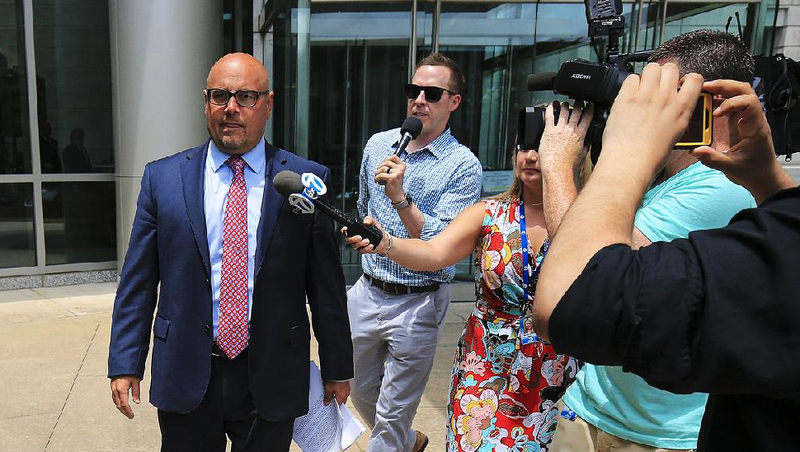 State officials and lawmakers said Tuesday that they are sad and disappointed over former Sen. Jeremy Hutchinson's admission to committing federal crimes.

Hutchinson, a Republican from Little Rock, served in the state House from 2001-07 and in the Senate from 2011 until he resigned Aug. 31 of last year. His resignation from the Senate came after he was indicted on 12 counts of wire fraud and tax fraud -- charges to which he initially pleaded innocent.

On Tuesday, he appeared in U.S. District Court in Little Rock to plead guilty to filing a false income tax return. He also pleaded guilty to a charge of conspiracy to commit bribery in a different jurisdiction, the Western District of Arkansas. Also, he said he planned to plead guilty July 8 in the Western District of Missouri to conspiring to defraud a federally funded charity.

"Jeremy has been engaged as a part-time legislator for many years, and I am deeply saddened with this breach of the public trust," Gov. Asa Hutchinson, who is an uncle of Jeremy Hutchinson, said in a written statement. "As a public official, I know the damage this does to public confidence and trust in our elected officials. We should all double our efforts to do the right thing in public office and to restore the public trust.

"As my nephew, I hurt for him and his children. My prayers will continue for Jeremy, and I am hopeful this chapter of Arkansas political history will soon come to a close," the Republican governor said.

But Lt. Gov. Tim Griffin, who presides over the Senate during legislative sessions, said, "I have zero tolerance for public corruption and am sick and tired of the abuse of trust exhibited by the seemingly endless parade of elected officials in and out of the federal courthouse.

"It is a cancer on our system in Arkansas, and leaders willing to confront it and clean up the mess must continue to root it out," the Little Rock Republican said in a written statement.

Attorney General Leslie Rutledge, a Maumelle Republican, said in a written statement that "though difficult, Jeremy took responsibility for his crimes against taxpayers."

Senate President Pro Tempore Jim Hendren, R-Sulphur Springs, who is a cousin of Jeremy Hutchinson, said it's a sad day anytime a public official acknowledges his guilt on charges in which he abused his office, and it's sad when a relative is involved.

"It is certainly not a day there is joy in," he said in an interview.

Hendren said it's clear that "there is some serious consequences for some of the activity that has been going for too long" at the state Capitol.

The Senate Ethics Committee will continue to look for further measures to make sure that "the integrity of the Legislature is protected," he said.

Senate Democratic leader Keith Ingram of West Memphis, who sat next to Jeremy Hutchinson in the Senate chamber, said, "It's just very sad.

"But he has acknowledged his transgressions. I'm sure they will allow him to try to put this behind him. It is a very difficult and sad situation," he said.

"But I think what we are seeing is a curing of past practices that should have never been acceptable and [are] being snuffed out by law enforcement," Hester said.

"I am praying for his children, mother, father and brothers -- his entire family -- who are all wonderful people. And I'm praying for Jeremy, too," she wrote in her text message.

Sen. Kim Hammer, R-Benton, who won election to Hutchinson's Senate seat last year after Hutchinson bowed out of the race in September 2017, said, "My thoughts and prayers are with Jeremy and his family during this difficult time.

"It's been a long process and hopefully everybody will be able to move on beginning today," he said. "I appreciate the fact that the process has been able to work and come to a conclusion so the citizens can move on."

He said he will be interested to see if Jeremy Hutchinson has provided information to authorities as part of his plea deal.

"I am just wondering if there is more to come to light that needs to be brought out" about wrongdoing by public officials, Rice said.

Sen. Will Bond, D-Little Rock, said in a text message that "anytime an elected official breaks the law like this, it deeply damages our democracy.

"We must rebuild trust with Arkansans," he wrote.

"I hope there is still time to do that. Most elected officials are acting in the public's best interest and not just their own, but the doubt and cynicism these type of actions create is terrible for Arkansas. We must do better at policing ourselves. People must have trust in their elected officials for real sustained progress to be made for Arkansas. We made some good strides on ethics last legislative session, but there is much more to do."

A year ago, the Senate approved an overhaul of its ethics rules to create an ethics committee, prohibit senators from certain activities involving conflicts of interest and require more disclosure of other conflicts and their personal finances.

These changes were approved nearly two weeks after lobbyist Milton "Rusty" Cranford's June 7, 2018, guilty plea in federal court accused "Senator A" -- acknowledged as Jeremy Hutchinson by his attorney -- of accepting payoffs along with Wilkins and Woods. At that time, Hutchinson, through his attorney, denied any wrongdoing.

The Senate's overhauled ethics rules now require senators who are attorneys or consultants and have been retained by registered lobbyists or individuals or entities who employ registered lobbyists to disclose such clients and the income derived from the relationships by submitting forms to the secretary of the Senate by Jan. 31 of each year.

During this year's regular session, the Republican-controlled Legislature enacted three of six ethics bills for which legislative leaders from both parties signaled support.

The two more significant measures are Act 879, which will increase the penalties for taking campaign funds exceeding certain levels and using them as personal income, and Act 341, which will increase from $2,000 to $3,500 the maximum fine that the Arkansas Ethics Commission can issue for an ethics violation. The laws become effective July 24.

Shepherd served as chairman of the House Judiciary Committee in 2017, while Hutchinson led the committee's counterpart in the Senate, and the pair worked on an overhaul of the state's parole and probation system.

Shepherd said he was unaware of any additional lawmakers speaking to the FBI. Former colleagues who had been caught and pleaded guilty to corruption "are being called to account for that," he said.

"When people do these kinds of things and violate the trust of the public, there needs to be accountability," said House Republican leader Marcus Richmond of Harvey, later adding the warning, "They usually get caught."

"It kind of puts a cloud over politics and the people that are doing good work," House Democratic leader Fred Love of Little Rock said. 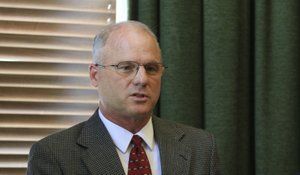