Russia pushes back as U.S., Israel press to isolate Iran 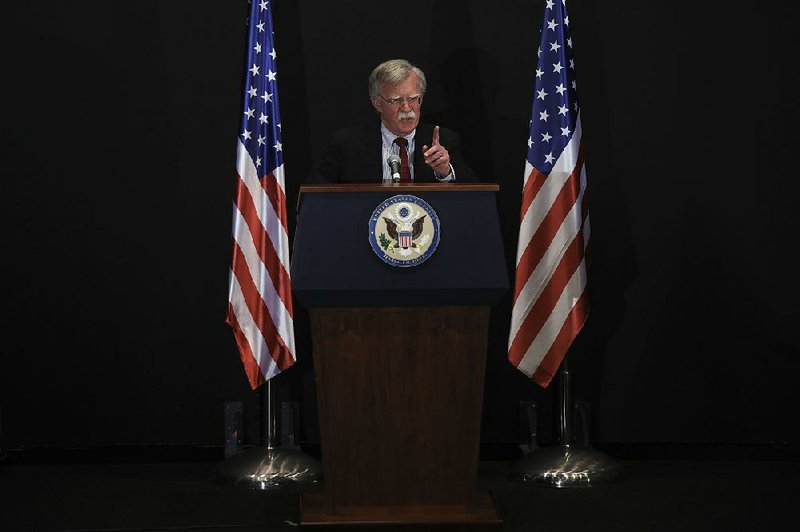 National security adviser John Bolton said Tuesday in Jerusalem that the U.S. and Russia shared the position that Iranian forces “and surrogates” should be removed from Syria.

Russia pushed back against U.S. and Israeli attempts to isolate Iran at a rare three-way meeting of their national security chiefs designed to bridge disagreements over the Iranian presence in Syria.

Israel and the U.S. want Russia, whose military is backing Syrian government fighters, to force Iran and its proxies to leave Syria as its eight-year civil war winds down. National security adviser John Bolton said America and Russia were on the same page when it came to removing Iranian forces from Syria, a message echoed by summit host Israeli Prime Minister Benjamin Netanyahu.

"It's not a question, I think, of a disagreement about the outcome, but a mutual effort to find a way to make it happen," Bolton said at a news conference in Jerusalem. "In our view, that ought to be in the context of a general withdrawal of Iranian forces and surrogates from areas of conflict back into a nice happy peaceful life in Iran without nuclear weapons."

But Russia, which is fighting alongside Iran and its proxies in Syria, delivered a starkly different message.

"Iran has been and remains our ally and partner, with whom we are consistently developing relations both bilaterally and in multilateral formats," Patrushev said to reporters after the talks. Attempts to equate it with terrorist organizations such as the Islamic State "are unacceptable," he added.

While Russia is a key power broker in Syria and likely seeks to limit Iran's competing influence there, it doesn't have the means to pressure Tehran for a full pullout. And its policy of maintaining ties to all major players in the region means it can't afford to antagonize the Islamic Republic.

Israel sees the buildup of Iranian and allied Lebanese Hezbollah forces on its northern doorstep as a significant threat, and it has struck arms convoys and other targets hundreds of times over the past few years, Netanyahu said. Russian President Vladimir Putin is expected to visit Israel this year, and ousting foreign forces from Syria will be on the agenda, he added.

"We are determined to remove Iran from Syria," Netanyahu said after the meeting. "The two superpowers, together with Israel, agree that we must aspire to the goal in which all foreign forces that have entered Syria since 2011 leave Syria."

Patrushev had harsh words for Israel's military operations, which rely on Russia turning a blind eye.

"We spoke about the fact that this is undesirable and that we should establish closer cooperation between the defense ministries of Israel and Russia," he said. "Many strikes can be avoided by dealing with situations that concern Israel through nonmilitary means."

Information for this article was contributed by Henry Meyer of Bloomberg News. 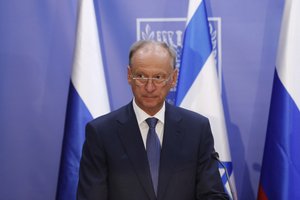