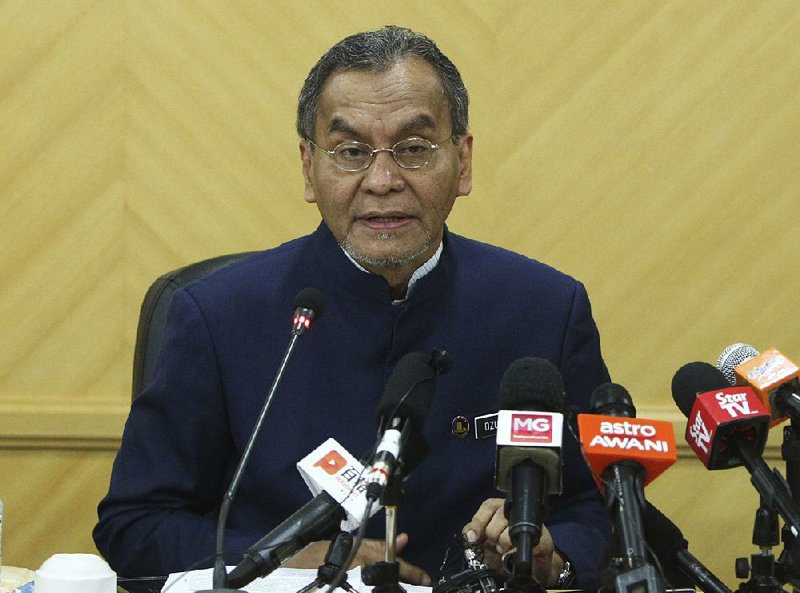 Malaysian Health Minister Dzulkefly Ahmad said in a statement that addicts will now be treated as patients, not criminals.

KUALA LUMPUR, Malaysia -- Malaysia's government plans to drop criminal penalties for the possession and use of drugs in small quantities to battle addiction but stressed the move is not akin to legalizing narcotics.

Malaysia has one of the world's harshest penalties for drug possession. Anyone found with 7.05 ounces of cannabis, 2.2 pounds of opium, 1.41 ounces of cocaine, or 0.53 ounces of heroin or morphine faces being charged with drug trafficking, which carries the death penalty.

More than 1,200 prisoners are on death row, most of them convicted of drug crimes.

Health Minister Dzulkefly Ahmad said in a statement Thursday that the proposal for the decriminalization of drug addiction will be a significant game changer. He said drug addiction is a complex, relapsing medical condition and throwing addicts into jail will not cure them.

"Drug decriminalization will indeed be a critical next step toward achieving a rational drug policy that puts science and public health before punishment and incarceration," Dzulkefly said. "An addict shall be treated as a patient, not as a criminal, whose addiction is a disease we would like to cure."

He said the move mustn't be mistaken as legalizing drugs, as drug trafficking will remain a crime.

More than 30 countries have adopted a drug decriminalization policy and research showed that it didn't increase drug use or drug-related crimes but helped to cut legal cost and improved social outcomes, he said. Officials said the proposal is still in an early stage and details have not been worked out.

Earlier this week, Home Minister Muhyiddin Yassin said most of the 70,000 prisoners in Malaysia's jails were drug addicts. With the proposed decriminalization, he said the addicts will be rehabilitated and given treatment, with strong support from family members and the community.

His ministry will look into the repealing of drug laws that criminalize the use of narcotics, he said, but didn't give further details.

More than two dozen medical and health groups have lauded the government's plan. In a joint statement, the groups including the Malaysian Medical Association and the AIDS Council said the present approach of punitive actions has led to harmful consequences including severe overcrowding in prisons and the spread of infectious diseases.

They said criminalization creates a cycle of imprisonment and poverty, with many drug users afraid to seek medical help for fear of punishment and a criminal record. In contrast, they said local evidence has shown that treatment of drug use reduces relapse and allows addicts to return to gainful employment, reconnect with families and contribute meaningfully to societies.