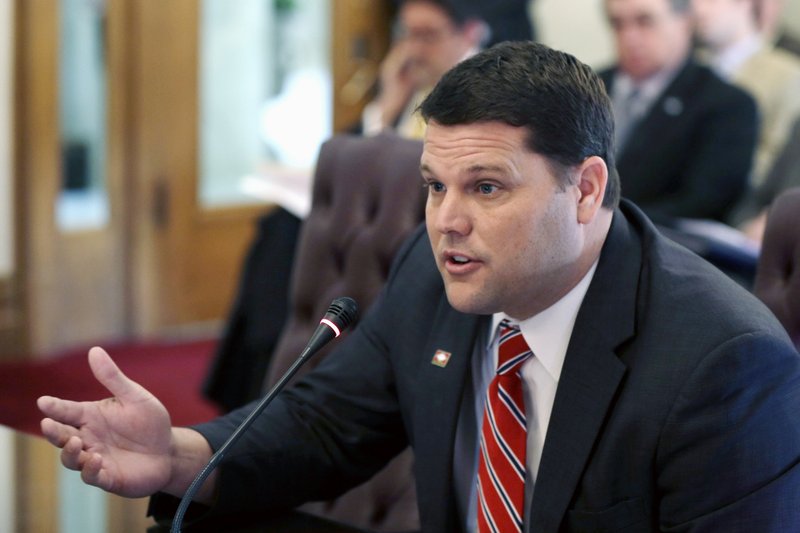 The provisions requiring the collection and remittance of the taxes were tucked into Senate Bill 576 by Sen. Bart Hester, R-Cave Springs, shown in this file photo.

Internet retailers with no in-state physical presence will be required to collect Arkansas sales and use taxes on purchases, thanks to a new state law that takes effect Monday.

Act 822 also will require marketplace facilitators, such as Amazon and eBay, to collect and remit the applicable Arkansas taxes on all sales conducted through the marketplace.

State officials estimate that the online sales-tax provisions will raise about $35 million a year more for the state and about $11 million more a year for cities and counties.

But some others question whether state officials are lowballing their projections.

The provisions requiring the collection and remittance of the taxes were tucked into Senate Bill 576 by Sen. Bart Hester, R-Cave Springs, which is now Act 822. The law also eventually will cut the state's top corporate income tax rate; extend the net operating loss carry-forward period for corporations; and overhaul the taxation of commercial carwashes.

Randy Lann, executive director of the Arkansas Home Furnishing Association, said he expects the online tax provisions to mean some small furniture stores that otherwise would go out of business in Arkansas will survive and larger furniture stores will expand in the next two years.

Arkansas' adoption of these online tax provisions is long overdue and most other states have adopted similar measures, Lann said.

Forty-two states have enacted remote-seller provisions, said Scott Hardin, a spokesman for the state Department of Finance and Administration.

Act 822 won't apply to every out-of-state Internet retailer. It applies to those that meet at least one of two conditions:

• It is limited to those that have gross revenue from any sales of products and services delivered into Arkansas that exceeds $100,000 in the previous calendar year or the current calendar year, according to the finance department.

• The law also will apply to retailers that have sold goods and services for delivery into Arkansas in at least 200 separate transactions, the finance department said in its legislative impact statement.

"These thresholds are identical to those imposed by South Dakota, which were ... upheld by the United States Supreme Court in South Dakota v. Wayfair [in June 2018]," the finance department said.

In a 5-4 ruling, the high court overturned a 1992 precedent that barred states from requiring businesses with no physical presence in those states to collect sales taxes.

According to the finance department, Act 822 "provides that the tax collection responsibility would not be applied retroactively, and businesses would be subject to the provisions only upon the effective date of the act."

That means out-of-state retailers will begin collecting the sales and use taxes on Monday and then remit the taxes in August, so any changes in revenue won't show up until the state's monthly revenue report for August is released in early September.

The finance department projected that in fiscal 2020 -- which also starts Monday -- these new taxes would raise $32.4 million. Of that amount, $21.7 million would be state general revenue. The rest of the money would go to cities and counties.

The $21.7 million projection is included in the forecast for a $75.3 million increase in general revenue from sales and use tax collections, which are estimated to total $2.57 billion in fiscal 2020.

For fiscal 2021, which begins July 1, 2020, the finance department projected $35.3 million more in state sales and use revenue, including $20.3 million in state general revenue, and $11.8 million more for cities and counties.

Paul Gehring, an assistant revenue commissioner for the finance department, said about 80% of the department's revenue estimate is attributable to anticipated collections by marketplace facilitators.

On April 4, state Rep. Dan Douglas, R-Bentonville, who was the House sponsor of SB576, told his colleagues that "the Internet sales portion [of the bill], that's kind of a WAG and a WAG is a wild-ass guess ... because we don't know how many of these current retailers are currently collecting and remitting and who all isn't."

Josh Waters, a lobbyist for the conservative Conduit for Action group, suggested to a House tax committee that the finance department's projections are too low.

Brenda Vassaur Taylor of Fayetteville, co-founder of Conduit for Action, said last week in a written statement that the "goal of the governor and 92nd [General Assembly] appeared to be a desire to raise more revenue while shielding this intent with some form of tax cuts ... this was clear in the Internet sales tax bill.

"The projected figure for increased revenues given in the estimates was the lowest heard to date," she said. "The Internet is increasing in online use daily. It does not stand to reason that the number should have dropped so suddenly and significantly from prior years' estimates."

She also pointed to past statements of projected revenue from various officials ranging from U.S. Rep. Steve Womack, R-Ark., to Douglas' "WAG" statement.

Womack said in an interview that the accuracy and reliability of studies on increased tax revenue for the state from online sales are unknown.

"I don't know of any reliable way to get seriously accurate data," he said.

"My guess is we need a good 90 days to see what the true impact will be" as well as 12 months of collections to compare to the previous year," said Womack, who was unsuccessful in gaining congressional approval of legislation to make it easier for states to collect taxes on Internet sales that are owed by consumers, but are typically unpaid.

In February 2017, Amazon announced that it would begin collecting taxes on its sales to Arkansans on March 1, 2017, and paying those taxes to the state government.

Two years ago, then-state Sen. Jake Files, R-Fort Smith, fell short of getting a similar bill -- SB140 -- through the House. Files estimated that the bill could increase state tax revenue by up to $100 million a year.

Files' estimate was in line with figures often cited by state lawmakers and officials for more than a decade at the state Capitol.

For example, in 2005, Tim Leathers, deputy director of the finance department, said Arkansas could collect more than $100 million a year in additional state and local sales and use taxes on electronic commerce purchases, citing a 2004 University of Tennessee study.

That additional tax revenue was contingent on the state being a full participant in the Streamlined Sales and Use Tax Agreement and Congress' approving federal legislation to require remote sellers to participate, he said at that time.

Gehring said in a recent written statement to the Arkansas Democrat-Gazette that the University of Tennessee study "was the first of its kind and was used for a great deal of estimating the potential online sales that existed at the time.

"Since that time, additional studies have been made on the size of the online sales market," he said.

In a November 2017 report, the U.S. Government Accountability Office provided a state-by-state estimate on additional tax revenue collected from online sales, and the estimate for Arkansas was $123 million to $169 million, Gehring said.

Also, Arkansas has seen an increase in the number of out-of-state vendors that registered voluntarily under the Streamlined Sales and Use Tax Agreement and have remitted taxes ahead of Monday's start date, he said.

Through March of this year, the finance department has collected about $137 million in state and local sales and use taxes as a result of its participation of the Streamlined Sales and Use Tax Agreement since 2005, Gehring said.

"Additionally, in preparing its revenue estimate for Act 822, DFA was mindful that business-to-business transactions are being included in the existing Compensating Use Tax Returns and audits," he said. "All of these factors allowed DFA to provide a more accurate estimate in 2018-2019 than was available in 2004."

Sen. Keith Ingram, D-West Memphis, said it's better to be conservative than to have a "big hole in the budget" if Internet sales tax revenue were to fall short of forecast.

"Nobody really knows what it is going to be," he said.

Hutchinson said in a written statement that for years, numbers in a 2004 study were cited in discussions about the tax potential for Arkansas.

"However, today many of the largest online retailers are remitting sales tax to the state," the Republican governor said. "[The Department of Finance and Administration] considers this along with a variety of factors, from internal analytics to federal data, in order to produce the most accurate possible projection. As we do with all revenue projections in order to plan responsibly, estimates are revised as new information is made available. I will continue to rely on DF&A and have confidence in the estimates provided."

In Texas, out-of-state remote sellers with at least $500,000 in Texas sales during the preceding 12 calendar months will be required to register with the Texas Comptroller of Public Accounts and collect and remit sales tax starting Oct. 1, said Kevin Lyons, a spokesman for the comptroller's office. Market facilitators also will have to pay online sales tax in Texas.

Texas officials project receiving $900 million more a year from online sales and use taxes in their next biennium, which starts Sept. 1 and ends Aug. 30, 2021, and about $1 billion more in the subsequent biennium, he said.

Texas officials project $107.3 billion in all state tax collections for the 2020-21 biennium, including $66.3 billion in sales and use taxes, he said. Texas has no state income tax. 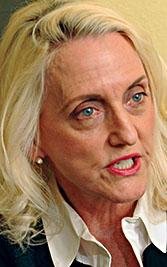 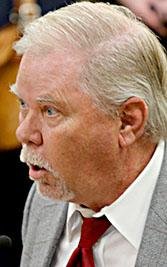 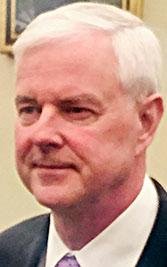 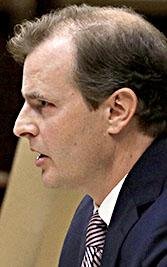 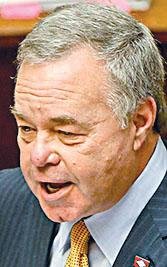