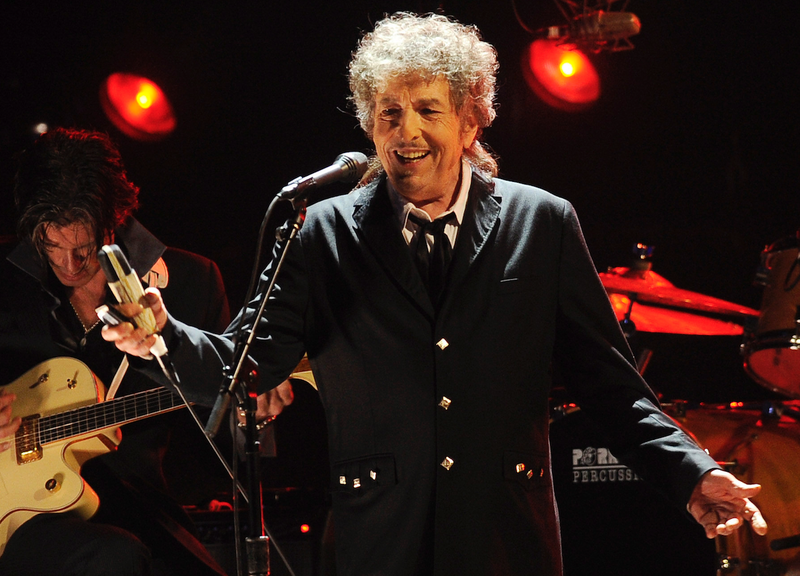 In this Jan. 12, 2012, photo, Bob Dylan performs in Los Angeles. A new book, "Bob Dylan's Poetics: How the Songs Work" takes an insightful look at his songs. (AP)

I guess I don't get summer reading.

Being a grown-up, I don't read books I don't want to read, even though I will allow that there are things I want (and need) to improve about myself. So I don't see any need to dedicate myself to reading for pleasure for a season -- just about all my book reading is for pleasure.

Still, publicists keep after me to include certain titles in the summer reading roundup they seem sure I'm writing. I think this is fine; they have their jobs to do and it can't be easy, seeing how there are so many books and only a few places where they have any hope of being mentioned and I don't mind reading murder mysteries and legal thrillers.

But I've only got a couple of hours a day (at most) to devote to reading books. So as well intentioned as I might be, I can only read a couple of books a week. Since this column runs roughly every two weeks, that means I have four options to write about, though I do cheat sometimes and write about a book I haven't quite finished or mention one I've barely dipped into.

The cruelest irony is that those books I like the best are the ones that tend to bog me down -- long wordy novels or something like Timothy Hampton's Bob Dylan's Poetics: How the Songs Work (Zone Books, $29.95) which, despite its dubious provenance (Zone Books is a division of M.I.T. Press and Hampton is Aldo Scaglione and Marie M. Burns Distinguished Professor of French and Comparative Literature at the University of California, Berkeley, which makes this undeniably an academic book), it's also as much fun as I've had with a book this year. It's right up there with the just-released James Ellroy I wrote about a couple of weeks ago and the new Jo Nesbo that's occupying my wife, Karen, at the moment.

And while it ought to go without saying that I'm talking strictly about my particular and peculiar tastes, I probably wouldn't write about any academic book that wouldn't be of interest to a general population. You needn't be a scholar to appreciate Hampton's clear-eyed analysis of how Bob Dylan does what he does and why it's different from what a lot of people think that he does.

Hampton gets extra points for arguing a point I have often made -- Dylan is not a poet (although he has read poets and understands how poetry works) or merely a great lyricist (I would make the argument his lyrics are rarely the most important component of his songs) but an artist whose medium is the performed song, the actual moving of air through space -- the musicality of a figure often (wrongly) berated as un-musical.

As Paul Simon has noted, a lot of pop music critics tend to treat pop songs as English Lit, probably because most writers feel more comfortable writing about words and their connotative charges than they do about the wordless communication of melody, harmony, arrangements and other spooky qualities.

You pull his words out of a musical context, as a lot of writers and critics have, and the whole thing falls apart. Hampton considers the songs holistically, which while obviously the way songs ought to be considered is somewhat more difficult than parsing lyrics and diagramming musical structures. (Somewhat like critiquing a photograph of a sculpture -- you can describe the line but miss the depth.)

Richly allusive and smart, Hampton is able to connect Dylan to the traditions of Petrarch, Kerouac and F. Scott Fitzgerald as well as Woody Guthrie, Charlie Poole and the Mississippi Sheiks without straining his metaphors. This is a convincing book as well as an exhilarating one that belongs in the library of anyone interested in our dark bard or of any singer-songwriter who is serious about the pursuit.

That's my summer read for ya. 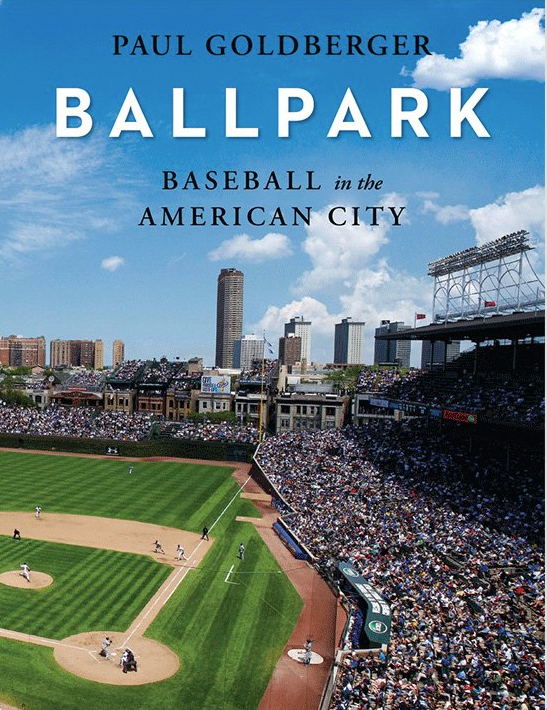 In the same mode, see architecture critic Paul Goldberger's Ballpark: Baseball in the American City (Knopf, $35) a nicely illustrated history of one of the greatest American building types. "As much as the town square, the street, the park, and the plaza, the baseball park is a key part of American public space," Goldberger writes, and proceeds to argue the point through clean and elegant prose that doesn't shy away from tough aesthetic judgments or romanticize a lost past.

Goldberger debunks the idea, codified in the syrupy 1989 film Field of Dreams, of baseball as a primarily rural pursuit.

"If there is something about baseball that bespeaks a nostalgia for the country, the reality of the game is far more connected to the city," Goldberger writes. ... the histories of baseball and the American city have been intertwined for more than a century and a half ... the true fields of dreams were in Brooklyn and Boston and St. Louis and Chicago rather than cornfields in Iowa. Baseball was indeed a city game."