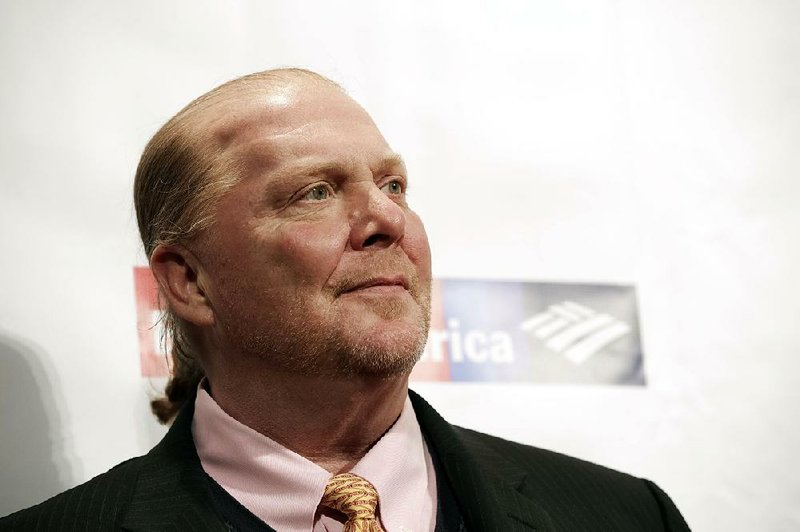 • The 20-year partnership between celebrity chef Mario Batali and the Bastianich family of restaurateurs was formally dissolved on Wednesday, more than a year after several women accused Batali of sexual harassment and assault. Batali "will no longer profit from the restaurants in any way, shape or form," said Tanya Bastianich Manuali, who will head day-to-day operations at a new company, as yet unnamed, created to replace the Batali & Bastianich Hospitality Group. The new company will operate the group's remaining 16 restaurants under a new management and financial structure. Bastianich Manuali and her brother, Joe Bastianich, have bought Batali's shares in all the restaurants. Batali is also selling his shares in Eataly, the global chain of luxury Italian supermarkets. Batali, in a statement Wednesday, said: "I have reached an agreement with Joe and no longer have any stake in the restaurants we built together. I wish him the best of luck in the future." In December 2017, news accounts of Batali's history of sexual aggression torpedoed his career and cast a shadow over all the restaurants he was involved in. In January, the New York Police Department closed two sexual-misconduct investigations into Batali without filing charges. The inquiry was sparked after a 60 Minutes report last May that detailed accusations of Batali groping women at a restaurant in Greenwich Village. The allegations also cost the chef his job as a co-host of ABC's cooking talk show The Chew in 2017.

• Country singer Kelsea Ballerini got a musical surprise of a lifetime in the middle of a duet with Little Big Town when the vocal group changed up the lyrics to their hit "Girl Crush" to ask Ballerini mid-song if she would join Grand Ole Opry as a member. The 25-year-old singer from Tennessee was invited to join Tuesday night live during the Opry show from Nashville, Tenn. The Grammy-nominated Ballerini, who will be the youngest current Opry member when she is formally inducted in April, broke out with her debut album For the First Time in 2015 with hit singles "Love Me Like You Mean It," "Peter Pan" and "Dibs." A shocked Ballerini told the crowd about going to the Opry as a teenager to watch her favorite country stars perform, dreaming one day of doing it herself. Ballerini said the first time she performed at the Opry years ago, before she ever had a hit single, that she teared up as she walked on the stage. "I do think that's one of the beautiful things about the Opry," Ballerini said. "'Cause every time I've gotten to play, there's something for everyone. If you love traditional country, if you love pop country, if you love anything in between, there's always something for everything." 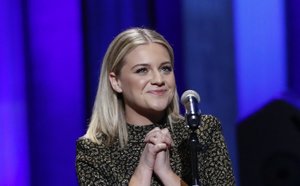