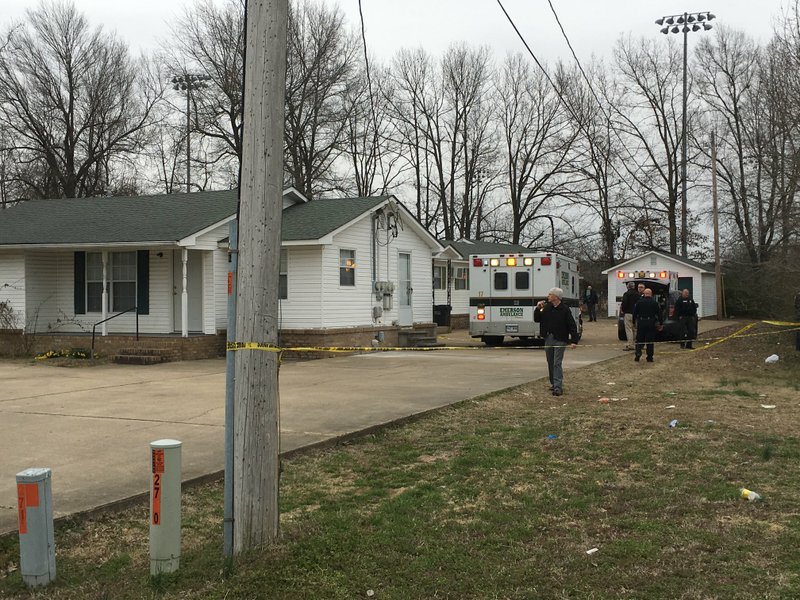 Two officers were in the area of Race Street and Curtview Drive when they were contacted by a property manager regarding drug activity in the area, police spokeswoman Sally Smith said in a news release.

Police said the property manager directed them to a specific residence where the manager had encountered two women who he believed were trespassing.

Officers said they began to check the area and spotted two individuals, one of whom they thought was a missing person, Nichole Herndon.

“As they approached closer, they recognized one of the two as Rodney Fisher,” Smith said. “Fisher was wanted in connection to last week’s homicide of David Marshall.”

Police said Fisher pulled a handgun on the officers and police fired back, striking the suspect, the release said. Fisher was transported to a local hospital where he died from his injuries.

Herndon was found safe at the scene, the release said.

“In the interest of transparency and department protocol on officer involved shootings, we have turned the investigation over to the Arkansas State Police,” Smith said.

Jonesboro officers had responded Feb. 28 to the 1100 block of French Street after a man was found dead there. The victim was identified as 44-year-old David Allen Marshall of Jonesboro.

Police said March 4 that they had upgraded Marshall's death to a homicide. Officers also had learned that Marshall’s roommate, Herndon, had been missing since Feb. 25 and had asked for assistance in finding her.