PRACTICALLY ACTIVE: To help a new habit stick, attach it to an old habit 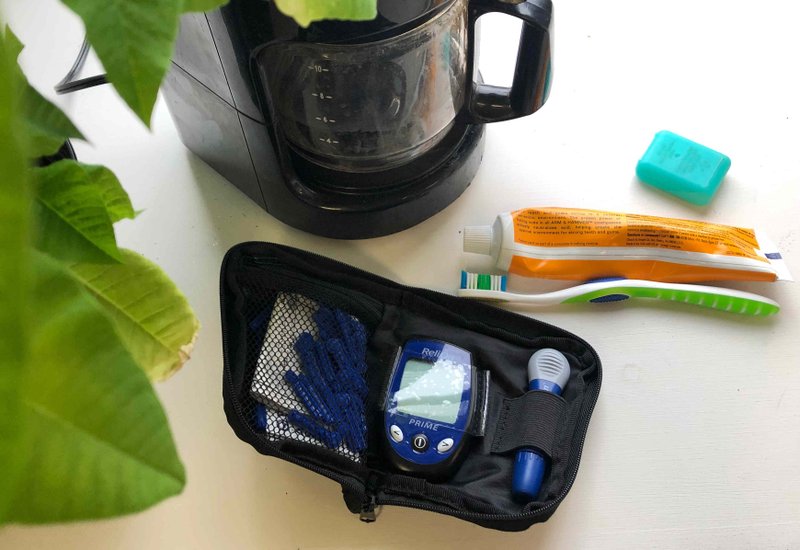 I've been thinking a lot lately about habits.

I've written about an article on the website of Diabetes Forecast magazine titled "Train Your Brain for Better Habits" (see my column from March 11). My takeaway was that as we perform certain tasks over and over, the loop in our brain that connects all related thoughts and actions gets stronger and stronger.

Thus we might — by simply making ourselves do the good thing — eventually form a habit.

It would help if all the good habits we wanted to form were pleasurable, but not every healthy behavior starts out that way. Case in point — checking blood glucose isn't fun, but it must be done. Can we, the writer of the article asks, turn it into a real habit as opposed to something we must keep forcing ourselves to do?

Maybe our best chance is to add something rewarding to it. One example is to make a chart and give ourselves check marks every time we check our blood glucose. Making that check mark and watching the marks add up could feel rewarding. A certain number of checks in a row could unlock a treat, such as a book or a small luxury.

But while working toward a long-term goal can be motivating, it also can be harder to stay excited about. Leonard Epstein, a professor at the University of Buffalo, says the problem could be that we undervalue future rewards. Immediate rewards seem more valuable.

We should try to bring the distant reward into sharper focus. Instead of saying we want to make lifestyle changes so we won't get diabetes and we'll live longer, it might work better to say we want to be around for the birth of our grandchildren.

Be specific. If you are a journaler or like to record messages to yourself, read or listen to your messages often.

In a 2017 study published in Personality and Social Psychology Bulletin, researchers asked gymgoers how much they enjoyed their workouts and how important it was to exercise to stay healthy. Those who enjoyed exercise tended to log longer sessions. The enjoyment outweighed exercising for their health.

But even if we feel rewarded while we're implementing a desired behavior, we might not develop the habit. The recipe for habit formation also includes cues, repetition and time.

Art Markman, a professor of psychology at the University of Texas at Austin, says that a habit is really a memory of what you're accustomed to doing in a particular situation. You get into a situation, the memory activates, and it drives you to a specific behavior.

What sets the process into motion is a cue. For example, a lot of smokers are triggered to smoke by having a cup of coffee, says Theresa Desrochers, an assistant professor of neuroscience, psychiatry and human behavior at Brown University.

But cues also can work for good habits. Sneakers by the bed can become a cue to exercise in the morning. Brushing your teeth can become the cue to floss.

The article gives the example of leaving your blood glucose meter on the counter by the coffee pot. If you already have the habit of grabbing a cup in the morning, seeing your supplies there becomes the cue to check your glucose. Eventually, just the smell of coffee might become that reminder.

I've heard varying ideas on how long it takes to form a habit. For some it may take only 18 days or 21 or 66 or — for some — a year. It has to do with many factors, such as how pleasurable the desired habit is, what's going on in our lives or whether we've set up strong enough cues. There doesn't seem to be a magic number. But the bottom line is that we have to be patient. The more we repeat a behavior, the more likely it eventually will turn into a habit.

Breaking a bad habit can be another problem. To undo a bad habit, willpower may not be the answer. While our brain is capable of stopping an action, ingrained habits force us to decide to stop again and again, and the habit could eventually win out, Markman says.

Think about what's keeping that bad habit in place and work to break it down, step by step. The cues that helped form the habit could be keeping it in place.