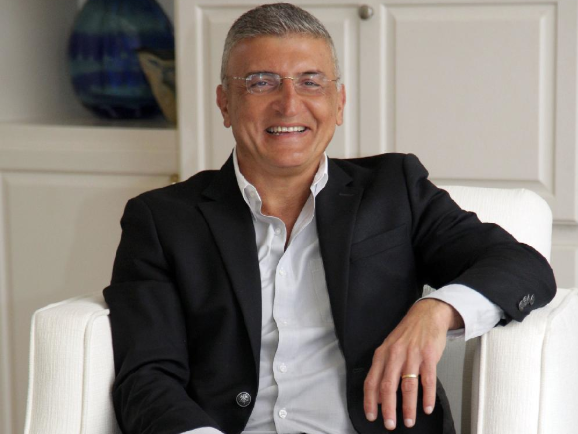 Little Rock surgeon Dr. Ali Krisht has been named this year's winner of an international award that's sometimes referred to as the "Nobel prize of neurosurgery."

The Herbert Olivecrona Award has been awarded most years since 1976 to recognize contributions in the field of neurosurgery. The Karolinska Institutet, a prestigious Swedish medical school, presents the award and hosts the committee that selects Nobel laureates in physiology or medicine.

Krisht, who leads the Arkansas Neuroscience Institute at CHI St. Vincent, is the third neurosurgeon who has practiced in Arkansas to receive the award. The two previous recipients were Dr. M. Gazi Yasargil, who received the prize in 1978, and Dr. Ossama Al-Mefty, who received it in 2011. He counts them as mentors.

"It's surprising because when I think of the people who received it ... I am not sure I can be compared to them," Krisht said.

Krisht is being recognized specifically for expertise in cerebrovascular, pituitary and skull base surgery, according to an award letter. He'll travel to Stockholm, where the Karolinska Institutet is located, to receive the award and deliver an accompanying lecture in May.

The Olivecrona Award is named for a professor who taught at the school until 1960 and is thought of as the father of modern neurosurgery in Sweden.

Krisht was born in Nigeria to a Lebanese family. He attended medical school at American University in Beirut and completed residency at Emory University in Atlanta, according to a 2017 High Profile article in the Arkansas Democrat-Gazette.

He came to Arkansas in 1994 in part to learn from Al-Mefty and Yasargil, who were then working at the University of Arkansas for Medical Sciences. Krisht and Al-Mefty went on to found the Arkansas Neuroscience Institute in Little Rock in 2009.

Though he often hosts training sessions for aspiring and mid-career surgeons from around the world, Krisht said he has trouble seeing himself as someone with unique abilities, relative to other doctors or students.

He tells students, "I don't do anything you should not be able to do. I have a different attitude."

Also, "to me [surgery] may be like every day, but you have to elevate yourself to the patients' experience," he said. "This is to them the most important day of their life, so you cannot take it lightly."

That was true for Suzette Elmore of Lonoke, who credits Krisht with saving her life about 15 years ago, when he was practicing at UAMS.

Elmore, 60, was at church when she first felt the headache that turned out to signal a ruptured aneurysm. Krisht was the doctor who performed a six-hour surgery to repair it and who fixed another aneurysm that was revealed on one of her scans nine months later.

That's also true for Little Rock radio host Sonta Jean, 49, who met Krisht with Dr. Ali Raja as part of a team of neurosurgeons who treated her for two aneurysms in 2016.

"Not a day went by that he did not check on me that morning and make me clearly understand, well, this is where you are. This is what we have going on," she said. "I can't talk about it without being thankful, just knowing that some people aren't as lucky."

Krisht -- whose interviews have a tendency to be interrupted by phone calls about patient statuses and quick glances at brain scans -- said his future plans include expanding the Arkansas Neuroscience Institute, which officially opens a $17 million surgery, education and research facility at CHI St. Vincent's Sherwood campus June 14.

He said he and Al-Mefty started at the institute with a vision of it becoming "the Mecca of good surgery ... [but] there is much more that can be achieved if we put more effort into it."

Among other things, he wants to add Ph.D.'s and researchers to tackle diseases currently considered untreatable or inoperable.

He said some surgeries that he currently performs were once thought impossible by other people working in the field.

"It's easy to produce many people who play the violin, but it's not easy to produce a virtuoso. And in what we do, you really have to have a bunch of virtuosos," he says. "So maybe I'm putting together my orchestra."