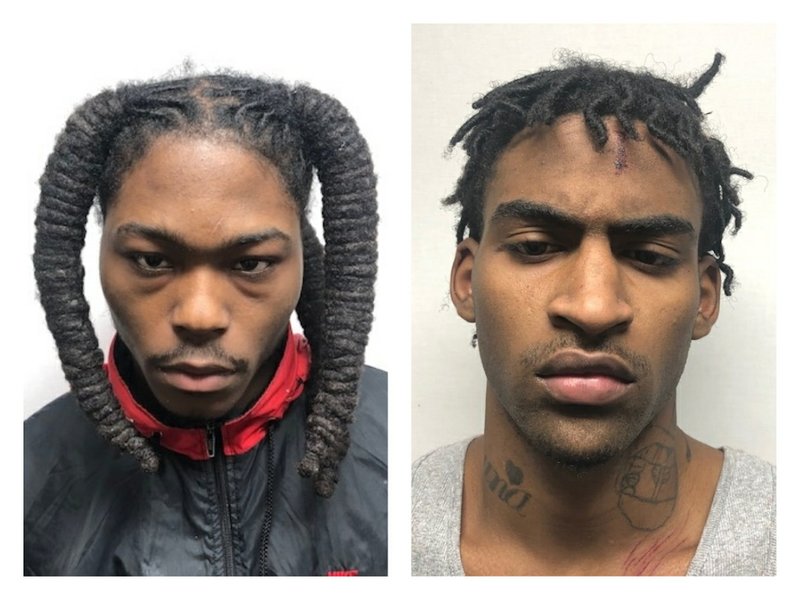 A U.S. military serviceman tried stopping a North Little Rock gas station robbery by tackling one armed assailant before a second man fatally shot him, according to court documents released on Tuesday.

A probable cause affidavit filed in North Little Rock District Court details how two robbers entered the Valero Big Red on Friday night while waving handguns and ordering at least eight customers in the store to the ground. According to the document, one of the robbers approached the counter and said: “You think this is an (expletive) game” before demanding the register be opened.

Two suspects — 18-year-olds Drequan Lamont Robinson and Keith Harris Jr. — have been arrested, and police were still searching for a third person on Tuesday. Robinson is accused of fatally shooting 23-year-old Shawn Mckeough Jr., a senior airman stationed at the Little Rock Air Force Base.

Harris, who is believed to be the getaway driver, was aware of the robbery, the North Little Rock Police Department said.

Authorities said it appeared Mckeough intervened by tackling one of the robbers before Robinson shot him in the head.

Sarah Terrano, Mckeough’s girlfriend, said the couple and a few of their friends had just gone to dinner before they stopped at the gas station.

Terrano said she saw two young people rush in and point guns at her friends as they went to the ground while she waited in an Uber outside.

She said she knew Mckeough would intervene. “He would have done that anywhere or anytime,” Terrano said an in an interview Tuesday. “He served our country the best he could.”

Terrano said she saw Mckeough lunge at one of the assailants, putting him out of her sight. Then she heard a single gunshot.

Mckeough died at the scene.

The gunmen fled the gas station after the shooting, she said, likely without taking any money.

Robinson was charged with capital murder and aggravated robbery following his arrest Monday afternoon at a Little Rock hotel.

Probable cause affidavit for Robinson's arrest

A former classmate identified Robinson after recognizing the black Nike hoodie he drew over his face from surveillance video released by authorities, the affidavit said. Several other anonymous tipsters also identified the North Little Rock resident.

Harris told investigators that he had been riding with Robinson and another armed person for an hour to scope out businesses to rob before parking a block away from the downtown Valero, according to the arrest report.

The report said Harris declined to go into the store but “he made no attempt [to] exit the vehicle or contact law enforcement.”

A second armed robber who entered the store wearing a panda hood hasn’t been arrested.

Mckeough began his service in 2015 and worked as an aerial delivery operations specialist at the Little Rock-area base, the Air Force said.

He received awards during his service, which saw him deploy to Germany, South Korea and Kuwait, as well as some conflict areas.

“It was hard for all of us worrying about him in all the places he served and then thinking he’s safe in his home country,” Terrano said. “I thought he was safe here.” 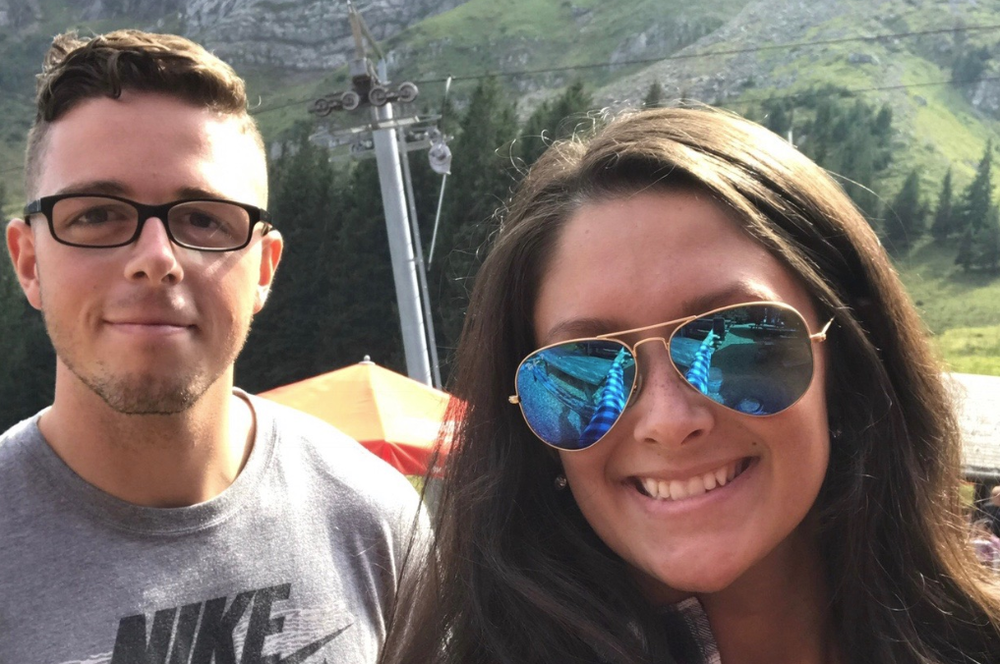 Last Wednesday was the couple’s three-year anniversary since they started dating, Terrano said, adding that they had moved to North Little Rock last December.

His death has led to an outpour of support and condolences from his fellow service members and in his home state of Maine.

U.S. Sen. Tom Cotton said in a statement Tuesday that Mckeough was “called by duty” and died doing what he was trained for: “protecting his fellow citizens from danger.”

“We mourn his death and grieve with his family, yet we also celebrate his life, his courage, and his service,” Cotton said.

Authorities offered a $10,000 reward for information leading to the arrest and conviction of the robbers.

Robinson’s attorney, Bill James, said he was reviewing the charges. “It’s certainly a tragedy no matter what happened,” he said.

Both men remained in the Pulaski County jail on Tuesday after a district judge ordered them held without bond ahead of appearances in May.

Funeral arrangements for Mckeough were pending, though Terrano said the service will likely be in Maine.