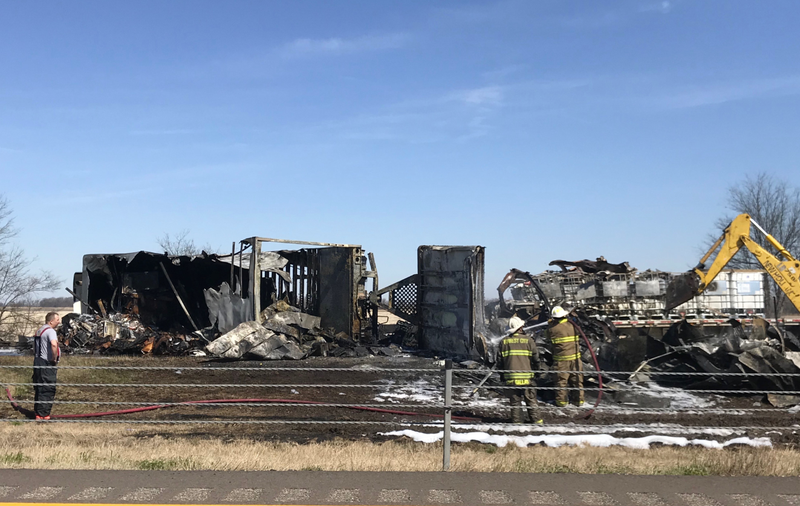 Crews work to clear wreckage from a fiery wreck along Interstate 40 in eastern Arkansas on Friday.

The Arkansas Department of Transportation reported one crash just after 9 a.m. in the westbound lanes of I-40, east of Forrest City in St. Francis County. The Arkansas State Police confirmed at least one person died after two commercial trucks crashed.

The eastbound lanes, meanwhile, were blocked about 3 miles east of the fiery wreck after noon "due to a serious accident" that involved five vehicles, the highway agency said.

State police spokesman Bill Sadler said that wreck happened around 11:30 a.m. and two people were killed in the multi-vehicle crash.

The names of the people who died were being withheld until authorities can notify the families of the deceased, Sadler said.

The westbound lanes remained closed early Friday afternoon where the crash happened as recovery crews worked to remove what appeared to be the remains of heavily charred and damaged tractor-trailers.

Highway officials said the inside eastbound lane was opened but traffic was still being diverted around the area. Officials reopened a westbound lane about 2 p.m.