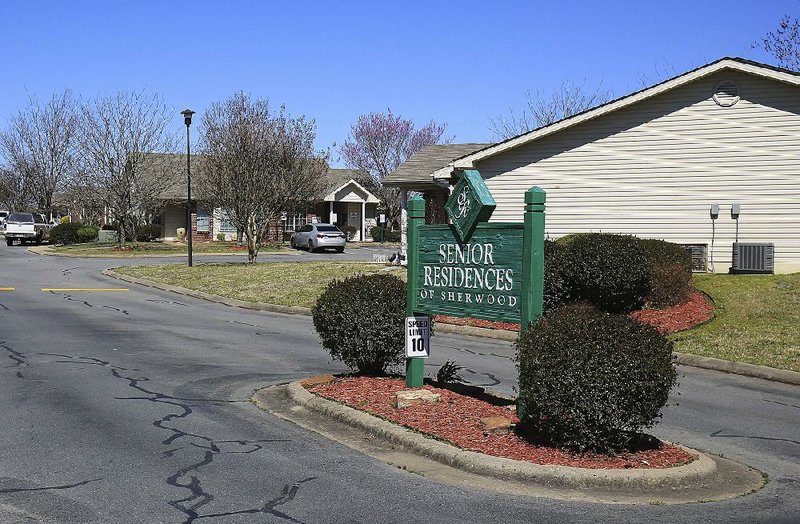 The facility -- Senior Residencies of Sherwood -- is at 201 Teague Lane.

The buyer, an affiliate of Read Property Group LLC of Brooklyn, also paid $3.5 million to buy Senior Residences of Jacksonville I, an 80-unit complex at 818 E. Martin St.

Both complexes were built in 2002.

The seller of the two apartment complexes is in Bee Cave, Texas. William Wenson is manager.

GH Properties LLC paid $1.1 million last month for the 16,000-square-foot building that housed the Gary Eubanks & Associates law firm until 2009 and Gary Holt & Associates since then.

Gary Eubanks sold the building at 708 W. Second St. in Little Rock. It appraised at nearly $1.2 million this year.

At one time, the law firm was the largest personal-injury firm in the state, Holt said. In recent years, Holt was forced to downsize drastically for health reasons, he said.

The Eubanks firm was one of the first in the state -- Holt said it was the first -- to benefit from a U.S. Supreme Court decision that allowed law firms to advertise.

The decision was a total change for lawyers, said Holt, who joined the Eubanks firm in 1981. Before the ruling it was considered unethical for attorneys to advertise, he said.

"Craig O'Neill [the television personality] used to do the ads [for the Eubanks firm]," Holt said. "Unlike anything else we ever did, it was something like Gary Eubanks looking like Willie Nelson."

One tag line made a significant difference for the firm, Holt said.

"We'll win your case or you don't owe us a dime," Holt said. "It was something we hit on that resonated. It became our call line."

One Eubanks ad included the line and all of a sudden the response was astounding, Holt said.

"People just don't understand that we operate under a contingency fee but they understood that," Holt said.

When Holt bought the firm from Eubanks in 2009 he bought the name and the corporation but not the two-story building, which was built in 1972.

But Holt was adamant that the sale would include the ad line, he said.

"I told Gary when I bought the firm that copyright or no copyright, that's coming with me," Holt said. "I still use it."

Despite having the same initials, Gary Holt is not part of GH Properties, Holt said. It is only coincidental, Holt said.