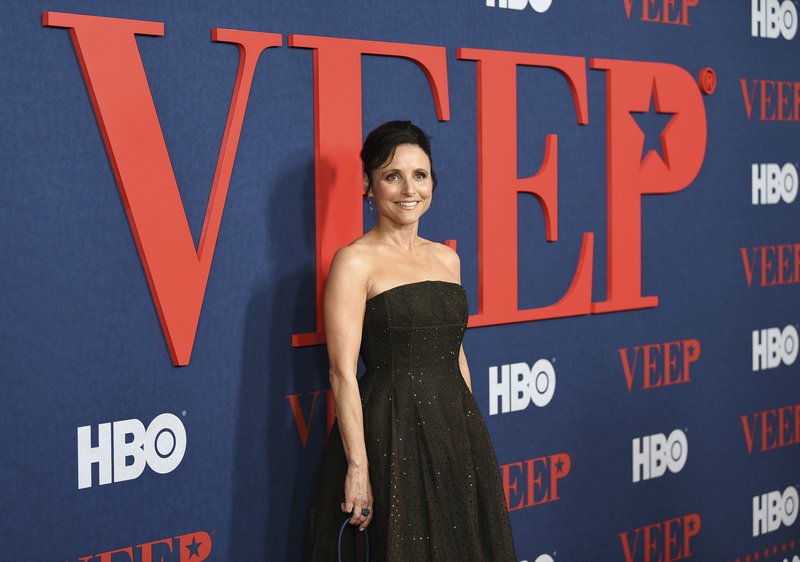 Actress and executive producer Julia Louis-Dreyfus attends the premiere of the final season of HBO's "Veep" at Alice Tully Hall on Tuesday, March 26, 2019, in New York.

• Julia Louis-Dreyfus still had tears to shed as she said her official farewell to Veep. The only problem is she forgot to take along tissues. Shooting wrapped up for the series in December, but those tearful goodbyes were not enough as she and the cast of the HBO comedy series walked the red carpet for the last time Tuesday. The final season of Veep premieres Sunday night on HBO. The multiple Emmy Award-winner, who plays politician Selina Meyer, shared what fans can expect from her character in the political comedy's seventh and last season. "Selina Meyer is going to try to make a run for the presidency, yet again. She's been veep. She's been the president. She wants to be the president again. But it's extreme this season. We definitely push the edge of the envelope, and it's going to get pretty raucous," Louis-Dreyfus said. When the series premiered in 2012, the political landscape was far tamer than it is today, and while the funniest moments centered on true accounts, the story lines were usually not stranger than the reality. Actors Matt Walsh and Timothy Simons joked about what an episode of Veep would be like if something like special counsel Robert Mueller's report on Russian interference in the 2016 election was about to be released. "Can I describe an episode, what that would be like? Selina would try to burn it," Walsh said. "She'd probably disappear and get a face-lift to create a distraction."

• Colombian singers Shakira and Carlos Vives appeared in a Madrid court Wednesday to answer allegations by a Cuban-born singer and producer that they plagiarized his work in their award-winning hit "La Bicicleta." Shakira smiled as she entered the court in downtown Madrid but didn't answer reporters' questions. Shakira and Vives rebutted the allegations by Livan Rafael Castellanos that "La Bicicleta" -- which means "The Bicycle" in English -- contains lyrics, rhythm and melody similar to those of his 1997 song, "Yo te quiero tanto." Shakira, whose full name is Shakira Isabel Mebarak Ripoll, told the judge that Castellanos' song "is nothing like ... La Bicicleta, the melody is different, the music is different, the subject matter is different," according to private Spanish news agency Europa Press. "My [song] talks about my homeland, it's a salute to my homeland -- Barranquilla, Colombia -- not Cuba." "La Bicicleta" won two of the three biggest Grammy Latino awards for 2016, including song and record of the year. Castellanos claims that music experts support his claim of plagiarism. "Let's see whether we can finally get to the bottom of this and justice can be done," he said a telephone interview. The court is expected to deliver its verdict in 20 days. 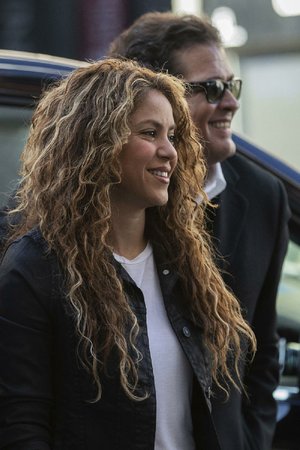