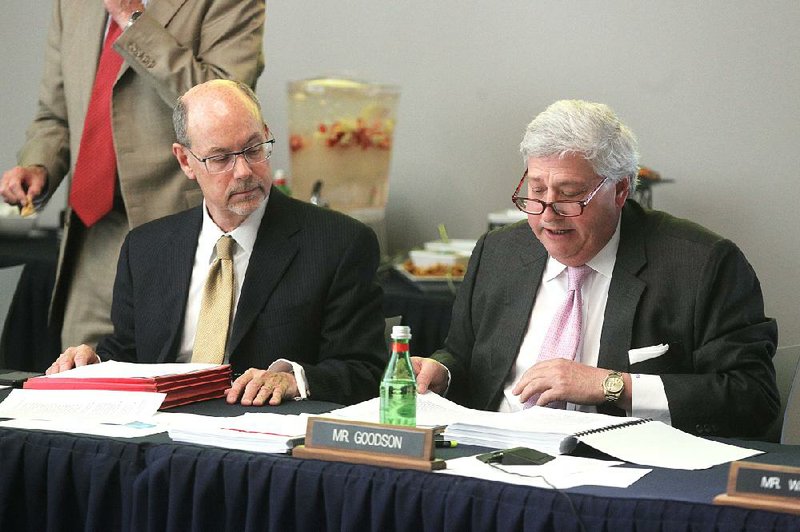 "This is enormous, and a big responsibility for this body," Trustee Steve Cox said. "I'd like to make sure we understand what we're getting into here."

The project would make updates at UAMS in the areas of energy efficiency, infrastructure and deferred maintenance, including the construction of a new generator plant on the east side of the hospital and medical school's campus.

The most expensive part of the project with a projected cost of about $51 million, the plant would replace 19 diesel-powered generators and provide backup power to that side of campus.

It would allow the institution to take advantage of a special utility rate from Entergy that would lead to roughly a 40 percent discount, or $2 million a year in savings, Bernhard Energy Solutions Chief Operating Officer Tim Staley said during a presentation about the project. Bernhard is the contractor UAMS selected to perform the work.

Trustees questioned UAMS officials and Staley on Wednesday about specifics, including the cost per kilowatt of the plant and the net present value of the improvements, which was listed as $1,635,409 in agenda materials for the meeting.

"I thought that was an awful small number, given the magnitude of the project," Trustee C.C. "Cliff" Gibson III said.

UAMS Chancellor Cam Patterson said the project shouldn't be viewed as offering the same return as an investment. Rather, it would provide ongoing energy savings over 23 years and would attend to deferred maintenance, which was needed throughout the UA System, he said.

As proposed, the project would be paid for via a University of Arkansas System bond issue.

Trustees tabled a vote on the project so they could gather more information, a process that they said would take place within the next 30-45 days.

"We've made great strides at UAMS. I'd hate to see us spend this much money and put us in a bind again," Cox said.

The trustees' approval is the last step needed for the project to move forward.

If approved, the endeavor also would make changes to the layout of Pine and Cedar streets near the campus, which is also near where the new plant would be located.

UAMS officials said that part of the project, which is expected to cost around $12 million, would expand parking and address safety issues for employees crossing the street in that area.

That part of the project has the support of Little Rock Mayor Frank Scott Jr., Patterson said.