Legislation that would require out-of-state online sellers to collect sales and use taxes from in-state purchasers and change the state's corporate income tax code failed to clear the House Revenue and Taxation Committee on Thursday.

In a voice vote with no audible affirmative votes, the 20-member tax committee declined to approve a motion by Rep. Dan Douglas, R-Bentonville, to recommend House approval of Senate Bill 576 by Sen. Bart Hester, R-Cave Springs. Douglas is the House sponsor of the bill.

SB576 also would phase in a reduction in the top corporate income tax rate from 6.5 percent to 5.9 percent, phase in an extension of the five-year carry-forward period for businesses' net operating losses to 10 years, and provide for a single-sales factor for the apportionment formula used by corporations for income tax filings.

But the bill's "sticking point," Douglas said Thursday night, was its provisions changing the taxation of car washes.

"Everybody is amenable to everything else, so we either have to completely remove the car wash portion or in all fairness we need to make it more equitable for all parties involved in the car wash industry," he said.

"I think we need to collaborate with multiple parties involved here and come to a consensus that we can move forward with," Douglas said. He added he hopes to meet with other lawmakers and Gov. Asa Hutchinson about the matter soon.

The Senate-approved version of SB576 would provide a car wash-related sales-tax exemption, levy a new annual fee on some car wash operators and add a monthly water-use fee on operators of car wash tunnels. But then the bill was amended in the House to address concerns raised by officials of Zips Car Wash, who warned it would cost them about $440,000 a year more in state taxes.

Brad Vaden of Team Clean Car Wash told the House committee that the family owned business has seven locations of car wash tunnels and they oppose the car wash portion of the bill.

"What has happened here is a sales tax redistribution, if you want to call it that, like an income redistribution," he said. "The full-service car wash industry is going to reap a huge windfall.

"I am asking the committee members that you would amend SB576 to just remove the car wash portion. How does this fit in with these economic development portions of the bill anyway? At least if you can't remove it, just ... just leave the tax for services provided, manual labor, employees adding value to the process, leave that tax on those ancillary services and the equity would remain."

Jim Bearden of Car Wash USA told the committee that the company has 12 locations and plans for 10 more. He said he opposes the car wash portion of the bill and agreed with Vaden's testimony.

But Sam Neely, chief financial officer of Zips Car Wash, told the committee, "We are here willing to support the amendment as it stands, due to the reduction of rates and inclusion of other competitors in the water tax.

"I think the amendment is a fair compromise from where we were. While it may have some faults, it's a million times better and less punitive and I support it and I commit to monitoring it closely and following the actual effect of this new tax and keep the committee informed over the next year about its progress if it is to pass," he said.

Rep. Gayla McKenzie, R-Gravette, said, "I don't know why you car folks are in this [bill]. It just doesn't make a bit of sense to me."

Officials for the Arkansas State Chamber of Commerce, Arkansas Grocers and Retail Merchants Association and Arkansas Homefurnishings Association testified for the bill, while a representative of Conduit in Action opposed the legislation's Internet sales tax provisions.

Under SB576, out-of-state remote sellers without a physical presence in the state would be required to collect and remit sales taxes on annual sales of more than $100,000 from products and services delivered into Arkansas, the state Department of Finance and Administration said in a legislative impact statement on the bill. Alternatively, such sellers would be required to collect sales taxes if they sold products and services for delivery in Arkansas on at least 200 separate transactions.

They would begin collecting the tax July 1 under the bill, the finance department said. The sales thresholds would apply to the previous calendar year or the current year.

SB576 also would require "marketplace facilitators," such as Amazon or eBay, that sell or facilitate sales for their participating sellers, to collect and remit applicable state sales taxes on all purchases through the marketplace, according to the finance department.

Changing the apportionment formula for multistate corporations from three factors to a single-sales factor would increase state revenue by $357,000 in fiscal 2021 and $714,270 in fiscal 2022 and beyond, according to the finance department. 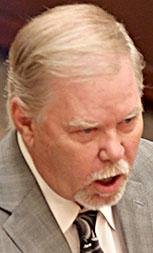