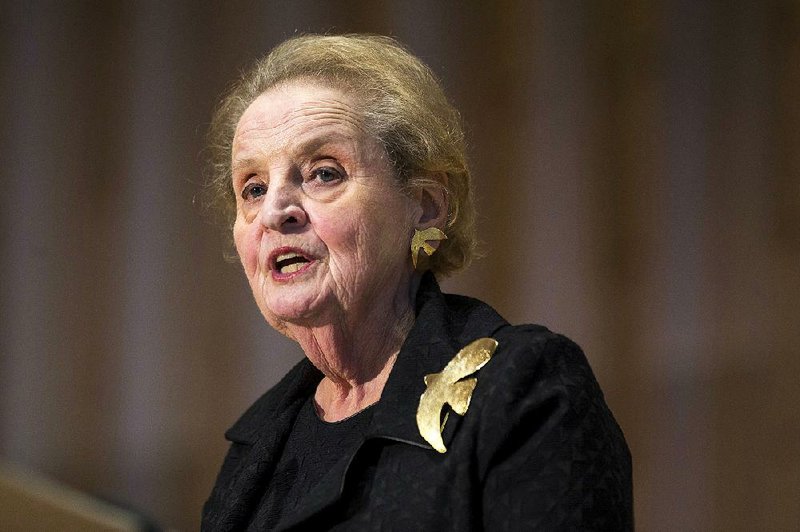 Albright was the first woman to serve as secretary of state of the United States. At her Little Rock appearance, she will discuss her life and career, and her newest book, Fascism: A Warning.

Her appearance will begin a new speaker series titled "Bridge Builders." Each featured speaker will share insights on important challenges, opportunities and issues of the day, and audience members will be encouraged to learn more or do something that adds to the bridge, according to a news release. The series is presented by the William J. Clinton Presidential Center and sponsored by Coulson Oil.

Admission is free to "Bridge Builders: An Inspiring Conversation with Dr. Madeleine Albright," but reservations are required at https://wjcf.co/bridgebuilders or by calling (501) 748-0425.

The event, which is scheduled to begin at 6 p.m., will be held at Hall High School, 6700 H Street, Little Rock.