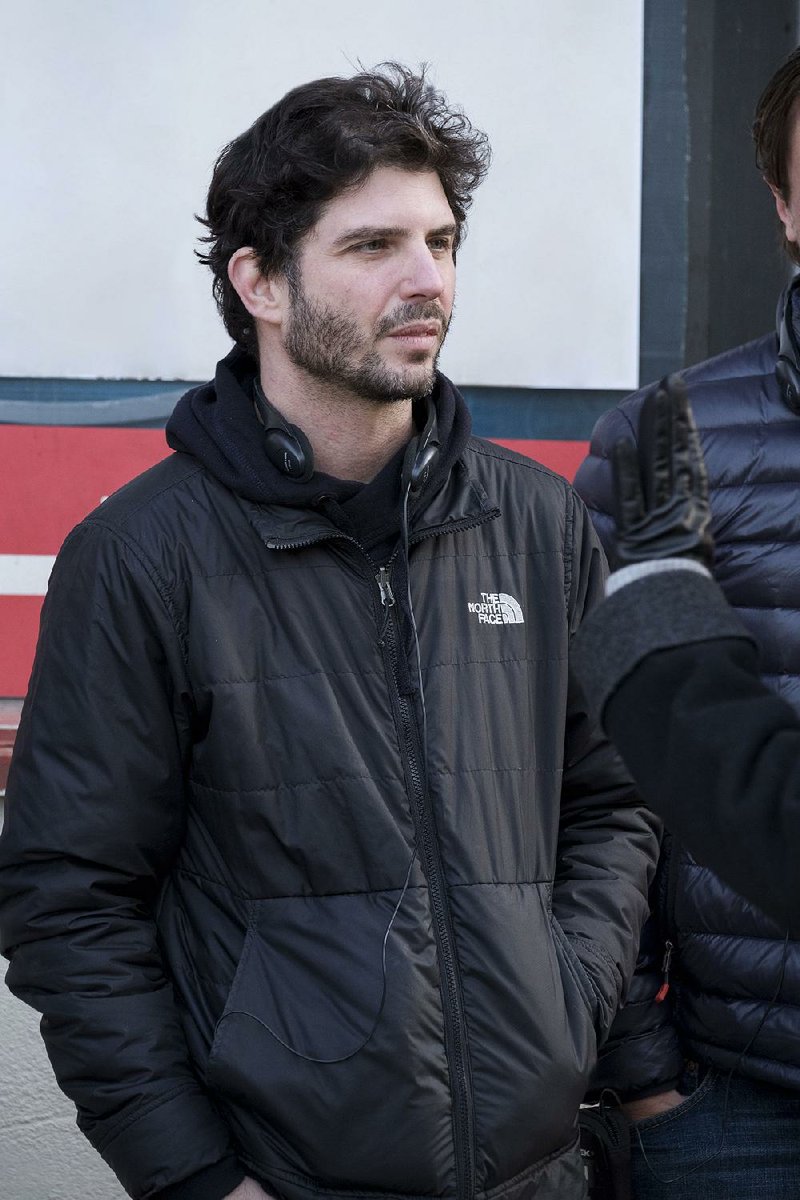 Director Jonathan Levine talks on the set of his latest film, the romantic comedy Long Shot.

Director Jonathan Levine has mined some seemingly unlikely topics for laughs in his movies. He found mirth in cancer (50/50), drugs (The Wackness), the challenges of interfaith marriages (The Night Before), zombie outbreaks (Warm Bodies), and now, with his new romantic comedy, Long Shot, politics.

How does he wring laughs from subjects that might lead to tears or loud dinner table arguments?

"When I was making Warm Bodies, every day on set, I was hearing people grunt at each other for 12 hours (because they're zombies), I would say to myself, 'I've ruined my career. What am I doing? This is going to be a complete disaster.' Much to my surprise when we screened it for people, they really respected that we were trying to do something different."

Long Shot stars Oscar-winner Charlize Theron as Secretary of State Charlotte Field, who finds herself falling for her abrasive speech writer Fred Flarsky (Seth Rogen). Charlotte is always dressed to meet dignitaries and is, expectedly, a master of tact. She's so good at dealing with other power players that she's seen as a potential White House occupant.

Fred, on the other hand, sports a hoodie that might get washed occasionally and writes courageous stories about infiltrating hate groups. That same resolve lands him great, if rather profane pieces, and gets him fired from a dwindling number of news outlets.

It's tempting to view the pairing of Theron and Rogen as a Beauty and the Beast match, but my guest at a recent screening found Rogen to be sort of cuddly and rather handsome in a tux.

When I passed this information onto Levine, he laughed.

"I know the marketing is using that as sort of a distillation of the concept," he says. "I'm certainly closer to a Seth Rogen type than a Charlize Theron type, but what we really wanted to show was less of the aesthetic mismatch of the two of them. That, to me, wasn't the most interesting component of it. It's more the mismatch in ideals and the sort of different sort of paths they chose. I thought it would be a much more interesting way of going with that. As I'm directing Seth, it's my job to sort of transform him into a leading man. I don't think it's that much of a stretch."

While Levine is adjusting Rogen's mien, he and screenwriters Dan Sterling (The Interview) and Liz Hannah (The Post) manage to explore the challenges of running for office in an environment where the lack of a Y chromosome is still a disadvantage for candidates. Reporters ask Charlotte about her hair products, but they never pose the same questions to the president (Bob Odenkirk). In addition, she has an active mind under her scalp, while that is not a problem for him.

"That was something that was very fertile comedic ground. I think there's a lot of truth in stuff like that, using comedy to sort of hold up a mirror to the misogyny or myopia, whether it be the men in power or the media sometimes was very, very fun. We had a lot of fun with the absurdity of it. What's interesting about real life is it gets more and more absurd every day," Levine says.

If journalists sometimes pose inane questions to Charlotte, the movie also explores how media consolidation has made Fred's job harder than it is. When he's not running for his life from neo-Nazis, Fred finds himself running out of outlets because a press baron named Parker Wembley (Andy Serkis) is buying out the places that used to publish his work. The days of Hunter S. Thompson having a home at Rolling Stone are long gone.

"This writer, with a very distinct point of view -- not without his flaws -- is someone who perhaps would have thrived a generation ago is now being forced to deal with corporate America sort of taking over the messaging of what he does and the homogenization of what he does. Where does he fit in in this world now? Certainly as I've been doing press, a lot of people are identifying with it. It is something we want to look at and something that is a challenge in this day and age and is kind of tragic," Levine says.

A LITTLE HELP FROM MY FRIENDS

Like Levine's other movies, Long Shot includes gags derived from illicit substances. In 50/50, the medicinal cannabis is taken less for a buzz and more to treat the side effects of chemotherapy.

"I'm very nonjudgmental about it. I think that marijuana in many situations is a huge, hugely great thing for people who are sick. It really, really works," Levine says. "Sometimes we take a sort of laissez-faire approach to harder drugs in these movies because it is just so funny to watch someone be out of control ... I don't [want] it to seem like the films condone hard drug use."

One highlight of Long Shot is Charlotte negotiating a diplomatic crisis shortly after taking "Molly," aka MDMA or ecstasy. While the actress won a little gold man for playing a homicidal lesbian prostitute (Monster) and has convincingly neutralized bad guys in action movies, Levine says the scenes offered her challenges she hadn't faced in a Mad Max movie.

"What I found so inspiring about that particular scene is that she's doing a very sophisticated scene. She wasn't doing anything big or broad. She was doing nuanced behavior and having the prescience and confidence to let it play out. Her comedic palate is much more sophisticated than what you'd expect from a dramatic actress in a comedy," he says.

"I remember just watching it, and every time I said cut, she said, 'That sucks. I'm sorry.' And every time it was perfect. I spent a lot of time trying to convince her she was great."

If Levine is unusual in the subjects he explores to make audiences laugh, he's hardly alone. Stanley Kubrick, for example, made nuclear war (Dr. Strangelove) and even pedophilia (Lolita) funny without endorsing either. Similarly, Hal Ashby's Being There, a favorite of Levine's, depicts a mentally challenged man (Peter Sellers) becoming a presidential adviser.

"I like to consider myself the heir apparent to Stanley Kubrick. I often think of myself as good as him, if not better," Levine says.

"I hope you can put sarcastic parentheses around that quote." 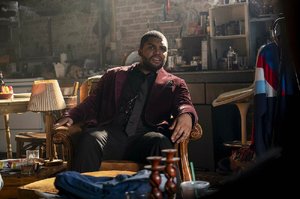 Lance (O’Shea Jackson Jr.) is a digital mogul who happens to be the best friend of a brilliant but self-destructive journalist in Long Shot.