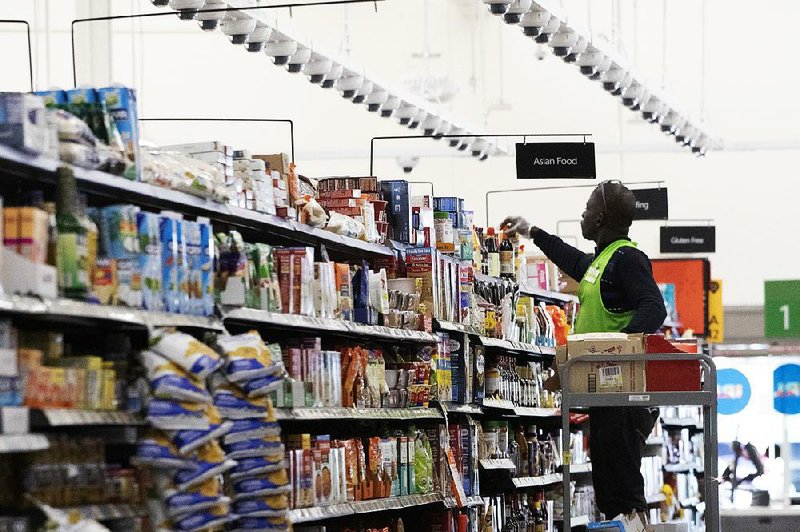 Walmart Inc. is testing a new store employee structure that could result in fewer mid-management jobs but give those workers more pay and responsibility.

The Bentonville retailer has already started testing the initiative called Great Workplace in about 75 stores, mostly its smaller-format Neighborhood Markets, Walmart spokesman Kory Lundberg said Thursday. It plans to expand the test to more than 50 of its much larger supercenters over the next month. At the supercenters, though, the new team model will be implemented in only two departments per store.

"This gives us a chance to understand what works and what can work better before deciding what our next steps should be," Lundberg said in an email.

Under the business leads are the team leads, who supervise small groups of front-line employees. Team leads' pay starts at about $18 an hour.

Assistant store managers and department managers in test locations who choose not to apply for one of the new jobs can apply for another position in their stores or ones nearby, Lundberg said. If they do apply for the new roles and aren't selected, they can apply for other jobs in the store or take severance pay.

"We are testing the idea to create a simplified structure, multifunctional roles and a team-based way of working ... creating more ownership for associates and [to] empower our hourly associates with more decision-making responsibilities," Lundberg said.

A copy of the implementation guide posted on social media describes the Team Environment Kit each team lead receives. The kit includes a whiteboard on which to jot information such as employee assignments and other items to cover in daily team meetings.

The kit also includes "Attitude Cards" for the team leads to carry with them and share with team members. These are meant to reinforce desired behaviors -- be bold, be an owner, be open and be kind.

A reward system is used in which employees earn blue stars for completed assignments. After employees earn several blue stars, they'll receive a silver star. Several silver stars earn an employee a gold star, which can be tied to an incentive set by the store's leaders. An example of such an incentive, according to the implementation guide, could be "having lunch with the Store Manager, or someone on the Market Team."

Melissa Love, a Walmart employee and a leader of the employee advocacy group United for Respect, released a statement late Thursday that said Walmart "has once again completely missed the mark when it comes to addressing the real issues faced by hourly associates, focusing on superficial changes that make for good PR. Tens of thousands of employees still can't get the hours they need to make ends meet, while companies like Amazon, Costco and Target are giving their veteran employees real raises. If Walmart is serious about making this a great place to work, we need more than gold stars -- we need livable wages and enough hours to provide for our families."

Walmart last year raised its base starting pay to $11 an hour. According to its website, the average, full-time hourly wage is $14.06. The retailer has more than 4,700 stores in the U.S. and employs more than 1.5 million people.