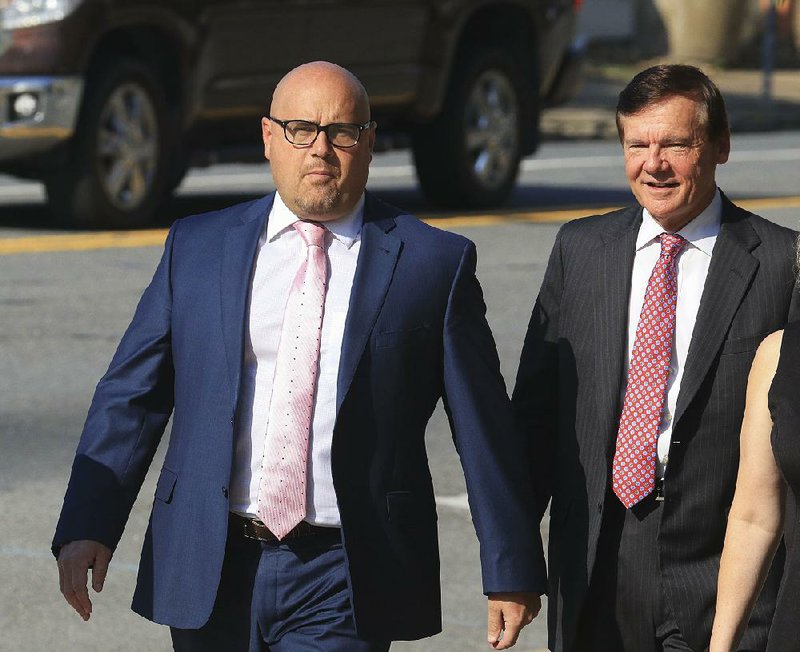 A federal magistrate judge in Missouri has ordered a nearly two-year delay in the fraud and bribery trial of former Arkansas Sen. Jeremy Hutchinson and two former executives of a Missouri health care nonprofit.

Now set to begin April 5, 2021, the trial could last up to two months, attorneys said in court filings as they prepared to sift more than 2.5 million files of evidence. Prosecutors have identified more than 100 witnesses, one filing says.

A grand jury on March 29 indicted Hutchinson along with the married couple Bontiea and Tom Goss, the former chief administrative officer and chief financial officer of Preferred Family Healthcare, which has been at the center of a public-corruption investigation spanning Arkansas and Missouri.

Hutchinson, a Little Rock Republican, and the Gosses were accused of participating in a criminal conspiracy. Individually, they face various other charges that include theft, bribery, honest-services fraud and wire fraud. All three pleaded innocent.

U.S. Magistrate Judge David Rush on Thursday ordered the 22-month continuance. The trial had been nominally set for June 10 to comply with the U.S. Speedy Trial Act. Attorneys can request delays for various reasons, including the need for more time to prepare.

Prosecutors and defense attorneys agreed the case was too complex to try this year, but they disagreed on how long a delay was appropriate.

Bontiea Goss, on behalf of her co-defendants, requested a September 2021 trial date.

Her attorney, Melanie Morgan of Kansas City, Mo., said defense attorneys expect to receive more than 2.5 million files from the government through discovery, or the sharing of evidence. Morgan's filing said the investigation appears to cover a 12-year period beginning in 2005.

Goss' defense will require "an in-depth analysis of the multitude of business decisions, relationships, transactions, affiliations and acquisitions that occurred ... to provide the highest quality of care to persons" served by the nonprofit, Morgan wrote.

At arraignment, the government told the court that there are more than 100 fact witnesses in the case, according to a footnote in Morgan's filing.

Prosecutors agreed that the case was too complex to go forward next month, but asked for a September 2020 start date, citing the "Government's and the public's interest in a speedy trial of this case."

Preferred Family, known as Alternative Opportunities before a 2015 merger, was once Arkansas' largest Medicaid provider of outpatient mental-health services. It controlled clinics under the Dayspring Behavioral Health Services and Health Resources of Arkansas names.

The provider has been at the center of a federal public-corruption investigation spanning three federal court jurisdictions in Arkansas and Missouri.

Four former state lawmakers and a former Arkansas lobbyist are among those who have pleaded guilty to or been convicted of federal crimes over their dealings with the nonprofit and its subsidiaries. A total of 12 people linked to the nonprofit have been charged.

Hutchinson, 45, is accused of 11 crimes aside from the conspiracy charge: one count of receiving bribes, three counts of theft from a program receiving federal funds and seven counts of honest-services fraud.

Hutchinson resigned from the Senate in August after a federal grand jury in the Eastern District of Arkansas indicted him on 12 counts of wire and tax fraud. He is accused in that case of misspending campaign donations and underreporting income on federal tax forms.

That trial is scheduled to begin July 8 before U.S. District Judge Kristine Baker.

Hutchinson, who was chairman of the Senate Judiciary committee when he resigned, is a nephew of Gov. Asa Hutchinson and son of former U.S. Sen. Tim Hutchinson.