More than 80,000 expected to attend film festival this week in Arkansas 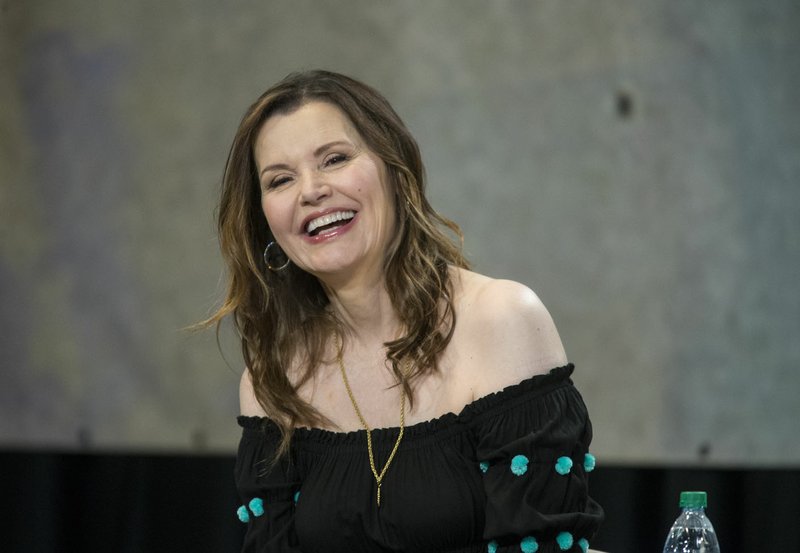 File Photo/BEN GOFF @NWABENGOFF Geena Davis takes part in the panel during the 2018 Bentonville Film Festival. She'll be back in town for this year's event, continuing to champion diversity and inclusiveness in film and media.

BENTONVILLE — The Bentonville Film Festival, which debuted in May 2015, was pulled together in just four months, surprising many people, especially given that the city didn’t even have a movie theater at the time.

That first year, it attracted about 37,000 people, according to the festival’s website.

In the four years since, it and the city have evolved. This year, more than 80,000 people are expected to take in the festival, which begins Tuesday and runs through Saturday.

Trevor Drinkwater, founder and CEO of marketing and sales firm Inclusion Cos., is the festival’s co-founder and president. He and Academy Award-winning actress Geena Davis created the festival to champion women and diverse voices in media.

Organizers quickly discovered that women weren’t the only group not adequately represented in the entertainment industry. Members of minority groups face many of the same challenges that women do, Drinkwater said.

Over the past four years, the event’s messaging has been been refined to highlight equality and inclusion, he said.

A conversation between Drinkwater and Walmart’s senior director of films created the spark that spawned the festival. The Walmart official wanted more films that championed women’s roles and diversity on store shelves and pitched the film festival idea to Drinkwater. Drinkwater and his colleagues then reached out to some people in the movie industry, including Davis.

The Geena Davis Institute on Gender in Media reported that 4% of directors for films released in 2014 were women, and male voices in children’s programming outnumbered female voices 3-to-1.

The festival’s jury has selected a feature film written, directed and stared in by Jenna Lorenzo as the best narrative film for 2018. Lez Bomb is a comedic story that follows a young lesbian’s attempts to come out to her family over the Thanksgiving holiday.

The festival’s mission is to include everybody and work to help diverse voices be heard and be better represented in the media industry, Davis said.

“We always say that our mission is not to change the world,” she said. “It’s to show it as it is in real life, which is half female and incredibly diverse. [It’s to] reflect the population.”

In the festival’s first year, events were spread out across Bentonville and into Rogers, Springdale and Fayetteville, which “created less of a feel that you were at a festival,” Drinkwater said.

The event this year is centralized in downtown Bentonville. The majority of the movies will be offered at Skylight Cinema, with featured events taking place at Record, 21c Museum Hotel, Compton Gardens and Lawrence Plaza — all downtown.

The festival continues to evolve and offers regional events, such as the pre-festival’s Filmmakers Retreat in Eureka Springs, a program that “takes a deep dive into topics for filmmakers to gain more knowledge and insight, while getting to know each other better before the bustle of the festival,” she said.

Record, an event center on Southwest A Street, opened in the fall of 2016 and provides space for film screenings, panels and other special events.

The Skylight Cinema, the city’s only movie theater, opened at the end of 2017. It has six screens to show films in one location, just a few blocks from the square. Before the Skylight opened, festival organizers hauled in mobile theaters, called cinetransformers, to screen movies.

The Momentary, Crystal Bridges Museum of American Art’s contemporary art venue in Bentonville’s Market District, is scheduled to open in 2020, which could provide another venue for the festival to use.

The future looks bright for the festival.

“There’s going to be a lot of opportunities made available to us to do things that we just weren’t able to do because the infrastructure wasn’t built for it,” Drinkwater said.