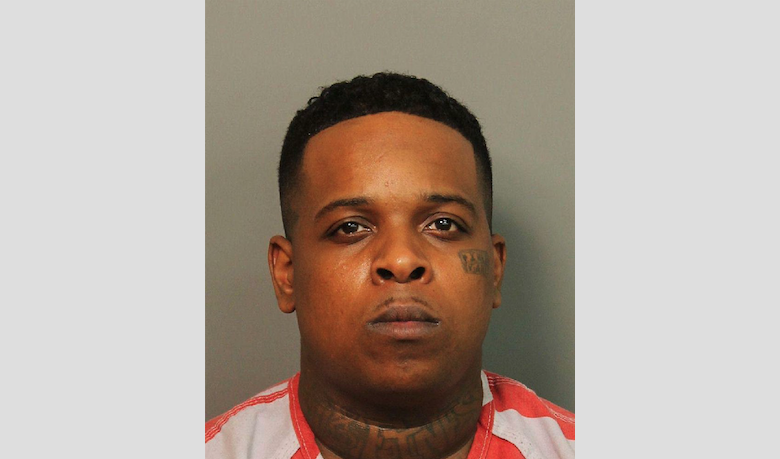 Ricky Hampton, the 26-year-old Memphis rapper whose downtown Little Rock nightclub performance was interrupted by gang shootout, has accepted a five-year prison sentence for carrying a gun during the July 2017 show.

More than two dozen people were injured when gunfire broke out at the now-closed Power Ultra Lounge at the corner of West Sixth and Center streets in the early morning of July 2.

Hampton, who performed under the name Finesse 2Tymes, had arrived at the club about 30 minutes before the shooting started.

No one was killed, but several people were seriously injured, among them a teenage boy who was temporarily paralyzed and a woman who had to be placed into a medically induced coma, police said. The performance was on the second floor of the building, and some victims jumped out of windows to escape the bullets.

The state sentence will start after he finishes a five-year federal prison term imposed in December for a similar charge involving a gun he had at a Forrest City nightclub a week before the Little Rock show. Hampton faced up to 12 years in prison.

Hampton follows his former bodyguard, Kentrell Dominique "Dirt" Gwynn, to the penitentiary. Gwynn, 27, accepted a five-year prison sentence after pleading guilty to a single count of aggravated assault in March in exchange for prosecutors dropping nine other aggravated-assault counts. Each of the charges represent a shot fired by Gwynn based on the number of shell casings from his pistol that police found at the Little Rock club.

Gwynn had been warned against taking weapons into the club by off-duty police working security when he first tried to enter with a pistol holstered on his leg, court filings show. He and Hampton then used a back entrance to get inside.

Hampton said he'd hired Gwynn to provide armed protection for him because he was barred from having a gun himself. Hampton told police that Gwynn grabbed him and pushed him off stage when the shooting started. Hampton said Gwynn had drawn his pistol to shield them while they exited.

When he was arrested, Gwynn told officers, "I know you want to know if I shot or not, and yes, I did shoot. I just want to get this off my chest."

In a subsequent interview, Gwynn said he grabbed his pistol when he first heard gunshots from the crowd. He said he panicked and started shooting at people running toward the stage. Gwynn said he did not know whether he hit anyone.

He claimed to have been grazed by a bullet during the melee and eventually passed out, but the scratches on his arm did not look like bullet grazes to police, according to court filings.

Court records, police reports and law enforcement officials' testimony indicate that 20-year-old Tyler Clay Jackson of Conway is believed to have fired the shot that set off the gunfire. He is charged with 10 counts of aggravated assault; his trial is pending.

Jackson reportedly said some gang-member friends egged him on and told investigators that he was aiming at a rival gang member, 24-year-old Marvell "Mook" Harris of Little Rock. Harris had just pulled a gun on one of Jackson's friends in the club, he said.

Jackson said he fired 10 shots but didn't know whether he hit anyone, records said.

Jackson is also charged with capital murder in the slaying of 14-year-old Cyncere Alexander three weeks after the club shooting. Prosecutors say Jackson killed Alexander during a botched robbery at the Little Rock home the teen shared with his father.

Alexander's father, Chris Alexander, had been feuding with one of Jackson's co-defendants in the killing, Machita "Frog" Mitchell Jr., in the weeks before the teen's slaying.

Jackson told investigators that Mitchell was the one who gave him the gun he fired in the Power Ultra Lounge, although Mitchell, also known to police as a gang member, has not been charged in the club shootout.