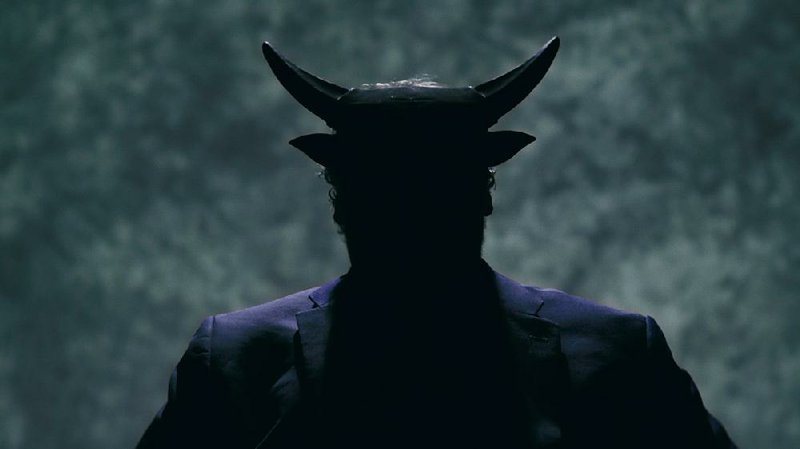 A scene from HAIL SATAN?, a Magnolia Pictures release.

I'm not sure how seriously to take the Satanic Temple.

My inclination is to receive them as playful performance artists concerned with civic hygiene -- I think they're very serious about the U.S. Constitution and its guarantees of religious freedom. I don't think they really worship any Dark Prince. They employ tactics that might shock and offend some people, and we might argue about whether their stunts are genuinely effective political theater, but I tend to think they're sort of adorable.

Rating: R, for graphic nudity and some language

And I'm sure some of them would find that attitude patronizing. Sorry, guys, you're just too cute.

Penny Lane's Hail Satan? is a lively if relatively straightforward documentary about the media-savvy "church" that will be of special interest to Arkansas moviegoers because it chronicles the ongoing battle between state Sen. Jason Rapert and members of the church who sought to install a statue of Baphomet on the grounds of the state Capitol alongside Rapert's favorite Ten Commandments monument.

Lane handles the subject a little more gingerly than you might expect given her previous films, which include the weirdly warm Our Nixon (2013), composed almost entirely of Super-8 footage taken by members of Nixon's staff during his years in the White House, and the "partly animated, partly true" Nuts! (2016) about John Romulus Brinkley, the medicaj1l fraudster who made a fortune hawking a goat-testicle impotence cure. (Brinkley also had an Arkansas connection, operating for a time out of what is now Marylake Carmelite Monastery, 13 miles south of downtown Little Rock.)

Lane's dry verite style fits the subject matter well, exposing the Satanists as a band of creative Merry Pranksters that only the literal-minded might find scary. Temple founder Lucien Greaves (not his real name) started the church as a means to promote values he cherished like egalitarianism, social justice, and the separation of church and state.

The group is organized as a church for the purposes of tax exemption, an irony which shouldn't escape those who reflexively attack it. The Satanic Temple excels at a kind of political jujitsu, disingenuously taking advantage of the unintended consequences of mingling politics and religion.

Lane's camera captures them on the steps of the Florida state Capitol in Tallahassee, holding a mock rally for Gov. Rick Scott after he proposes a law to allow prayer in school. "Hail Satan! Hail Rick Scott!" they chant, and a hooded spokesman declares the Satanists' support of Scott's actions. Because the First Amendment prohibits the government from promoting any religion over another, such legislation naturally opens the door not only to mainstream Christian prayers but to minority prayers as well.

On the other hand, the vulgar Pink Mass they hold in response to the noxious homophobic actions of the Westboro Baptist Church seems designed more as pure trolling -- an act of provocation in line with the founders of the Dada movement or the good-natured nihilism of the Church of the Subgenius than the free speech and anti-movements of the '60s. The closest historical analogue to the Satanic Temple might be the Abbie Hoffman-style yippies.

As with the yippies, who in their day were derided as "Groucho Marxists" by humorless leftists, the Satanic Temple might be dismissed as a cheeky provocateur if its opposition didn't take it so seriously. But time and time again, politicians looking to make points with their more credulous constituents wade into their trap. State officials in Oklahoma erect a Ten Commandments statue so the Temple petitions the state to add a seven-foot statue of goat-headed deity Baphomet, complete with the abs of Iggy Pop, alongside it.

The press takes notice, and the Satanic Temple grows from a handful of members to more than 100,000 in three years.

As Rapert repeats the Oklahoma folly in Arkansas, the Temple seems positively giddy at the chance to engage in a public debate.

What seems apparent is that the Temple is a disruptive force that needs the pushback of those who either misunderstand its positions (or for reasons of political expediency pretend to misunderstand its positions). One of the things that goes unexplored in this film is the symbiotic relationship between the Temple and Bible-waving politicians who are their natural enemies. They each provide oxygen for the other's bonfires.

If this bothers Greaves and other members of the Temple, who generally come off as thoughtful, it's not indicated in the film, even though Lane demonstrates that the group is going through some growing pains. (There's a late suggestion that not all the Temple's members are in on the joke; a rogue chapter leader appears who must be dealt with.) And just because the Temple has a sense of humor doesn't mean its opponents do -- there are good reasons why most of the people who appear on camera use pseudonyms and some "Satanists" cover their faces in public.

You don't have to embrace the Satanic Temple to understand that it ought to have a place at the American table and that it serves as a corrective to certain tribalistic assumptions. Its members have a role to play as devil's advocates. 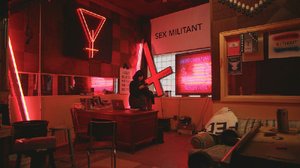 Detroit Temple founder Jex Blackmore was cast out of the Satanic Temple for being too outrageous — one of several ironies explored in Penny Lane’s documentary Hail Satan?