Deer herd grew from near extinction to millions 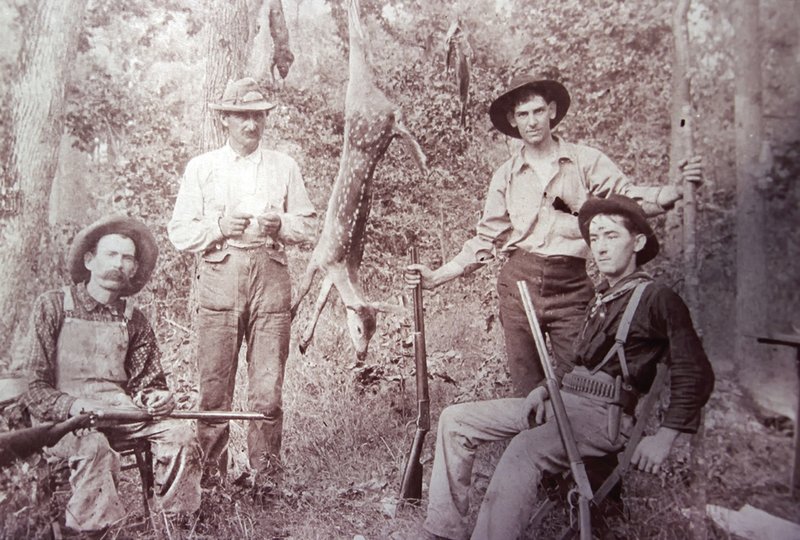 Habitat loss, subsistence use and marketing of hides and venison contributed to the near extirpation of Arkansas deer in the early 1900s. The killing of even one whitetail then was an uncommon event.

No one knows how many deer were in Arkansas when the first settlers arrived from Europe. Commercial deer hunting started at Arkansas Post in the 1700s. Members of the Dunbar and Hunter expedition up the Ouachita River in 1804-05 frequently encountered deer. In 1818-19, Henry Rowe Schoolcraft observed numerous deer in the Ozarks.

In 1834, a geologist/explorer named George William Featherstonhaugh was one of the first to write of the wasteful slaughter of deer. He wrote, “A man goes into the woods, kills a deer 20 miles off, skins it, cuts out its haunches, or ‘hams,’ as they are called, hangs one on each side of his saddle, leaves the rest behind him for the buzzard or wolf, and rides into town.

Fred Gerstaecker, another 19th-century explorer, mentions a settler who shot three or four deer a night by torchlight.

Although deer were probably fairly common during this period, they weren’t really plentiful because huge forests covered much of the state. The white-tailed deer isn’t a creature of vast mature forests but thrives on woodland edges where cover and food are plentiful.

As the number of settlers grew, the amount of cleared land increased, and deer numbers also increased. Practically every county had areas supporting a substantial deer herd as late as 1890. But as the human population increased, so did hunting pressure on deer. Extensive land-clearing made deer much more vulnerable.

Market hunting started in earnest in the late 1800s and thrived without restriction until 1915. A meat market opened in Mena in the 1890s, and deer and other game animals were brought in by the wagonload from the nearby Ouachita Mountains. Professional hunters shot thousands of deer throughout Arkansas. Deer skins were a standard item of trade in country stores, and venison was eaten in many households.

The deer population couldn’t withstand such an unremitting onslaught, and in the early 1900s, deer numbers plummeted. The few remaining herds retreated to deep wilderness, but even there, they were pursued to near extinction.

The first effort to curb the slaughter of deer came in 1916, when the newly created Arkansas Game and Fish Commission obtained passage of an act defining a 61-day open season for deer. A bag limit of two deer per season was set. A bucks-only law went into force in 1919. At the time, there were approximately 2,000 deer in Arkansas.

The 1927 flood submerged most of eastern Arkansas and pushed deer onto small areas of high ground. Many were wantonly killed by opportunistic hunters. Mountain deer herds fell easy victim to deer hunters who continued using dogs for the hunts, despite repeated urgings by the AGFC to “eliminate the hound from the chase.” By 1930, less than 500 deer remained in the state.

Most surviving deer were concentrated in the Sylamore Creek area of the Ozark Mountains and in the lower bottomlands of the White and Arkansas rivers in Desha, Phillips and Arkansas counties. Other remnant herds survived in Pope County, on Caney Creek and Muddy Creek in the Ouachita Mountains, and in the big woods south of Fair Oaks in Cross and Woodruff counties. In the rest of Arkansas — all the Gulf Coastal Plain, the lion’s share of the Ouachitas, most of the Ozarks and most of the major river valleys — deer were absent.

From Rags to Riches

Arkansas’ deer-management story during the following six decades was a rags-to-riches tale. Establishment of the first federal game refuges in 1926 and the first state refuge in 1927 marked the turning point of the deer herd’s population trend. By the mid-1940s, the refuge system included 747,000 acres where deer and other game lived in relative safety while populations grew. The AGFC also started a deer restocking program, at first buying deer from private herds and later trapping them on refuges for relocating on unoccupied parts of their former range.

These efforts paid off. Deer numbers increased throughout Arkansas, and by 1946, biologists estimated there were nearly 32,000 whitetails in the state.

The Howard County Game Refuge in western Arkansas is a good example of the refuge plan’s success. When the refuge was established in 1930, there were only 10 deer within and around the area. Over the next 15 years, with no additional stockings, the herd grew to 1,000 whitetails and extended its range over 15 miles around the 27,000-acre refuge.

In other areas where deer had been completely eliminated, restocking was an integral part of the deer restoration program’s success. This was demonstrated in Northwest Arkansas’ Franklin County, where the last of the original herd was killed in 1903. No deer were found in the county until 1926, when several deer were released on the newly created Black Mountain Federal Game Refuge. Small numbers of deer were also released in 1928, 1930 and 1938. By 1942, exactly 16 years after the establishment of the refuge and the initial stocking, the refuge deer herd was estimated at 1,100. Consequently, later in the decade, Black Mountain Refuge became a source of live-trapped deer for restocking other areas.

Established seasons and bucks-only laws, combined with increased habitat and little hunting pressure, allowed Arkansas’ deer herd to continue building through the 1950s and ’60s. Hunters began to appreciate deer and legal deer hunting, and slowly, the tradition of Arkansas deer hunting returned to the state.

“Balancing and stabilizing the state’s deer population are two of the goals of the AGFC Strategic Deer Management Plan,” deer program coordinator Ralph Meeker said. “We want to balance the deer herd with the available habitat and the people who live in Arkansas. We’ve seen good growth for the past few decades, and now it’s time to maintain our deer where they are abundant for hunters, but not so much that they outgrow their habitat or people’s tolerance of them throughout the year.”