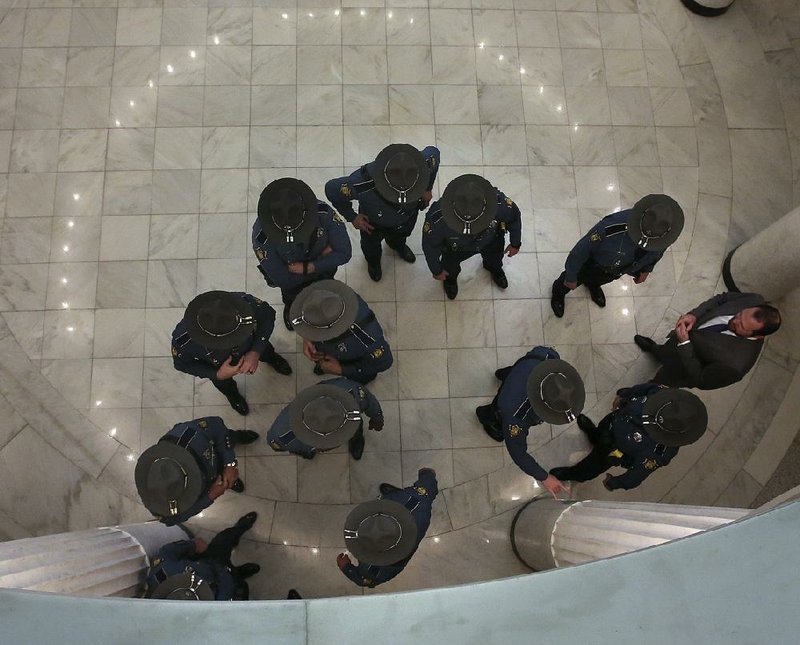 Freshman Rep. Jay Richardson is the only state lawmaker to be recorded in this year's regular legislative session as casting his vote against a bill to grant capital-gains tax incentives to investors in so-called Opportunity Zones.

The vote was a mistake, he says. Richardson can't change how his vote is recorded, but a letter -- an option available to lawmakers in the same situation -- tells of his intentions.

Richardson, a Democrat from Fort Smith, said he was talking to Rep. Mark Perry, D-Jacksonville, and "pushed the wrong button."

"I looked at the board and it was too late. The speaker had already called the vote," he said, referring to House Speaker Matthew Shepherd, R-El Dorado.

So Richardson submitted a letter Feb. 20 -- a day after the House's 96-1 vote -- to House Chief Clerk/Fiscal Officer Sherri Stacks that states: "I am writing this letter in regards to my nay vote on Senate Bill 196.

"It was my intention to vote Yes on this Bill," Richardson wrote.

The state has designated 85 Opportunity Zones -- out of 340 eligible areas around the state -- under the Tax Cuts and Jobs Act, which was signed by President Donald Trump in 2017. Such zones have been created to spur investment in low-income communities through tax breaks.

Richardson's letter is one of 20 submitted to Stacks during this year's 88-day regular session in which representatives explain how they had planned to vote or would have voted on bills.

The letters don't change the outcomes or alter the vote tallies. But they are designed to correct the record, to respond to criticism or to deflect future political attacks.

Statehouse veterans said mistakes can happen in a regular session, which typically sees the introduction of about 2,000 bills of varying lengths with differing levels of complexity.

On the south end of the Capitol, four senators submitted one letter apiece to Secretary of the Senate Ann Cornwell during the regular session.

The number of letters filed in each chamber has ranged widely during the past several years:

The number of letters filed in the Senate has declined significantly since a voting screen was installed after 2013. The screen allows senators to see how their voice votes are recorded, according to Senate staff members.

While senators vote by speaking, representatives vote by pushing a button.

Richardson also submitted a letter dated March 25 to Stacks that states: "I was called away from my seat during the vote on HB1737.

"Had I been in my seat, I would have voted NO," Richardson wrote.

He said he didn't remember why he wrote that letter.

"I'll have to go back and read the bill," Richardson said.

Under Act 788, water bills will go up by a dime a month to pay for required testing and upgrades at the Department of Health.

It will raise the rate for public water systems from 30 cents to 40 cents each month. The rate increase is projected by the state to generate more than $1 million annually, raising the amount dedicated to state water testing from about $4.1 million to $5.5 million per year.

Eaves has served in the House since 2015.

"I was out of the chamber during the vote on Senate Bill 163 and my machine was accidentally voted 'yea' in my absence," he wrote. The bill cleared the House in a 61-21 vote. It's now Act 164.

Eaves said last week that it "was just a miscommunication between me and whoever voted my machine."

"I don't know that we should make it harder to participate in the political process, getting on the ballot," he said.

Eaves also wrote in a letter dated March 15 to Stacks: "I am writing in regards to my vote on Senate Bill No. 400.

"March 13, 2019, I was away from the chamber and did not cast a vote. It was my intention to vote 'yea' on this bill," he wrote in his letter. The bill cleared the House in a 75-12 vote. It is now Act 495, under which firearms equipped for silent discharge will not be considered prohibited weapons.

The law would not affect silencers or weapons governed by the National Firearms Act. Silencers are allowed under federal law after the user passes a background check. The measure is supported by the National Rifle Association.

Eaves said last week that he got back into the chamber a few seconds after the ballot was cast on the bill.

He said he submitted his letter because "I think the Second Amendment is important and I wanted to be on the record on the vote."

Vaught has served in the House since 2015.

On Feb. 5, she voted "present" on House Bill 1087, which is the appropriation for the Spinal Cord Commission. The House voted 95-0 to approve the measure, which is now Act 93.

"I didn't mean to do that," Vaught said last week. "I am the one who fought for them to get that money."

On April 8, Vaught wrote another letter to Stacks that she "inadvertently pushed the wrong button" when she voted against Senate Bill 503, which is now Act 930, to make physician-assisted suicide a Class B felony -- up from a Class C felony.

"When I realized what happened, I attempted to change my vote, but the vote had closed," Vaught wrote. "It was my intention to vote yea on SB503."

Vaught said last week, "I messed up my vote."

Hodges has been in the House since 2013.

In a letter dated Feb. 14 to Stacks, Hodges wrote: "I am writing this letter in regards to my NAY -- vote on Senate Bill 135.

The measure will move the funding formula for Arkansas' secondary vocational centers from a base per-student model to a tiered funding structure based on the cost of the program and industry demand.

"I hit the no button on mistake on that one," Hodges said last week. "It was an error. Sometimes you are not paying attention and your seat mate doesn't catch it. I haven't done it more than once or twice in my four terms."

In a letter dated Feb. 20 to Stacks, Hodges wrote: "I was called away from my seat during the vote on HB1340.

"Had I been in my seat, I would have voted Yes," he wrote in his letter. HB1340 is now Act 252 and will change the prohibited practices for a credit union.

Garner has been in the House since Jan. 14.

She said in a letter dated Feb. 14 to Stacks: "I am writing this letter in regards to my NO vote on Senate Bill 156.

The measure will codify free-speech protections for students, administrators, faculty and staff members, and the guests of those people at state-supported institutions of higher education as long as the expression isn't unlawful or materially and substantially disruptive of the college's functioning.

Garner said in a letter dated March 29: "I am writing this letter in regards to my YES vote on House Bill 1835.

"It was my intention to vote NO on this Bill," she wrote. The House voted 71-8 to approve the bill on March 29. The bill, which was not enacted, would place restrictions on the Insurance Department in its operation of the Arkansas Health Insurance Marketplace.

Garner could not be reached for comment by telephone last week.

Under the new program, municipal and county environmental officers will now have the opportunity to receive training and certification to investigate illegal dumps and tire piles. Municipal and county environmental officers were previously unable to receive the same training and certification as solid waste district personnel, she said.

Cavenaugh wrote in a letter dated April 10 to Stacks: "I am writing this letter in regards to my Yea vote on House Bill 1967.

"I attempted to change my vote but was unable to get to my machine before the vote closed. It was my intention to vote Nay on this bill," she wrote.

Cavenaugh said last week that she intended to vote against the bill because she was concerned it might impose different regulations on farmers.

"I didn't feel comfortable with that," she said.

Davis said in a written statement that "prior to passage of HB1967 there was some misinformation that the bill authorized ADEQ to go on property without warrant.

"However, ADEQ already had statutory authority. HB1967 did nothing to change the existing law," she said.

Gray wrote in a letter dated April 9 to Stacks: "I am writing this letter in regards to my Yea vote on House Bill 1967.

"I inadvertently pushed the wrong button. When I realized what happened, I attempted to change my vote, but the vote had closed. It was my intention to vote Nay On HB1967."

Gray could not be reached for comment last week by telephone.

Reps. Sarah Capp, R-Ozark; Don Glover, D-Dermott, a freshman; Stu Smith, R-Batesville, another freshman; and Chris Richey, D-Helena-West Helena, each filed letters with Stacks explaining they intended to vote for a bill that they were recorded as voting against.

Rep. Stephen Magie, D-Conway, filed a letter with Stacks stating that he intended to vote for a bill on which he was recorded as not voting.

And Reps. Clint Penzo, R-Springdale; freshman Jamie Scott, D-North Little Rock; and Brandt Smith, R-Jonesboro, each filed a letter explaining how they would have voted for a bill, but they were away from their seats.

Sen. Ronald Caldwell, R-Wynne, filed a letter dated Feb. 27 with Cornwell stating that he should have been recorded as voting for a bill on which he was recorded as not voting.

Meanwhile, Sen. Jimmy Hickey, R-Texarkana, filed a letter dated April 3 that he "had every intention" to vote against Senate Bill 573 when he was recorded as voting for the bill that cleared the Senate 35-0.

Both Caldwell and Hickey have served in the Senate since 2013.

SB573 is now Act 821. The measure will allow the Parole Board to discharge a person from parole who committed an offense as a minor and served at least five years on parole without a violation under certain circumstances. The act also will allow inmates convicted and sentenced as adults before age 18 access to certain programs.

Sen. Breanne Davis, R-Russellville, who has been in the Senate since June of last year, filed a letter dated April 3 with Cornwell that stated: "This letter serves as written notification of my intended vote on Senate Bill 471 of 2019.

The measure allows a municipality's or county's part of net casino gambling receipts tax revenue to be pledged for repayment of certain local government bonds.

Davis said in an interview, "I voted present and somehow it didn't record it correctly."

She said she tried to vote "present" on any casino legislation because "I don't know what will end up happening in Pope County and I didn't want one of my votes to adversely affect Pope County for something that I couldn't foresee."

Amendment 100 to the Arkansas Constitution allows the state to issue one casino license apiece in Pope and Jefferson counties with the support of local elected officials. It also allows licenses to Oaklawn Racing Casino Resort in Hot Springs and Southland Gaming and Racing in West Memphis. Current local elected officials in Pope County haven't signaled support for a casino applicant.

Sen. Ricky Hill, R-Cabot, who has served in the Senate since June of last year, wrote that in a letter dated April 3 to Cornwell: "This letter serves as written notification of my intended vote on Senate Bill 548 of 2019.

"This bill originally failed on April 3, 2019. ... I voted 'no' and I was correctly recorded as voting 'no.' The failed vote was expunged" to clear the way for another vote, he wrote.

"When the bill was voted a second time later the same day, I was recorded as a 'yes' vote when I actually voted 'no,'" Hill said. The bill is now Act 932, which will change certain procedures for incorporation of municipalities.

Hill said in an interview that "I voted no and they hit the wrong deal." He said that at that time, he said "Wow, wow, wow, it should have been a no." 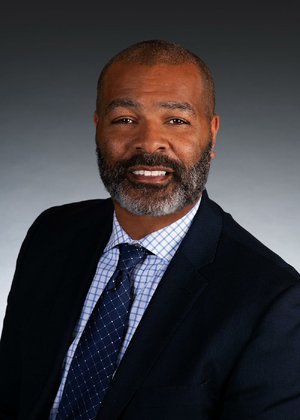 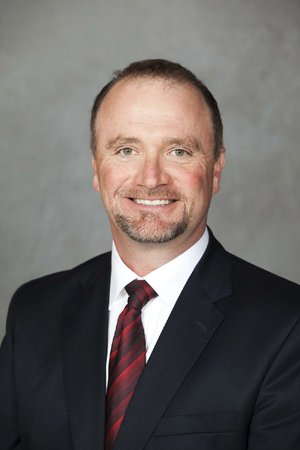 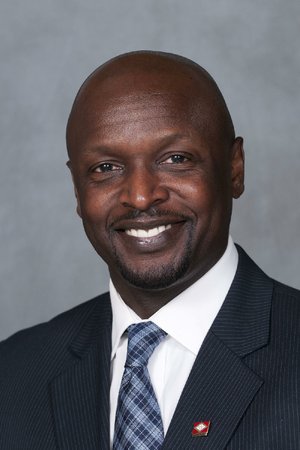 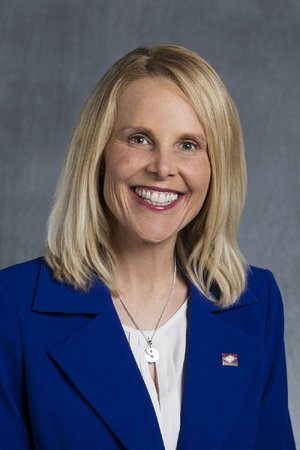 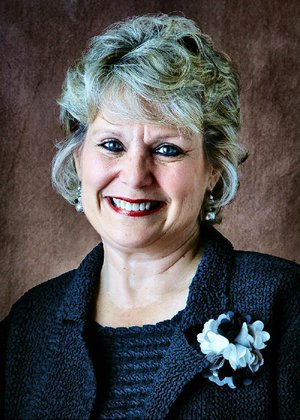