It's great fun to the extent that raw agitation from emotional differences of opinion can be fun.

What happened last week on Twitter was that New Jersey's governor, Phil Murphy, decided to celebrate that the MTV Awards show was coming to Newark.

He did so by posting the boast that no state had a better "musical Mount Rushmore" than Jersey.

You know--Rushmore. The four great presidents, Washington, Lincoln, Jefferson and Teddy Roosevelt, their visages carved into a mountain for iconic treasuring.

You can do a Rushmore for anything. The Rushmore of Razorback basketball would be Nolan Richardson, Eddie Sutton, Sidney Moncrief and Corliss Williamson. For football, it would be Frank Broyles, Clyde Scott, Lance Alworth and Darren McFadden.

Already, some of you are arguing, though you're wrong, of course.

Rushmore means the elite four. It does not mean that Scotty Thurman wasn't great, too. It means he's 4A. It means that 4As, though marvelous, don't go on Rushmores.

The Rushmore of Arkansas newspapering would be J.N. Heiskell, Walter Hussman, Orville Henry and John Robert Starr. I hate it. It drives me to distraction. But that's the way it is.

We're having fun now, aren't we?

So, you know what happened. Two things: One was that everyone said that the Jersey governor had a good list if Rushmore had three faces, but that putting Bon Jovi up there was like putting Jerry Ford on Rushmore. The second was that people in every state started tweeting that their musical Rushmores would be better than Jersey's.

Texas Monthly--being in Texas--said Texas was best, of course, with Beyonce, Willie Nelson, Selena and Buddy Holly, not to mention a supplemental list as long as your arm from Bob Wills to Stevie Ray Vaughan to DJ Screw.

It's Rushmore. It's four. The point is four, not five, not 11, but four. That renders moot the showing off of the Oklahoman who tweeted by quantitative flourish with Merle Haggard and Garth Brooks and Vince Gill and Reba McEntire and J.J. Cale and Leon Russell and on and on, making a strong case for what would be the nation's most busily etched shorter mountain.

Minnesota came in with Prince and Bob Dylan, thus taking an early Rushmore lead, but had nothing after that. If Rushmore narrowed to a cone rather than a broader face, Minnesota would have something to say.

All these Southern states that blended jazz, blues, country and gospel into the stewpot of rhythm and blues that became rock 'n' roll--Louisiana, Mississippi, Tennessee, Alabama--can put out a strong Rushmore.

But it is a simple fact--not disputable--that nobody, and I mean nobody, can beat Arkansas' Rushmore.

It is so strong that Levon Helm is the first man out. He's 4A, meaning absent.

I insist on the utter truth of that even as I ponder an email from this newspaper's great retired music writer, Jack Hill, telling me "for shame" that I didn't include Levon in my Twitter contribution.

I didn't include Al Green, either. He's 4AA.

The musical Rushmore of Arkansas could only present:

• Johnny Cash, from Dyess, rivaled only by Hank Williams for eternal greatness and cultural and music influence among country and country-crossover musicians.

• Glen Campbell, from Billstown, face and voice of the countrypolitan explosion in Los Angeles in the late '60s and the early '70s performing with vocal and guitar-playing brilliance those great orchestral presentations of brilliant songs by Jimmy Webb like "Wichita Lineman," "Galveston" and "By the Time I Get to Phoenix."

• Louis Jordan, from Brinkley, musically and comedically talented leader of a '30s-'50s band that achieved the pinnacle of popularity as "King of the Jukebox" with innovative "jump blues" music that is widely credited with influencing if not beginning rhythm and blues and rock 'n' roll.

• Sister Rosetta Tharpe, from Cotton Plant, who played gospel music in the '30s and '40s in a way that blended spiritual lyrics with a spirited rhythm and got her called "The Godmother of rock 'n' roll" and influenced no less than Elvis Presley, who perhaps would be on Mississippi's decent-enough Rushmore.

Levon Helm and Al Green would be up there for most other states, in that order, but they simply can't quite make it in the state that happens to have the nation's most impeccable musical Rushmore.

Texas has depth. Oklahoma has an array. Jersey is stout through three.

Mississippi will come hard after us with Elvis and B.B. King and Muddy Waters and Robert Johnson.

But you just can't beat the diversity and breadth and depth of influence of the Arkansas Musical Rushmore.

It simply cannot be argued.

John Brummett, whose column appears regularly in the Arkansas Democrat-Gazette, is a member of the Arkansas Writers' Hall of Fame. Email him at jbrummett@arkansasonline.com. Read his @johnbrummett Twitter feed. 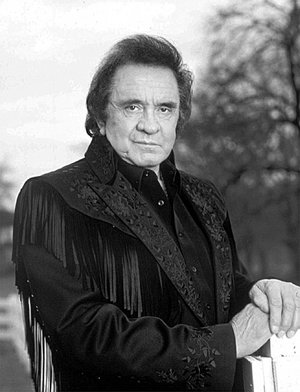