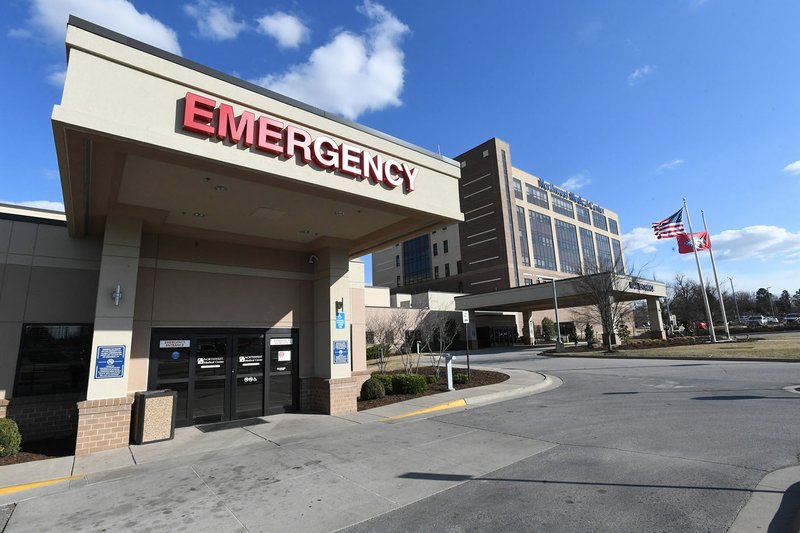 Arkansas is ranked 45th among states for hospital safety, according to a biannual report released Wednesday by a nonprofit health care watchdog.

Among all hospitals ranked, 6% had D ratings and fewer than 1% had F ratings, a release said.

"Hospitals don't all have the same track record, so it really matters which hospital people choose," said Leapfrog Group President and CEO Leah Binder in a statement accompanying the report.

"The good news is that tens of thousands of lives have been saved because of progress on patient safety. The bad news is that there's still a lot of needless death and harm in American hospitals."

As compared on average to A-rated hospitals, patients at D- and F-ranked hospitals had 92% higher risks of avoidable death related to safety issues, such as falls, infections, error-prevention practices and surgical complications, the report found.

In an accompanying white paper from the Johns Hopkins Medicine Armstrong Institute for Patient Safety and Quality, researchers estimated that 161,250 deaths occur annually related to such safety problems, and that around 50,000 of those lives could be saved each year if B-, C-, D- and F-rated hospitals were A hospitals.

The ranking assessments look at policies and procedures -- for example, handwashing rules -- as well as errors and complications, such as a piece of equipment being left inside a patient during surgery, or hospital-acquired infections.

Ratings were determined based on publicly available data, including information from the Centers for Medicare and Medicaid Services, and self-reported findings through a Leapfrog Group-conducted survey of about 2,000 hospitals. (Institutions weren't penalized if they didn't participate in the survey; some categories were marked as not applicable and publicly available information was weighted differently.)

In the spring report, which used data collected in 2017, 2018 and earlier, Leapfrog operations director Erica Mobley said there wasn't a lot of movement in the grades at many institutions since the last time the analysis was compiled in the fall.

Some Arkansas hospitals with the lowest ratings -- Jefferson Regional Medical Center, Baptist Health Medical Center-Little Rock, Northwest Medical Center-Springdale and National Park Medical Center -- were outliers in this, dropping a grade in their safety ranking between the fall report and the findings released Wednesday.

Marti Dreamer, National Parks Medical Center's chief quality officer, and Patsy Crumpton, the chief nursing officer, said they don't think the report's ranking accurately reflects the Hot Springs facility because it has not previously taken part in the Leapfrog Group's surveys, though it is now doing so for the first time.

Crumpton said there were no safety issues "outside of what we consider normal in an acute care facility."

"Patient safety is an ongoing process that we participate every day with," Dreamer added.

"There are numerous [assessments] such as this one -- all with differing results. We continuously monitor our quality and we meet or exceed the benchmark of clinical quality indicators from all the data sources we use," a Baptist Health system spokesman wrote in an email. "Providing the highest quality of care continues to be our utmost priority."

In a statement provided on their behalf, CHI St. Vincent Infirmary officials cited accolades that the hospital has received from U.S. News and World Report and the American Heart Association, writing that "while the hospital did not directly engage with Leapfrog on their ratings methodology, it does place the safety and well being of our patients above all else."

Hans Driessnack, CEO of Northwest Medical Center-Springdale, gave several examples of recent safety reviews at the hospital, including of sepsis, antibiotics and central lines, the last of which led to a decrease in bloodstream infections over the previous nine months.

"It's important for our community to know that we continue to take every opportunity, including all data that's publicly reported like this as well as data we monitor internally, to further improve quality and service," he said in a statement.

In her view, the common factor is an overarching emphasis on safety measures at the facility.

"Hospitals that do really well and get an A repeatedly are hospitals that have an organizational-wide commitment to patient safety that permeates from the executive leadership all the way down, including custodial staff -- that it isn't just clinical staff that have a responsibility for protecting patients," she said.

The Leapfrog Group has noted overall improvement in safety ratings since the rankings were created in 2012, and Mobley said hospitals have taken more ownership of their scores, sharing them with their communities and pledging to improve.

At Ouachita County Medical Center, CEO Peggy Abbott said in a telephone interview that the 92-bed hospital's A safety rating is "gratifying" and reflects safety practices and documentation of those practices.

She praised her quality services team's daily engagement with charts, medications and data; surgeons who pay a lot of attention to both patients and documentation; and an emphasis on safety throughout hospital departments.

"That is a major coup, to have champions who just buy in to what's expected of us," she said.

Regardless of a hospital's safety grade, it's important for patients to "be vigilant" when receiving care, Mobley said.

She encouraged people to ask doctors and clinical staff members to wash their hands or use hand sanitizer when entering patients' rooms, and to take along a loved one to look out for safety matters at the hospital.

"Even in 'A' hospitals, mistakes still happen," she said.

CORRECTION: An earlier version of this article erroneously stated that there was only one Arkansas hospital with an A safety rating in the Leapfrog Group's spring report. There were two.