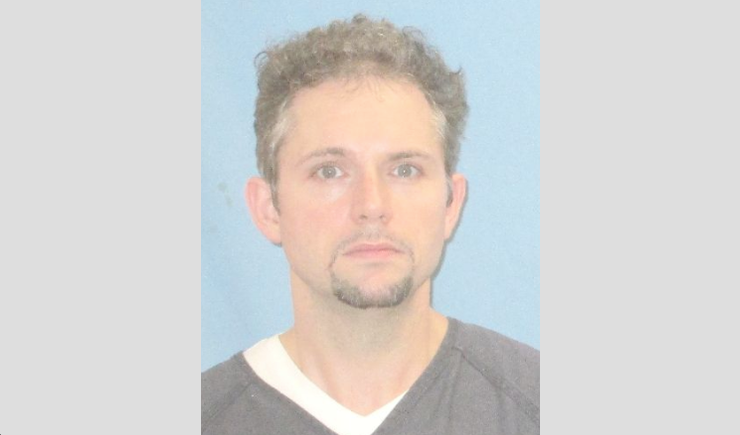 A former assistant principal and music teacher whose supporters include the bishop of the Episcopal Church in Arkansas was sentenced to a year in prison Thursday for running over an off-duty Little Rock police officer and a prisoner in a past-midnight collision.

Keith Alan Hearnsberger, 37, did not testify at the sentencing hearing before Pulaski County Circuit Judge Chris Piazza. He pleaded guilty in February to two felony charges -- second-degree battery, reduced from first-degree battery, and failure to stop and render aid.

Prosecutors also withdrew a first-degree battery charge related to the prisoner's injuries in exchange for the guilty plea. Hearnsberger faced up to 12 years in prison, but as a first-time offender was eligible for probation.

More than a dozen supporters submitted written character endorsements for Hearnsberger, citing his compassion, his dedication to his Christian faith and hopes of becoming a priest.

Piazza, instead, imposed the one-year prison sentence that will be followed by a three-year suspended sentence.

Lt. Johnny Gilbert Jr., working off-duty as a security officer in November 2017, had just arrested a man on a disorderly-conduct charge and was escorting him across the 1100 block of West Daisy Gatson Bates Drive when they were hit by a westbound car that did not stop.

The impact knocked Gilbert, now 60 and retired, unconscious and seriously injured both men. The crash left behind pieces of a maroon Nissan Murano, some with possible blood marks.

The man who was also injured, Daryl Johnson, 27, of North Little Rock, is now suing Gilbert and the city in federal court over his arrest. Prosecutors dropped the disorderly-conduct charge.

Court records show that Hearnsberger lives on South Schiller Street, less than a mile away. Hearnsberger was an assistant principal at McClellan High School. He was placed on paid leave after his arrest. His contract was not renewed and he now works as an assistant for a North Little Rock doctor.

The only public statement Hearnsberger has ever made about what happened came about 36 hours after the collision when he, with his lawyer, surrendered to police.

Hearnsberger declined to answer questions from police, but read a statement to detectives and turned over his 2017 Murano to be searched.

His first words were of regret for the injuries inflicted on the men and concern for their recovery. But Hearnsberger also said he had no memory of what had happened.

An Episcopal deacon, Hearnsberger said he'd spent a "long" day ministering to current and former parishioners. He said he did not realize he'd hit anything until he discovered the damage to his vehicle the next morning, which would have been almost seven hours after Gilbert was injured.

"After a long day, I was driving my Murano westbound on Daisy Bates. I absolutely did not realize that I had hit anyone on that drive home," he said. "As I was leaving to conduct church services ... I saw damage to my vehicle and believed that I may have hit something, but did not know what it was."

He said he did not connect the vehicle damage to Gilbert until he heard about what happened to the officer on the news.

"This was my first indication that someone was struck," he said. "Because I was in the area at the time and had damage to my vehicle, I was horrified by the prospect that it could have been me. I immediately contacted an attorney so that I could share this information with police."

A search of the car found no sign that the air bag had deployed but did turn up three flasks and a Taco Bell receipt for a purchase that occurred about the same time Gilbert was run down. Surveillance video showed Hearnsberger in his Murano with a passenger buying food.

A tip to police led investigators to the 610 Center Bar and Grill on Center Street. A bartender, Rance Hipp, confirmed that Hearnsberger had been one of a group of about six people at the bar the night of the crash. The group's tab, paid up by Rickey Phillips, showed 15 alcoholic beverages had been purchased. Phillips, through his lawyer, declined to cooperate with the police investigation.

On Thursday, Hearnsberger's attorney, John Collins, did not call any witnesses, but instead presented the judge with more than a dozen letters from supporters, among them Bishop Larry Benfield, who also attended the hearing.

"Neither our diocese's Commission on Ministry nor I saw anything to indicate that he would be anyone other than a good and faithful pastor," Benfield wrote. "He has the potential to do much good in the community ... The level of empathy for the victims and his deep feeling that he has somehow let the church down ... are sincere feelings on his part.

"I know from talking to him that he truthfully feels that what he has learned from this tragic event will make him a better minister, someone with the empathy to work with others as they struggle with their own hard situations in life."