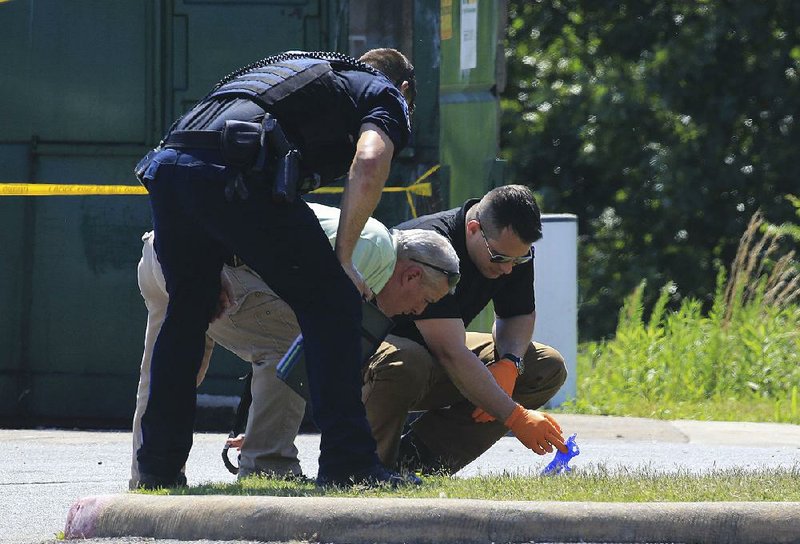 North Little Rock police are investigating the city's fourth homicide of 2019 after a man was fatally shot in a housing complex near Camp Robinson on Thursday afternoon, according to a department spokesman.

Late Thursday night, police identified the victim as Tilton McDonald. No age or hometown was released.

A 911 caller told police at 2:33 p.m. Thursday that a man had been shot at the Wilmington Apartments complex on Donovan Briley Boulevard but, when officers arrived, the man was gone, Cooper said.

Investigators placed yellow police tape around Apartment A at the building at 623 Donovan Briley Blvd. and were setting out evidence markers Thursday on the lawn. Police have not said where at the complex the shooting took place.

The Wilmington Apartments complex consists of 24 two-story units in the northern portion of the city near Camp Robinson. A crowd looked on as investigators walked around the apartment complex and took photos in the grass in front of the building.

Cooper said the victim did not live in the apartment complex and that it was not immediately clear why he was there Thursday afternoon.