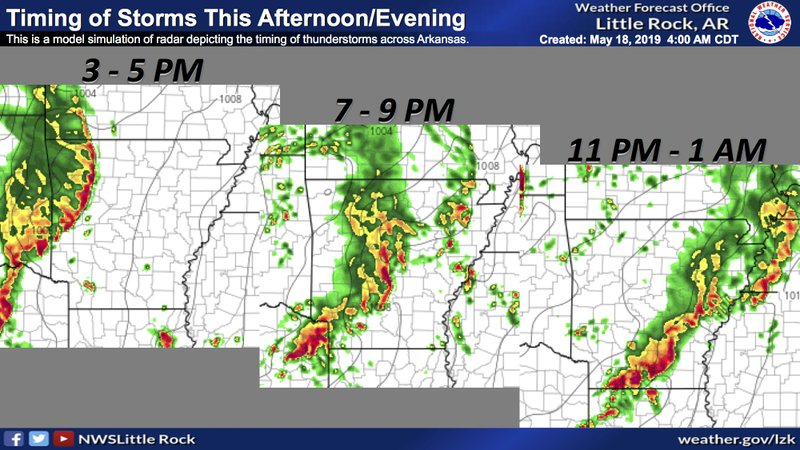 This National Weather Service graphic shows the predicted timing of storms as they make their way eastward across the state on Saturday afternoon.

A line of strong winds reaching up to 60 mph moved across Northwest Arkansas, downing trees and causing power failures to more than 8,000 residents in the Fort Smith area Saturday afternoon, authorities said.

An outage map for Oklahoma Gas & Electric, which supplies power to the area, said more than 8,300 residents in the Fort Smith area are without power, with more than 1,000 residents also affected by the weather in surrounding areas.

U.S. Rep. Steve Womack, R-Ark., said on Twitter that tornado damage has been “confirmed throughout Sebastian County,” but that there have been no reported injuries.

Multiple counties across the northern and western portion of the state were under warnings and watches Saturday afternoon.