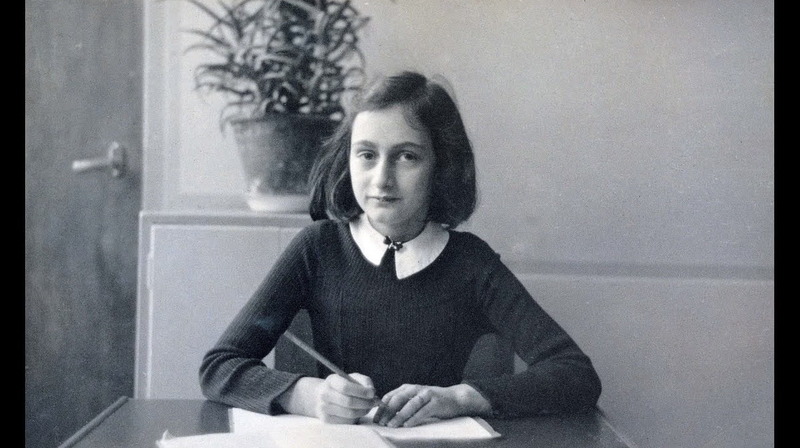 Anne Frank, from the exhibit "Anne Frank: A Private Photo Album" (Courtesy of the Anne Frank Center for Mutual Respect)

The budding writer sits at her desk, pencil in hand, paper in front of her.

She is a young girl, 11 or 12 maybe. She wears a sweater. A pin in the shape of a butterfly -- or is it a bee? -- is fastened to her white collar. She looks squarely at the camera with a faint smile and seems content, willing to put up with having her picture taken and then getting back to her work.

In 1945, a few years after this picture was taken, the writer would die at the Bergen-Belsen concentration camp in Germany.

Her name was Anne Frank. She was just 15 years old. You probably know her story, but here are just a few details.

In 1942, she and her family went into hiding from the Germans who were occupying Amsterdam. They were discovered and arrested by the Gestapo in 1944 and sent to Auschwitz, the German-occupied concentration camp in Poland. Anne and sister Margot would later be taken to Bergen-Belsen, where they would die of typhus. 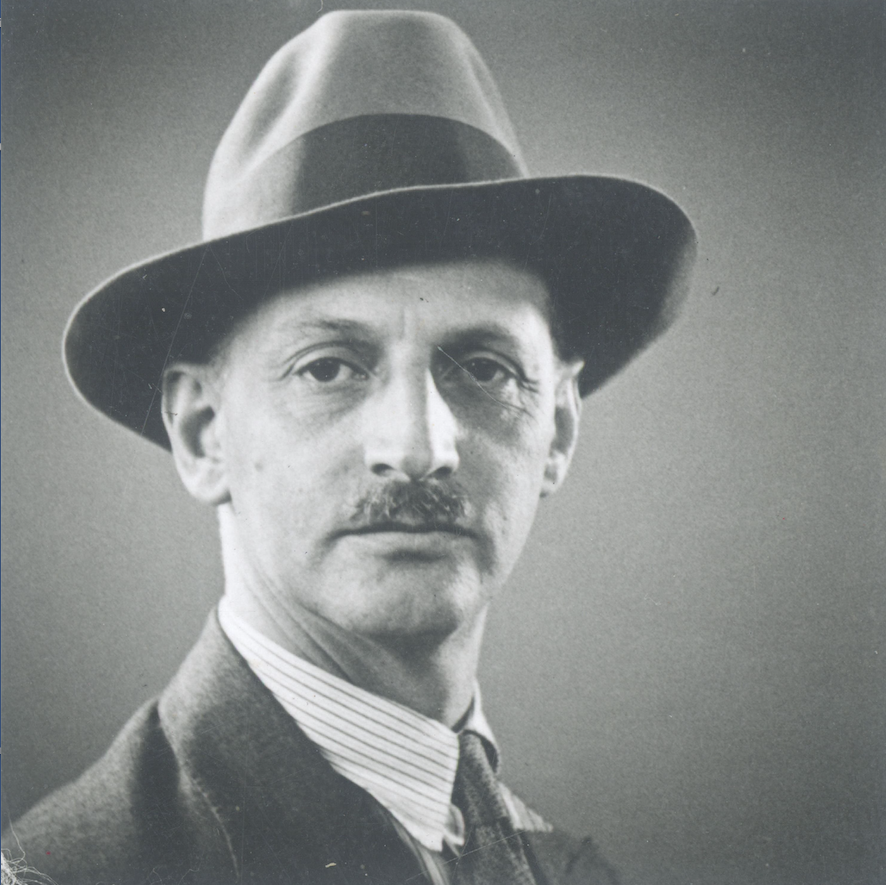 Her father, Otto, was one of the few members of the Frank family to survive, and when he returned home to Amsterdam he found that the diary Anne kept during their time in hiding had been saved.

In 1947, her account was published as Anne Frank: The Diary of a Young Girl. A professor friend of Otto's called it "the most moving document about that time I know, and a literary masterpiece as well."

The book became a beloved classic and Frank, forever a teenager bristling with promise and hope, remains a powerful symbol of the cruel legacy of Nazism. The Diary of a Young Girl has been translated into 70 languages and has been published in more than 60 countries. It has sold more than 30 million copies and has inspired several films, documentaries, television programs and a play.

Frank, who would have turned 90 on June 12, is the subject of two exhibits now on display at the Center for Humanities and Arts at the University of Arkansas-Pulaski Technical College in North Little Rock.

"Anne Frank -- A Private Photo Album" is presented in the center's gallery and includes photographs, some rarely seen by the public, that were discovered by Otto Frank upon his return to Amsterdam. The second exhibit, "Anne Frank -- A History for Today," is being shown in the center's lobby and consists of free-standing panels with photographs and text illustrating the consequences of the Nazi party's doctrine and how it affected the Frank family. 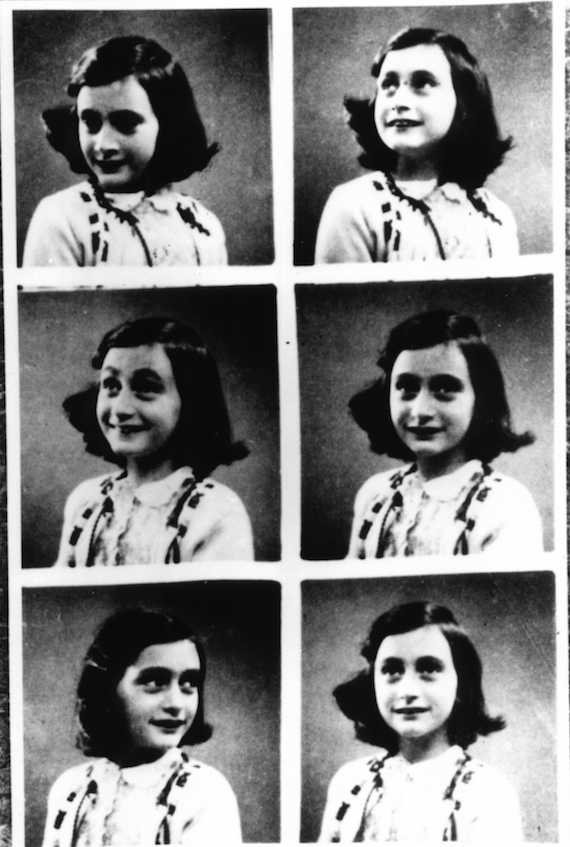 Anne Frank is shown in a series of photos. (Courtesy of the Anne Frank Center for Mutual Respect)

The fact that they will be up at Pulaski Tech during what would have been Frank's 90th birthday is "a great honor for us," says Debra Wood, Windgate Gallery and CHARTS Theater coordinator.

"I look forward to seeing how the two exhibits complement and work with each other -- one telling a family's story before tragedy and the other explaining that tragedy on an international scale," Wood says.

Elisa Rapaport is chief operating officer of the nonprofit Anne Frank center which, along with providing the exhibits, also presents programs about the life and story of Frank to schools and other organizations. 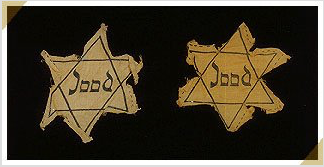 Emblems were used to identify Jews under the Nazi regime. (Courtesy of the Anne Frank Center for Mutual Respect)

Talking about the exhibits, Rapaport says visitors "can expect to be moved and thrust back into time to get an understanding of the horror of the Holocaust. It's a reminder that this isn't so far away from us, and there are some aspects that are frighteningly familiar when we see the rise of anti-Semitism and other forms of hatred around us today."

On Oct. 27, 2018, 11 worshippers were killed in a mass shooting at a Pittsburgh synagogue. Last month, one person was killed and three were wounded at a shooting at a Poway, Calif., synagogue.

"We need to recognize the Holocaust for what it was, and at the same time take a look around us currently," Rapaport says. "This doesn't just belong in the history books. We need to understand it and relate it to today." 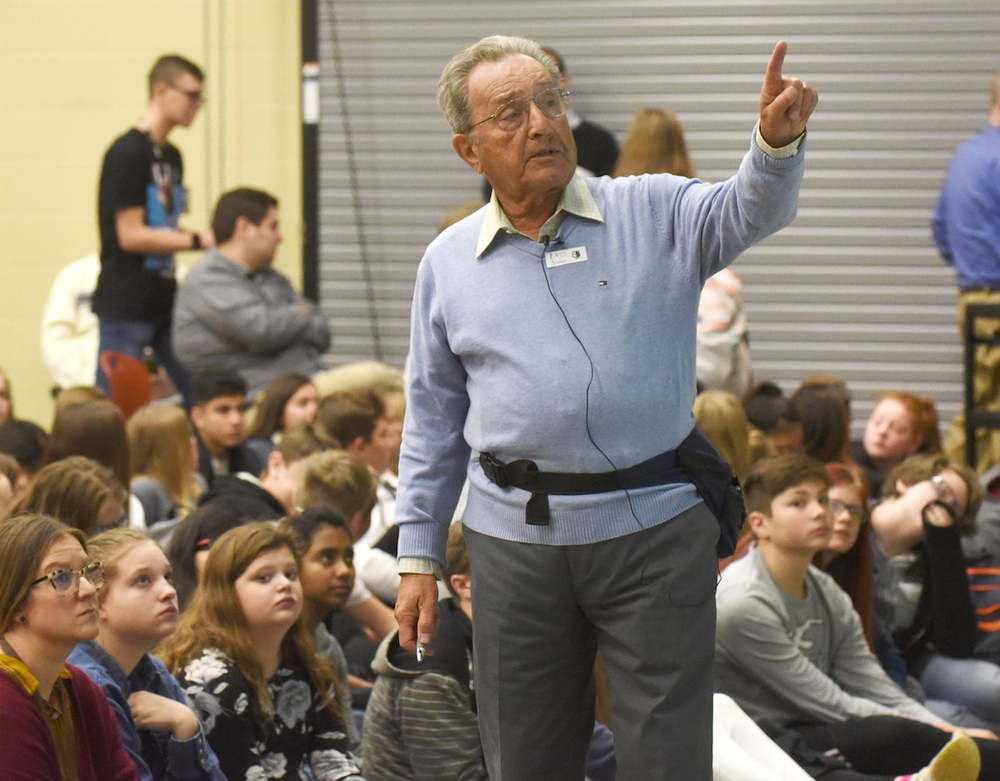 Pieter Kohnstam talks to students at Fulbright Junior High School in Bentonville on Nov. 14 about his experiences fleeing Germany during the Holocaust. (NWA Democrat-Gazette/FLIP PUTTHOFF)

Pieter Kohnstam is a Holocaust survivor who lives with his wife, Susan, in Venice, Fla.

Anne Frank was his baby sitter and playmate.

"She was very intelligent and advanced for her age," says Kohnstam, 82. "Her sister, Margot, and her mother were more reserved. I hardly remember saying anything to Margot, but Anne came to our apartment all the time. She picked me up from school and would read all kinds of stories to me of what she was writing. She was between 11 and 13 years and she was interested in what girls that age are interested in -- movie stars, high heels, cosmetics."

Kohnstam's parents and Anne's parents were friends and neighbors. His mother, Kohnstam says, was the one who told Anne's mother to buy her daughter a diary after Mrs. Frank complained that Anne would leave her papers scattered around the apartment.

"She was in our house daily," Kohnstam says. "She was a fun girl and very smart, very ahead of her time."

Kohnstam is on the board of the Anne Frank Center for Mutual Respect and wrote about his family's Holocaust experience in A Chance to Live: A Family's Journey to Freedom. He was the keynote speaker in November at the 27th Annual Arkansas Holocaust Education Conference at the Jones Center in Bentonville and also spoke at different schools over several days in Northwest Arkansas.

Barry Brown is with the Springdale-based Arkansas Holocaust Education Committee, which hosts the annual conference and works to connect Holocaust survivors with students and educators. He met Kohnstam a few years ago while attending temple one Friday night in Florida.

"He tapped me on the shoulder and said, 'Hello, I'm Pieter Kohnstam and I'm a Holocaust survivor,'" Brown says. "Little did he know that it was my job to find survivors each year for the conference."

Exhibits like the two at Pulaski Tech, Brown says, help visitors "to learn what [Anne Frank] went through so that we can identify bigotry and intolerance today and stem it before it takes hold.

"Unfortunately, we're seeing the same things be repeated over and over again."

Education, Brown believes, could go a long way to fixing that.

"Currently, there are only 22 states that require Holocaust education in public schools. Arkansas is not one of them," he says. "One of the things Pieter and I are working on is to get the state Legislature to mandate a section of the public school curriculum to be devoted to Holocaust education. Very few students and kids are exposed to that at all." 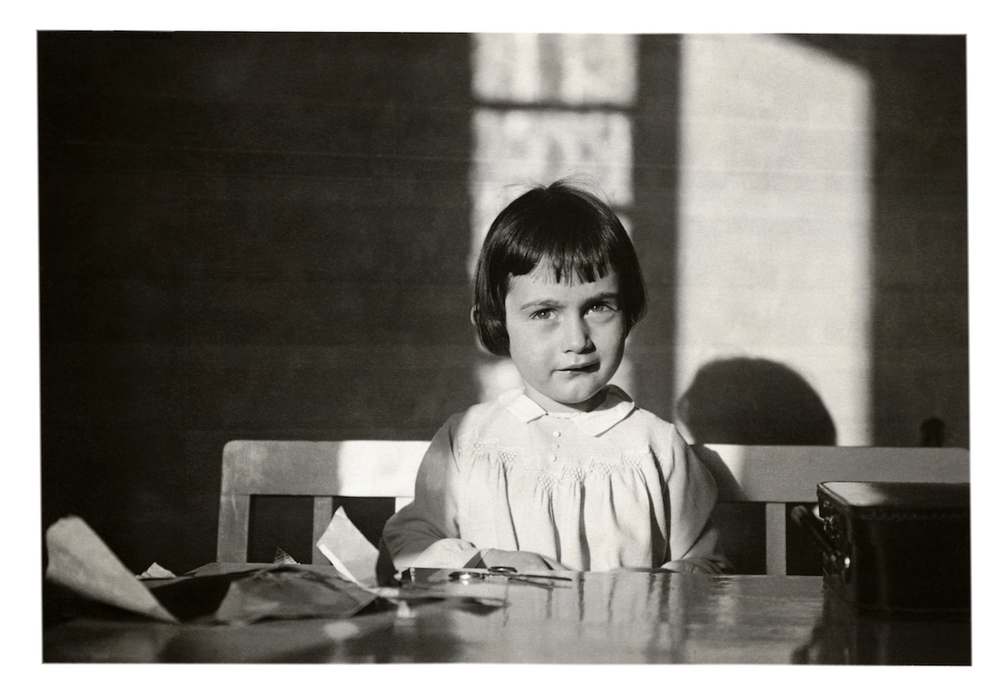 Jan Purnell was volunteering as a docent at The Gordon Center for Performing Arts in Owings Mills, Md., when she first saw the Frank family photo album exhibit. She was so moved by the images that she sent a letter to the Anne Frank center and gave permission to share excerpts from it here.

"When I started studying the Frank family photos ... I felt an immediate connection," Purnell writes. "The photos could have been taken from my family albums ... What a wonderful middle class family the Franks were.

"As I then began reading the story panels that accompany the photos my 'connection' took a turn. 'There but for the grace of God ... .' I realized that the dangers of prejudice that destroyed the Frank family continue today throughout the world."

For Rapaport, Purnell's reaction is understandable.

The viewer can identify with the mundane, happy images of children in a bathtub, of kids playing outside and a grandmother holding a baby, she says.

The impact comes when visitors are reminded of what happened to the family and the little girl in those black and white photos. How that pleasant-seeming, normal family was forced into hiding, attacked, arrested and sent to die in concentration camps just because they were Jews.

"Even those who think they know the story, sometimes just seeing something like this helps anchor the context for them," Rapaport says. "And in the 'History for Today' exhibit, they can learn more about the political context and the historical context. It examines the Frank family's experience and it jumps forward and it connects to the implications for human rights and human dignity today."