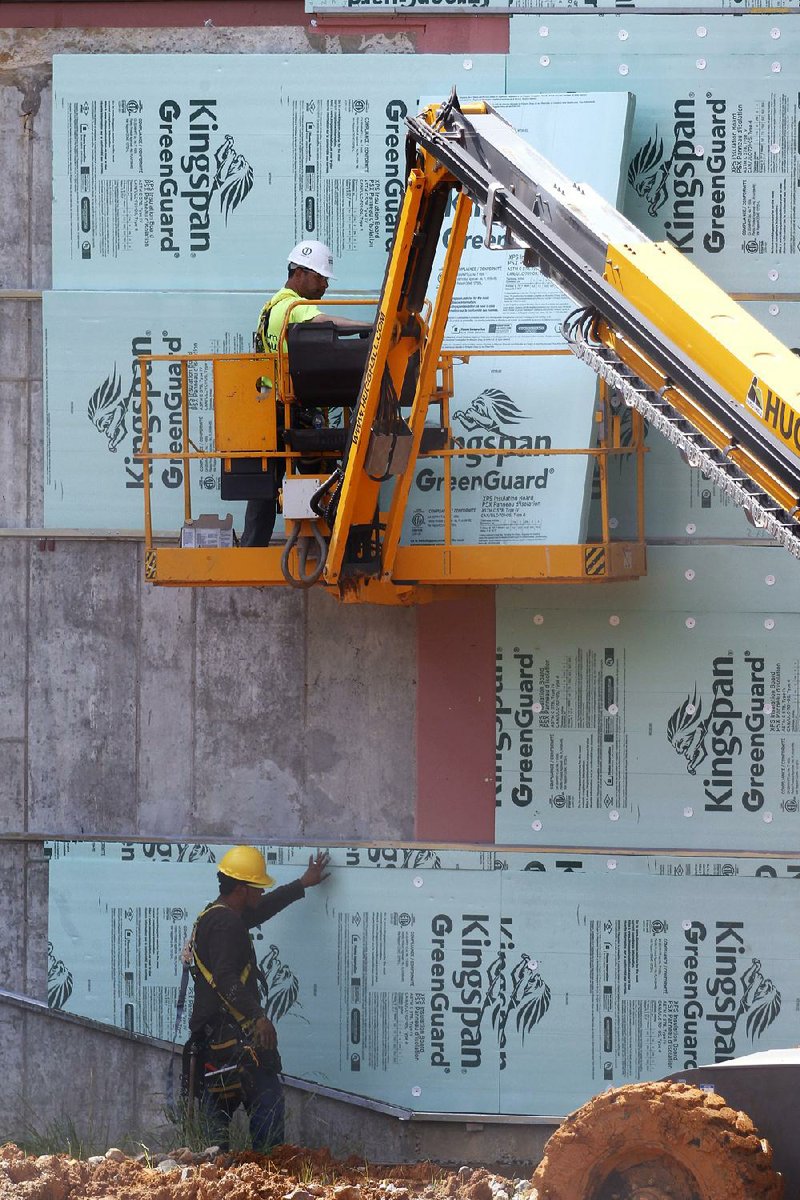 The Jacksonville/North Pulaski School District — which has recently built one new elementary, expanded two others and is finishing a high school — is seeking voter approval Tuesday of a property-tax extension to finance additional campuses.

Polling places will be open from 7:30 a.m. to 7:30 p.m. Tuesday in an election that consists of two uncontested races for the Jacksonville/ North Pulaski School Board and the proposed extension of a 22.4 debt-service-mill levy from 2042 — when the tax mills are to expire — to 2055.

Incumbents School Board member Marcia Dornblaser and Ronald McDaniel are unopposed in seeking re-election to school board seats.

School board and/or school tax elections in Pulaski County’s three other school districts will be in November.

If approved by voters, the Jacksonville district’s proposed 13-year extension of the 22.4 debt-service mills would be used to pay off construction bonds for as many as four new schools in a system that is in the midst of building all new campuses to fulfill commitments in a federal school desegregation lawsuit. The district’s overall property-tax rate is 48.3 mills.

The proposed extension would not increase a resident’s annual property-tax payment, but it would increase the number of years in which the taxes must be paid.

“When you start something, you’ve got to finish it,” James Bolden, a Jacksonville area church pastor, said Friday about the need for new schools in the district. “We’re not asking for something new — we’re trying to extend it.”

A leader in the 2016 detachment of the Jacksonville/ North Pulaski district from the Pulaski County Special School District, Bolden said voters have the opportunity to create a legacy of new schools that will benefit generations of children to come.

Robert Price, economic director for the city of Jacksonville and chairman of the millage-extension campaign, said there are benefits at stake in Tuesday’s vote, one of which is the finding by some national researchers that students have greater pride and higher achievement in up-to-date buildings with good light, bright colors and work-flow plans.

“I see this as not only a quality move in terms of good schools for our kids and our teachers, but … it promotes economic growth for the city,” Price also said. “Whenever you have good schools, businesses and industries are interested in coming to the city.”

Good schools are an integral part of cities that have good economic development, he said.

There has been some social media posts in opposition to the millage extension.

“Against the Jacksonville Millage Campaign” is a Face-book site administered by Debbie Sullivan Fulton. The site states that the group’s members are opposed to a tax increase to support long-term debt after raising taxes in the community three years ago in 2016.

The Jacksonville district’s 22.4 existing debt-service mills — including a 7.6 mill tax increase in February 2016 — generated money for the purchase of schools from the Pulaski County Special district and for the construction of the new Bobby G. Lester Elementary School, the multi-purpose rooms at Bayou Meto and Murrell Taylor elementaries and the new Jacksonville High School that will open this August.

By continuing the 22.4-mill tax levy to 2055, district leaders anticipate having sufficient revenue to pay off a series of bonds that would be issued for the district’s share of construction costs for a new middle school and up to three new elementaries, Superintendent Bryan Duffie has said.

The proposed extension would support the refinancing of the district’s existing debt and generate an additional $60 million — making available a total of $116,340,000 for the district’s share of the capital construction program.

That bond money would be paired with district savings and school construction aid from the state, Duffie said, adding that state funding is essential to the building plan.

The state’s share of construction costs for academic space has been as high as 47% for the district. That is expected to decrease over time but still be as much as a third of project costs.

Without a voter-approved millage extension, the district could pay for the middle school and one elementary school by issuing second-lien bonds that don’t require voter approval, Duffie said. But second-lien bonds would not cover the cost of the final two elementary schools, he said, which the district has committed to a federal judge that it will build.

The Jacksonville/North Pulaski district inherited federal court-approved desegregation obligations of the Pulaski County Special district — including the obligation to make its campuses comparable with the new, more modern schools in the neighboring Pulaski County district.

U.S. District Judge D. Price Marshall Jr. ruled in September that the Jacksonville district will be entitled to be released from federal court supervision of its buildings by 2026 if it follows through on its commitments.

Marshall is the presiding judge in the 36-year-old Pulaski County school desegregation lawsuit.

District residents have asked in recent days why the district did not ask for a high enough millage rate to build all the buildings when the voters approved a 7.6-mill increase in 2016, Duffie said Friday.

Former Superintendent Tony Wood knew additional money would be needed, Duffie said, but Wood didn’t want to make the proposed initial rate so high that it would create an extraordinary burden on taxpayers.

Wood and the district’s financial adviser Scott Beardsley considered different scenarios to determine the amount of tax mills that would allow the district to start the buildings and then could be extended later by voters to finish the job, Duffie said.

“There was deliberate planning … that there would be an extension as part of this facility plan and it was in there from the beginning,” Duffie said.

If the millage extension is not approved Tuesday, the district will have to try to pass a tax plan in 2020 and/or return to the federal court for guidance from the judge on how to proceed, Duffie said.

The district is asking voters to extend an existing tax mill levy. If approved, the proposed 13-year extension of 22.4 debt-service mills from 2042 to 2055 would be used to finance school building construction. The district’s overall property tax rate is 48.3 mills. Also, incumbent Marcia Dornblaser is running unopposed for the Jacksonville School Board’s Zone 1 position. Ronald McDaniel, the board’s current president, is running unopposed for the district’s at-large Zone 2 position.