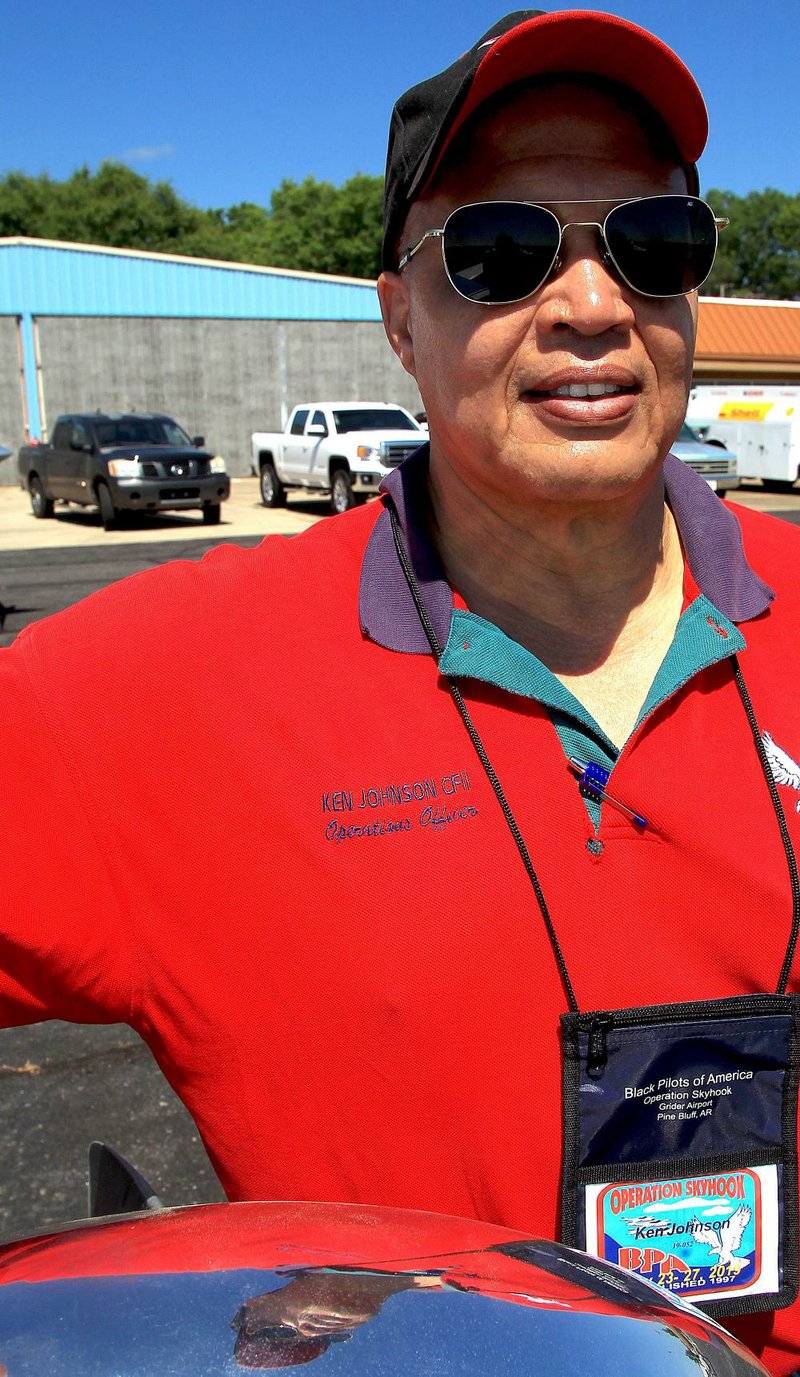 PINE BLUFF -- The Black Pilots of America have returned for their 23rd annual Operation Skyhook Fly-in.

The four-day event features flying competitions and free airplane rides for children and will be held through Sunday at Grider Field.

Airport Manager Doug Hale said the event, which began Thursday evening, is widely anticipated, with pilots flying in from all over the country.

"We actually had a couple come in Wednesday," Hale said. "They come in from California, Florida, New Jersey, everywhere."

Black Pilots of America membership runs the gamut, Hale said, "from "common everyday folks like you and me" to a virtual who's who of black aviation pioneers.

"I've met a few of the original Tuskegee Airmen," said Hale, referring to the black military pilots who formed the 332nd Fighter Group of the U.S. Army Air Corps that served in World War II. "I've met a retired army general, a colonel who flew in Vietnam. I've even met an astronaut."

One of those pioneers, Les Morris, now serves as chief financial officer for the Black Pilots of America and is attending this weekend's gathering. Morris was the first black pilot for Eastern Airlines, according to the Organization of Black Aerospace Professionals, and began flying in 1954.

"I did it to dodge the draft," Morris said with a chuckle. "I thought it would be better to learn to fly than to dig foxholes."

Morris, who is retired, said the first association for black pilots, Negro Aviation International, formed in 1967. Black Pilots of America was formed 30 years later, and today it consists of about 1,100 members in chapters spread throughout the country.

"What we do is we introduce young people to aviation," he said. "Each chapter has their own program where they take youngsters to towers, air traffic control, and show them other aviation jobs so they can see what's available out there."

Ken Johnson of Pine Bluff, a former operations officer for Black Pilots of America, said Morris was a role model for him when he became interested in flying.

"I remember seeing his picture in an aviation magazine," Johnson said. "There weren't a whole lot of black pilots back then, and here was this guy flying for Eastern Airlines."

Operation Skyhook continues today with a pilot proficiency competition this morning and free airplane rides for children beginning about 3 p.m.

Pilots will compete Sunday in a balloon bursting contest and a spot landing contest, and will offer additional airplane rides in the afternoon.