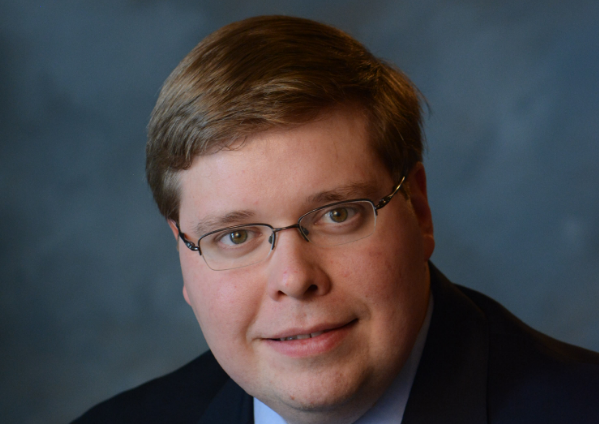 Jon Gilmore, Gov. Asa Hutchinson's deputy chief of staff, on Monday announced he would resign at the end of the month to pursue a career in the private sector.

A lobbyist for the Arkansas Ophthalmological Society spent more than $111,000 in the group's unsuccessful quest to defeat a new law that will allow optometrists to perform a broader range of eye surgeries.

Laura Hawkins' reported expenses on behalf of the society are the largest total reported by any lobbyist from Jan. 1 to April 30, according to this newspaper's review of records filed with the Arkansas secretary of state's office.

Hawkins' spending total of $111,662.20 in that four-month period far exceeded that of lobbyists who spent the second- and third-highest amounts.

Gilmore Strategy Group, headed by Gov. Asa Hutchinson's former Deputy Chief of Staff Jon Gilmore, reported the second-largest total of expenses at $33,630.15. Stanley Hill of the Arkansas Farm Bureau was next with expense totals of $32,833.99, according to their lobbyist reports.

Totals from recent years are much lower than they were in 2009, when lobbyist expenses totaled about $1.3 million. Two tobacco company lobbyists spent more than $330,000 that year in an unsuccessful campaign to kill then-Gov. Mike Beebe's plan to increase tobacco taxes.

To produce this article, the Arkansas Democrat-Gazette reviewed more than 1,400 monthly reports filed during the first four months of this year. This year's regular session started Jan. 14 and officially adjourned April 24.

In November 2014, voters approved Amendment 94 to the Arkansas Constitution. The amendment bars lobbyists from buying meals and drinks for lawmakers in one-on-one meetings and small groups, but it allows lobbyists to buy food and drinks for lawmakers at "a planned activity" to which the entire Legislature, the House or Senate, or a legislative committee is invited in writing at least 24 hours before the event.

The House speaker's ball and Senate president pro tempore's dinner are typically among the most expensive events financed by lobbyists. But this newspaper's review didn't find many reported contributions to those events.

"I received a couple of calls several weeks ago seeking guidance on how to report a contribution made to the [Republican Party of Arkansas] for a recognition event for either the Speaker or President Pro Tem," Graham Sloan, director of the state Ethics Commission, said Friday in an email.

"In keeping with Advisory Opinion No. 99-EC-001, my advice was that the best practice would be for a lobbyist to report the contribution in the section of the reporting form for 'other item' exceeding $40 which corresponds with Ark. Code Ann. § 21-8-604(b)(2)(A)(iii)."

Sloan added in an interview, "it was a fresh look at it, and it was the answer I came up with."

Doyle Webb, chairman of the state Republican Party, said he expected to raise about $75,000 from sponsors, who paid $2,000 apiece for the House speaker's ball on April 4, and to spend about $60,390 of that and for the party to retain the rest.

He said he anticipated raising about $120,000 from sponsors, who paid $2,500 apiece, for the Senate president pro tempore dinner on March 28. Webb expected to spend about $38,520 of that and to donate the rest to charities, as requested by Senate President Pro Tempore Jim Hendren, R-Sulphur Springs.

Hendren said the two charities are Folds of Honor, which provides college scholarships to fallen and injured military members, and Reboot, a nonprofit that helps veterans and others with post-traumatic stress disorder. He said he tried to keep the expenses down in order "to do some good with the event."

She reported spending about $1,200 in January and April.

Hawkins, who also is a legislative support specialist at the Arkansas Medical Society, said that group paid Impact Management Group to conduct a poll that found that most Arkansans opposed allowing optometrists to perform eye surgeries.

Scott Smith, director of governmental affairs at the Medical Society, reported spending $15,000 for "a survey/poll" in January and $5,378.98 for a Jan. 30 dinner for the House and Senate Public Health, Welfare and Labor Committee members.

Smith's reported expenses totaled $21,988.56 in the first four months of this year, which was sixth-highest among lobbyists.

In an interview last week, Hawkins said the advertising expenses were for television and radio ads. The "patch-through calls" were telephone calls that enable recipients to be patched through to a switchboard if they wanted to speak to their lawmakers about the bill.

"We were trying to get our message out that we opposed the bill," she said. "We were making sure that we were doing everything to raise awareness.

The legislation creating the act, House Bill 1251, failed to clear the House Public Health, Welfare and Labor Committee on Feb. 19.

But then the bill cleared the committee March 5 after it was amended.

Supporters contend that the law will allow optometrists to use more of their training and provide easier access to eye care for patients in rural areas.

Opponents, including groups representing ophthalmologists and other physicians, argue that it will put patients at risk.

Farmer said the association has about 325 members.

Sen. David Wallace, R-Leachville, who was the Senate sponsor of HB1251, said he isn't surprised that Hawkins spent the largest amount among the state lobbyists.

"That was a tough fight," he said last week. "The optometrists had them outnumbered on the ground in talking to the representatives and senators. They had boots on the grounds, and the ophthalmologists spent the money. I was really impressed with the organization of the optometrists."

Farmer said each of those firms, along with Eddins & Associates of Little Rock, lobbied for the legislation.

Scott Smith of the Arkansas Medical Society said Friday in an email that each of those lobbying firms, along with Mullenix & Associates, worked with the groups to try to defeat the bill.

The Gilmore Strategy Group -- headed by Gilmore, who also is Hutchinson's chief political strategist -- reported that most of its $33,630.15 in lobbying expenses occurred in January.

The firm reported a $16,117.46 expense for a Jan. 28 dinner for sheriffs and their spouses, county employees and client employees at the Arkansas Sheriffs' Association winter meeting on the behalf of Correct Solutions LLC. Gilmore and Rett Hatcher also shared in the cost of the event, according to the report. Hatcher is Gilmore's partner in Gilmore Strategy Group and is a former aide to Hutchinson.

Paying for the dinner is "just relationship building with the sheriffs, really more of a thank you for law enforcement folks," said Gilmore. "It wasn't a pitch, and it wasn't a presentation."

Gilmore Strategy Group reported a $3,388.28 expense for a Jan. 29 breakfast for lawmakers on behalf of Audubon Arkansas. Gilmore and Hatcher also shared in the cost of the event. Gilmore said he worked for Audubon Arkansas to help pass solar energy legislation, which is now Act 464.

Gilmore Strategy Group also reported a $3,096.97 expense for a March 25 dinner for House and Senate transportation committee members on behalf of CRH Americas Materials Inc. Gilmore and Hatcher shared in the cost of the event. Gilmore said CRH Materials owns Ash Grove Cement Co. and APAC in Springdale that employ more than 1,000 people in Arkansas.

The firm also reported a $3,565.55 expense for a Feb. 13 "special event" for the House City, County and Local Affairs Committee members and staff on behalf of the Arkansas Homebuilders Association. Gilmore and Hatcher also shared in the cost of the event.

Gilmore said the Homebuilders Association supported what is now Act 446. The measure will prohibit cities and counties from regulating "residential building design elements," such as siding material, the pitch of a roof and the styles of windows and doors. Proponents say it will prevent cities from discouraging affordable housing.

Most of Hill's $32,833.99 in lobbying expenses was for postage, printing and food, travel or lodging on behalf of the Farm Bureau.

Hill, the Farm Bureau's vice president of public affairs and government relations, said the postage and printing was to send county leaders across the state a bulletin that summarized session highlights and the bills tracked by the bureau.

He said the largest expenses probably were for a farmers day held in March at the state Capitol in which the group covered the food and/or lodging for more than 100 people.

"Overall, we were pleased with our performance [this session]," Hill said. "We didn't get everything we wanted, but we got the majority of what we wanted."

The lobbying firm, led by former state Rep. Ted Mullenix, R-Hot Springs, and his wife, Julie, ranked fourth for expenses during the first four months of the year.

Mullenix & Associates reported that most of its $29,978.77 in expenses occurred in February. The firm reported a $24,462.73 expense for a Feb. 13 reception for lawmakers on behalf of the Arkansas Realtors Association. The firm also spent $2,472.81 for a Feb. 20 dinner for members of the House Judiciary Committee, according to its report.

The Realtors reception typically is one of the most expensive lobbying events during each regular session. This year, the association once again defeated a bill that would have set minimum standards for residential rental property.

Mullenix & Associates reported a $2,583.23 expense for a March 11 dinner for members of the House Insurance and Commerce Committee on behalf of the lobbying firm.

This nonprofit group reported the fifth-largest amount of lobbying expenses in January-April this year.

Chad Gallagher, a consultant who worked for Protect AR Families' campaign against a proposed constitutional amendment to overhaul the state's tort laws that the state Supreme Court struck from the ballot last year, said, "During the recent legislative session, PARF kept voters aware of any new legislative attempts to place a price tag on life, as well as other legislation that would harm Arkansas families.

"Also, PARF specifically educated voters on bills designed to change the worker's compensation program that would have put insurance companies in line ahead of victims for settlement dollars," he said in a written statement.