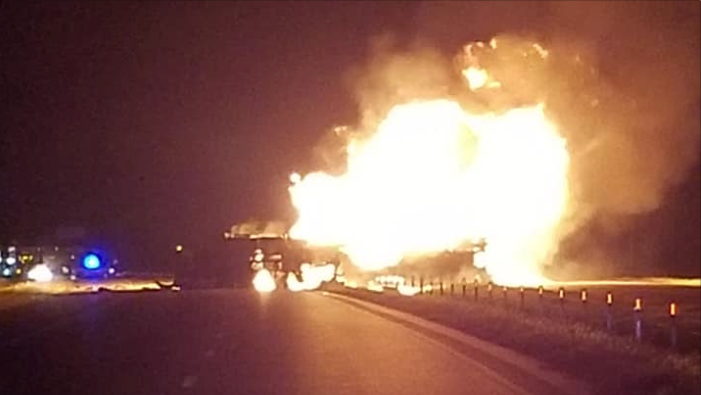 An interstate has been reopened after a tanker truck carrying ethanol overturned and caught fire in east Arkansas early Wednesday morning, authorities said.

The wreck injured the truck's driver and closed the interstate for around nine hours.

The crash happened about 1:30 a.m. in the southbound lanes of Interstate 55 north of Marion, according to a Facebook post by the Marion Fire Department. The truck’s driver, who was not identified in the statement, was taken to a hospital for treatment.

The truck was carrying 8,000 gallons of ethanol at the time of the crash, fire officials said.

A hazardous materials crew responded to the fiery wreck, as did the Crittenden County Office of Emergency Management, Arkansas State Police, and a number of nearby fire and police departments.

According to the Arkansas Department of Transportation, authorities from the Environmental Protection Agency were on scene shortly before 8:30 a.m., pumping ethanol from the wrecked tanker to a new vehicle, and officials reported the crash cleared just before 10:45 a.m.

No other injuries were reported.