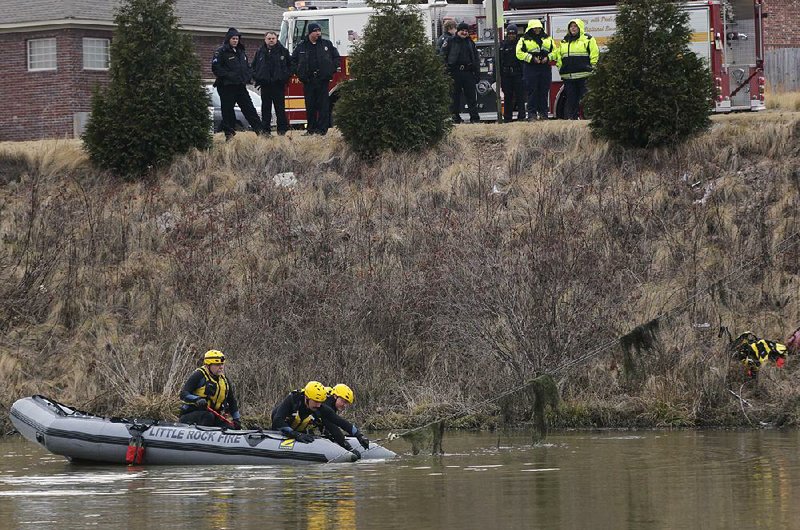 The city cannot be held financially responsible for two deaths that resulted from a car plunging into a frigid Little Rock pond in 2013, the Arkansas Supreme Court said in a unanimous ruling Thursday, upholding the decision of a circuit judge.

The high court's decision is the latest in a series of legal battles pursued by Dayong Yang, whose wife, Jinglei Yi, and son, Le Yang, died of injuries suffered in the wreck. Yang and his attorneys say the delayed response of city emergency services contributed to the deaths.

The Supreme Court, however, affirmed the decision of Pulaski County Circuit Judge Tim Fox to dismiss the lawsuit against the city, on the basis of a state law that grants immunity to localities that lack liability insurance.

The court also rejected Yang's claims that the city violated his son's civil rights because the first responders to the scene waited for designated water-rescue units to enter the pond.

Yang's attorney, Carter Stein, said in a statement Thursday that he would be reviewing the court's decision with his client and "contemplating" further action.

"We remain committed to shining a light on the deficiencies of Little Rock's 911 system which resulted in the deaths of Jinglei Yi and Le Yang," Stein said in a statement.

City Attorney Tom Carpenter called the deaths a "tragic situation," but said the court had reached the correct decision.

The deaths of Yang's wife and son raised criticism about the city's understaffed 911 dispatch system, which had resulted in the hiring of the dispatcher who failed to notify the proper rescue units about the crash until nearly a half-hour after the first emergency call for assistance.

The dispatcher, Candace Middleton, had previously been fired by Benton for poor job performance, according to reports. Little Rock declined to represent Middleton after she was included in Yang's lawsuit, and in 2017 Fox ordered her liable for $17.6 million.

None of that money had been paid as of Monday, according to Stein.

Meanwhile, Yang has reached a settlement with Metropolitan Emergency Medical Services, or MEMS, for $25,000. According to court records, the first MEMS responders at the scene were unable to attempt to rescue either the mother or son because of the freezing water that required them to wait for a specially trained unit of the Fire Department.

Yi, 39, and Le, 5 at the time, were eventually rescued from the vehicle. Yi died later that day at a hospital. Le died two years later as a result of his injuries, according to court and newspaper records.