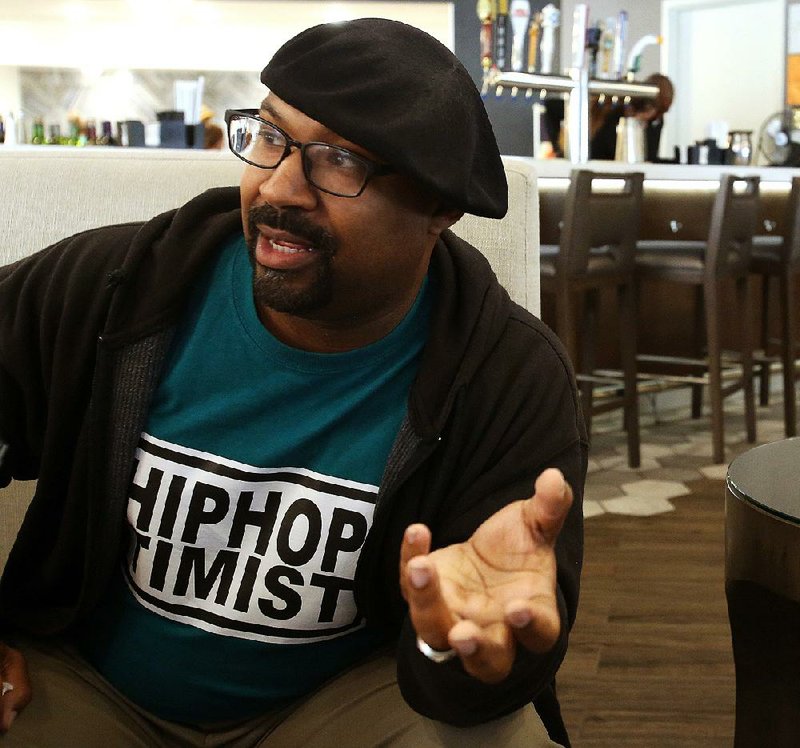 Little Rock teachers will walk into their classrooms Monday without a contract and -- for the first time since 1966 -- without a teachers' union to negotiate one.

The state Board of Education voted Oct. 10 to end recognition of the Little Rock Education Association as the collective bargaining agent for teachers in the Little Rock district, a move that has caused anger throughout the district, including a "sickout" by nearly 3,500 students who didn't show up for school Wednesday.

Asked Thursday, the last day of the teachers' contract, what would happen at midnight when the contract expired, Teresa Knapp Gordon, president of the teachers union, smiled wryly and shook her head.

"We all turn into pumpkins," Gordon said.

Then she turned serious.

"Nothing really changes," she said. "We still will represent our members in grievances and disciplinary actions. They still have the right to that representation as members and under state law."

The 23,000-student Little Rock district, classified by the state as a district in "Level 5 -- in need of intensive support," has been under state control and without an elected school board since January 2015. That's because six of its then-48 schools had chronically low achievement on state tests. While under state control, some of those original schools classified as failing have improved, but the number of schools considered failing has increased to eight.

Also at the Oct. 10 meeting, the Board of Education approved a framework for a plan to move the district from state control to a locally elected board that would have "limited authority as defined by the state board" in November 2020.

The state education secretary released a draft memo Tuesday that lays out a framework for creation of community schools and outlines the conditions under which the district will be returned to local control.

Gordon said the association will continue to advocate for students, which she said means she will still confer regularly with Little Rock Superintendent Mike Poore and state Education Secretary Johnny Key on issues involving students, teachers and learning conditions in the schools.

That responsibility, she said, will now go to a personnel policy committee, which she said could wind up with at least one -- if not more -- Little Rock Education Association members sitting on it. Even so, she said, decisions made by such committees must be ratified by the school boards and are often subject to approval by the district administrations.

"As education professionals, our voice should be the strongest," Gordon said. "We are the ones who are in those classrooms with those students, and we should be the one whose voice counts when we're talking about what we need to have the best learning conditions for those students."

Gordon said the effect on teachers during the state takeover has been demoralizing, with teachers feeling like they don't have the respect of the state as professional educators, and that has had a spillover effect into the classrooms.

She said students have been talking about the recent events with the state Education Board, parents are talking about it in the home and students hear those conversations, with many exhibiting concern.

"They're very intuitive, and kids can pick up on trouble in the air. They can sense that something is wrong," she said. "Some of our older kids are investigating for themselves what is going on because they know how to do that. They know how to research stuff. That's one of the things we teach them."

Gordon said that in addition to teachers, the union represents support workers, such as bus drivers, cafeteria workers, custodians, and other people who she described as "the backbone of our district" and who are responsible for ensuring that the myriad details that go into a school day are addressed.

"We were in the middle of negotiating a raise for those people," she said. "They're really upset that, No. 1, they didn't get a raise, and No. 2, [should a walkout happen] the district is willing to pay $180 a day for subs. That's more than twice what most of our classified people make in a day."

On the likelihood of a walkout by teachers and support staff members, Gordon was noncommittal.

"A strike is the last thing we want to do," she said. "But, my membership and I feel that we will do whatever's necessary to protect our children."

"I think the membership has put all options on the table," McAdoo said. "Just like the state has the option to just give it back totally, the teachers have the option to just not do anything and just be subject to the punitive measures that they have placed upon us at this point. We have everything from that to work stoppage. Everything is on the table."

A big issue, Gordon said, is the draft memorandum of understanding released earlier this week by Key, that outlines the state's conditions for the return of the Little Rock district to local control. She said the memo of understanding contains plans that "go far beyond improving" the school district.

"We're just not going to let that happen to our district," she said. "We're not going to be the next New Orleans."

A push in New Orleans that began 20 years ago has resulted in an all-charter school district -- the first in the nation -- a situation that opponents to the state takeover of the Little Rock district five years ago say they fear is the state's ultimate plan for Little Rock.

"There were several laws passed in the last legislative session and the one prior that are pro-charter," Gordon said. "For example, we have the community blueprint where some of our schools are going to be closed and combined into K-8 schools. Well, that leaves a lot of empty campuses for charter schools to take because they have first right of refusal on any property that is empty or underutilized."

In an interview Thursday evening, the chairwoman of the state Education Board denied that the board's intent is to turn the Little Rock district into an all-charter, or even a charter-dominated district.

Diane Zook of Melbourne and Little Rock said the concern of her co-board members is to ensure a quality education.

"The board has not indicated in any way that it has any plan to, or even wants to, charterize all, or part, of the Little Rock School District," Zook said.

A particular point of the memo that Gordon took issue with had to do with the provision for community schools, which she said -- as they are described in the memo -- resemble charter schools.

"Community schools have been around for awhile in the United States, and if they would allow us a seat at the table we could work on that together, a collaborative work to make sure those community schools are the best they can be for our students," she said.

"But instead of regarding us as educators with knowledge about best practices, they're viewing us as union bosses like Jimmy Hoffa. I mean, come on, we're the teachers and educators that your children love, that parents love and sing our praises, and we're being treated like union thugs, basically," Gordon said.

Zook said the purpose of decertifying the teachers' union was not punitive, but was intended to create uniformity in how personnel policies in school districts in the state are developed.

Personnel policy committees have "served all the other districts in the state well," Zook said. "They felt like that would give all of the teachers in the Little Rock School District the opportunity to participate in the personnel policies as opposed to just those who are members of the LREA."