Evangelism officer for Episcopal Church lives up to her name 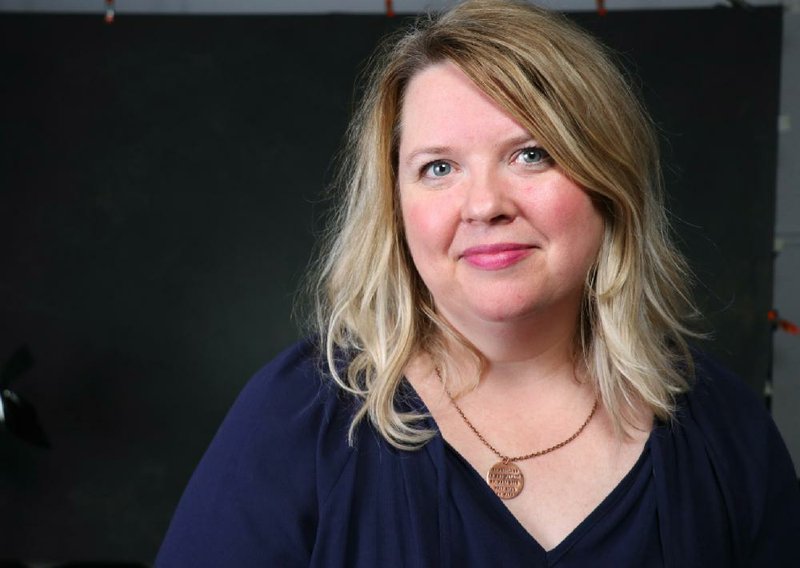 Greer, who began the new full-time position in March, lives on a small farm named Preservation Acres in Shady Grove near Greenbrier with her husband, Nathan Greer, and sons Miles, 15, and Wylie, 19, when he's home from college.

In the newly established position, Greer said her job will be to help share "what evangelism means in the Episcopal tradition."

"I help coordinate Episcopal revivals that we have across the country ... create curriculum and other tools to help both individuals and congregations to share the good news of God and Christ through word and example," Greer said as she sat in the library of St. Peter's Episcopal Church in Conway.

On her blog, jerusalemgreer.com, Greer calls herself "an Evangelical-refugee turned Episcopalian."

She grew up in the Southern Baptist Church. Her grandfather was a president of the Arkansas Baptist State Convention.

"My dad's name is Johnny Joe Jackson Jr., and my mother wanted to have [four] kids whose names started with "J" that came from the Bible, but she had that hippie factor. I was the first. My siblings are Joshua, Jemimah and Judea."

The Episcopal concept of evangelism is "about seeking, naming and celebrating the presence of God in our lives and the lives around us in our world," Greer said. "The next part is then to invite people into a loving, liberating way of life that brings about ... transformation through the liturgy." Episcopal evangelism "is not focused on numbers or ... on certain outcomes."

Despite the churches' differences, Greer said, "My parents have been very supportive. I know there are things we don't agree on. ... At the end of the day, we all love Jesus."

Her route to the Episcopal belief was not "a straight shot," she recalled. "I say that it was like following bread crumbs, Holy Spirit bread crumbs."

She believes her "faith has always been evolving. I think I was on this road from the beginning. I was always pushing the boundaries within my traditions, within the Baptist tradition. And then later on, I was part of a nondenominational church," and later the emerging-church movement established around the end of the 20th century.

After Greer met her future husband, they searched together.

"I loved the liturgical calendar," she said. "And I fell in love with things like Advent ... and the season of Lent." The calendar abounds in celebrations and observations.

"And that's what the majority of our life is, right? The majority of our life is ordinary. It's paying the bills. It's raising the kids. It's paying the mortgage. It's [working] in the yard. It's doing the grocery shopping. It's ordinary. And so it can be easy to feel connected to God on the mountain tops and in the valleys. But living a faithful life daily is what's harder."

She has loved entertaining since childhood. "When I was a 10-year-old, Martha Stewart's Entertaining was my favorite book," she said. "And then I discovered as I grew up that there were these celebrations within a Christian tradition."

Greer has written two books, A Homemade Year: The Blessings of Cooking, Crafting, and Coming Together, and At Home in This Life: Finding Peace at the Crossroads of Unraveled Dreams and Beautiful Surprises. Included are recipes like Patchwork Pot Pie and Presbyterian Slaw, craft patterns, and even a chapter about worm farms.

In her new job, she works from home and many other places, including the church's offices in New York. The job already has taken her to Panama, Hawaii, Wisconsin, Massachusetts, Alabama, Florida and Ohio.

"Our country is so multifaceted. ... That's one of the beautiful things about the Episcopal Church -- that it can hold so many differences within it. ... Not everyone has to agree with everything all the time. ... We are unified through our love of Jesus and through the table, the Eucharist. And as long as we can keep coming to the table together and stay in conversation, we're going to be OK."

The farm's name is "a nod to our history," she said. "Also, we liked the idea of ... preserving a way of life that really connects to the earth, to the land and instills a sense of gratefulness and rootedness."

Visitors to the farm will see egg-laying chickens, pygmy goats, a mini pig named Winston, and the family dogs.

The Rev. Canon Stephanie Spellers, Canon to the Presiding Bishop for evangelism, reconciliation and stewardship of creation, said Greer was chosen from almost 40 applicants.

"Ms. Greer is an extraordinary writer, thinker, preacher, social media guru and program leader. We're grateful to Arkansas for sharing her with the world," Spellers said in an email.

Xandra Sharpe, who lives in the Greenbrier and Wooster area, credited Greer with helping her "gain back faith in the Church."

"I was in an evangelical setting and was growing more and more frustrated and heartbroken about where I saw the evangelical church going. It was turning into something I didn't recognize anymore. I still felt tied to that church and felt like it was my duty to stay. None of it was out of love anymore," Sharpe said in an email.

Sharpe said Greer showed her "that there is freedom from legality and duty and guilt." Sharpe's family left the church they had been attending the day after the 2016 election.

"Jerusalem encouraged me the whole time to take time for me and my family. She never pushed me to try out her church. It was so different [from] what we were used to."

Since then, Sharpe's family has been confirmed at St. Peter's Episcopal.

Greer "taught me so much about loving others, loving myself and loving Christ," Sharpe said. "She's just the coolest ... gal I've ever met."

Print Headline: Evangelism officer for Episcopal Church lives up to her name