The altar of the outdoor chapel was decorated with a large brass container of succulents and burgundy scabiosa. Music was by vocalist and instrumentalist Shaun Munday.

Given in marriage by her father, the bride wore a white crepe gown with a V-neckline and long sheer sleeves. She carried a bouquet of succulents, protea, burgundy scabiosa and eucalyptus.

Honor attendants were Dr. Lacey Parker of Memphis, sister-in-law of the bride, and Kristen Kaplon of Memphis. They wore off-the-shoulder tea-length dresses of burgundy velvet and carried bouquets of protea, eucalyptus and succulents.

Flower girl and ring bearer were Charlotte Parker of Little Rock, niece of the bride, and Liam Williams of Advance, N.C., cousin of the bride.

A reception, also at Lalumondiere, followed the ceremony. Tables were covered with gray velvet cloths and centered with various sizes of vintage brass containers filled with succulents or brass bud vases holdings scabiosa surrounded with moss and candles. Music was by Shaun Munday.

The groom received a bachelor's degree in business from Rockhurst University, where he was vice-president of Tau Kappa Epsilon. He is owner of FLO wood engraving and print studio and plans to attend graduate school next fall.

The couple are at home in St. Louis and plan a spring honeymoon to the East Coast. 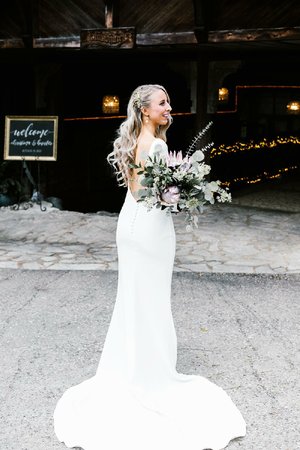