Parents of the groom are Elizabeth Collinge of Luxembourg City, Luxembourg, and John Cassin of London. He is the grandson of Kathleen Collinge and the late Raymond Collinge, both of Preston, England; and the late Anne and William Cassin of Larchmont, N.Y.

The altar held a small arrangement of wedding flowers. Music was by the New York Luminous Sounds String Quartet.

Given in marriage by her parents, the bride wore an ivory silk shantung column gown with an off-the-shoulder lace bolero. She carried a cascade of white orchids, roses and viburnum berries.

Andrew Cassin of London served as his brother's best man. Groomsmen were Simon Abdo of Los Angeles; Thomas Abbonizzio of Philadelphia; Walden Cash of Little Rock, brother of the bride; John Cassin of London and Stephen Cassin of Luxembourg, brothers of the groom; Benoit Kelecom of Luxembourg; Alexander Greeley, Robert Levins and Christopher Cassin, cousin of the groom, all of New York; Adel Baba-Aissa, James McLean and Jonathan Ussher, all of London.

A reception was held at The Metropolitan Club in New York which was decorated with various arrangements of roses, lisianthus, calla lilies and orchids. Music was by the Mike Herman Band.

The groom graduated with honors and a bachelor of laws from The London School of Economics and Political Science. He is a lawyer practicing corporate law and a partner at Kirkland and Ellis.

The couple will live in New York after a honeymoon in Anguilla, British Virgin Islands. 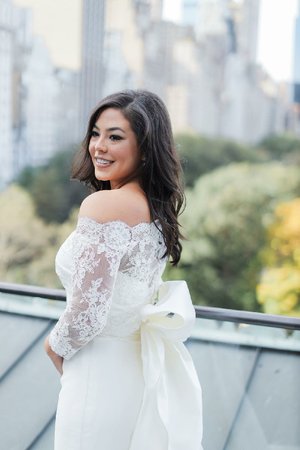