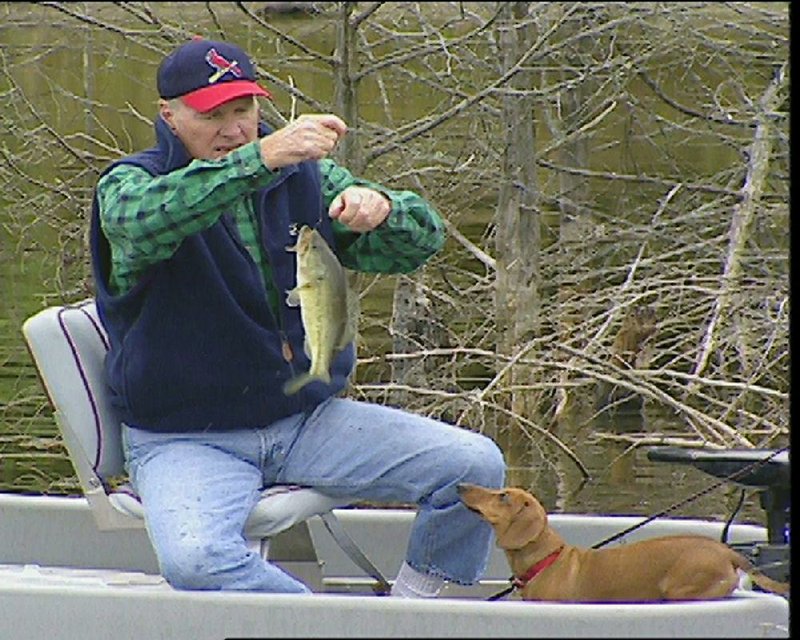 Jerry McKinnis, 82, a pioneer in outdoors cable TV programming, died Sunday of complications from a staph infection, according to family.

"Jerry was a great friend," Knight said. "We enjoyed a lot of the same things. We kidded each other about things. We both had great feelings for the outdoors. He was just a great friend. We lost a good man."

Smith said McKinnis filmed about 35 episodes with Knight. He said McKinnis' gift was his ability to humanize larger-than-life celebrities.

"He was just the greatest at doing what he did," Smith said. "He could take a guy like Ted Williams, Bobby Knight or just a guy like me and turn it into a story. He could capture the little intricacies of the moment."

McKinnis's greatest attributes, Smith said, were his sincerity and authenticity.

McKinnis broke into television in the 1960s during an eclectic career that included stints as a trout fishing guide on the White River, as a carpenter in Marion County and as manager of Maumelle Harbor on Lake Maumelle.

After a chance meeting on a dock at Maumelle Harbor in the 1960s, KATV's legendary sportscaster Bud Campbell invited McKinnis to give a live fishing report during Campbell's 10 p.m. sports segment. McKinnis pulled a mess of largemouth bass from a cooler and explained where and how he caught them.

The segment elicited such a strong response from viewers that KATV offered McKinnis a weekly five-minute segment that expanded into a 30-minute fishing show called The Arkansas Sportsman.

McKinnis filmed, edited and narrated the show. McKinnis continually invested in better camera equipment and upgraded his production. The result was a more refined show, The Fishin' Hole, which McKinnis syndicated.

A lifelong sports fan, McKinnis was a pitcher in the minor leagues as part of the Kansas City Athletics organization. He was enthralled by the appearance in the early 1980s of a new, sports only cable network was based in Bristol, Conn.

In 1990, ESPN packaged its entire lineup of outdoors content under the ESPN Outdoors aegis. McKinnis hired Tommy Sanders, an unknown Magnolia native, for voice-overs. Sanders soon became the voice and face of the franchise.

"At that time, Jerry was doing 52 shows a year for ESPN," Sanders said. "That was just a ton of stuff, and he did it all himself. It was unheard of. All the shows you see now have just 13 episodes a year."

Sanders said McKinnis was demanding and uncompromising. He could be harsh, Sanders said, but he was always fair.

"There's not a person in this business that didn't get a good butt-chewing from Jerry at one time or another," Sanders said. "He was a team guy. Athletics and sports were huge in his life, and he didn't want his 'team' to lose a single game. It was never personal, but his message was always clear: Falling short is never an option. Don't be the one to let the team down."

Sanders credited McKinnis for creating a programming format out of thin air.

"When I was a kid, the local weatherman down the street did a local outdoor show," Sanders said. "As far as syndicated shows, you had Gadabout Gaddis and Virgil Ward. Jerry came along and got it on ESPN. At one point, there was an outdoors block of programming every day on ESPN. There were no other outdoor channels. Now there are about six or seven. He invented the whole industry. His importance in the outdoors entertainment world can't be overestimated."

McKinnis' creative and innovative videography and production techniques, and especially his affiliation with ESPN, caught the attention of Fishing League Worldwide, which hired McKinnis in 1996 to package its tournaments. He helped turn FLW into a major sports organization

In 2000, ESPN bought the Bass Angler Sportsman Society. McKinnis, through his association with ESPN, helped turn BASS into a media and marketing powerhouse.

In 2010, McKinnis, Don Logan of Birmingham, Ala., and the late Jim Copeland bought BASS from ESPN.

Kevin VanDam, the most successful bass angler of all time, blossomed during the ESPN-McKinnis era. VanDam said McKinnis was one of the most influential figures in the history of professional fishing.

"In bass fishing, Jerry brought the television component to the next level when they started with FLW," VanDam said. "He brought it to a place where it had never been as far as coverage and the way they shot it. They were the first people to think of shooting from a helicopter. Most people will never appreciate how much Jerry did behind the scenes to elevate competitive fishing."

Anglers appreciated McKinnis, VanDam said, because he always advocated for their interests.

"Jerry had a deep passion for all the people," VanDam said. "He genuinely cared about the individuals in the game, the anglers. He worked hard to try to do the best he could to grow the sport through some challenging times, that period in 2008 when the economy, and the boating and fishing industries took a sharp downturn. He truly worked hard to make it the best that he could for all individuals in the game."

"His desire was to make bass anglers real professionals making real livings," McKinnis said. "We've been thru [a] lot [of] tough times in the bass fishing world. We owned BASS, and we were trying to keep the business afloat, but he never sacrificed the anglers. The business had to be healthy, but in his heart the anglers were always first."

In 2017, Jerry McKinnis and his partners sold their majority stake in BASS to Anderson Media Corp. At that time, McKinnis enjoyed semiretirement at his property at Rea Valley in Marion County. 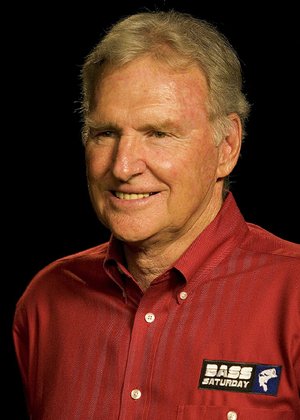