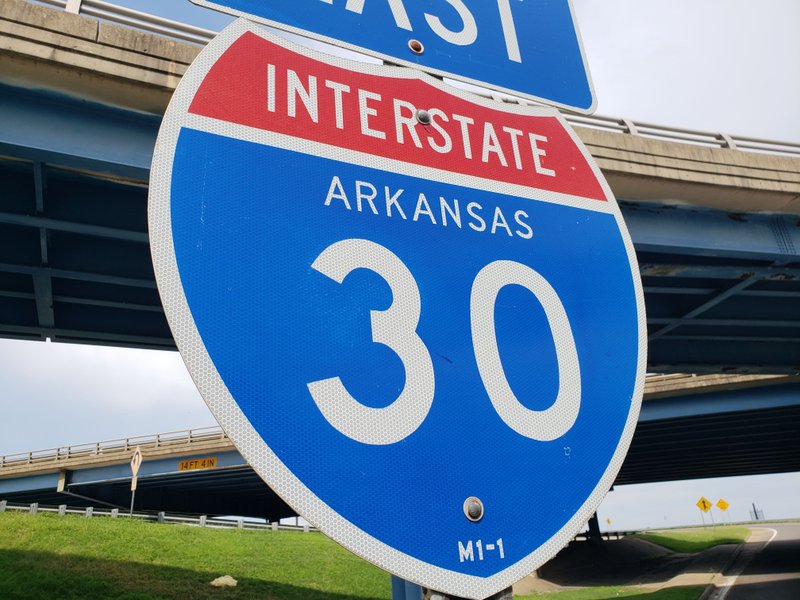 Two people were killed and a police officer was injured early Wednesday after a truck struck a passenger vehicle that was on the side of Interstate 30 during a traffic stop in central Arkansas, authorities and transportation officials said.

The crash happened shortly before 2 a.m. in the eastbound lanes of I-30 near the Reynolds Road exit in Bryant, according to Danny Straessle, spokesman for the Arkansas Department of Transportation.

Bryant police officer Seth Wakefield stopped a Nissan passenger vehicle that had defective equipment along the inside shoulder "next to the center median wall," said Sgt. Todd Crowson, a spokesman for the department.

When Wakefield returned to his patrol vehicle after the stop, an 18-wheeler struck both vehicles, according to a news release by Bryant police.

Adriana Greenwood, 23, of Pointblank, Texas, and Treylin Cranford, 19 of Little Rock, both passengers in the Nissan, were killed, according to an Arkansas State Police preliminary report.

Also Wednesday, a 76-year-old Mulberry man died when his car was struck head-on by another car on U.S. 64 in Mulberry at 6:04 a.m., according to a state police report.

Billy J. Smith was driving west on U.S. 64 when his 2002 Toyota was struck by an eastbound 2007 Chevrolet that had entered the westbound lane, the report said.

Andrew Head, 29, of Mulberry, the driver of the Chevrolet, was injured in the crash.