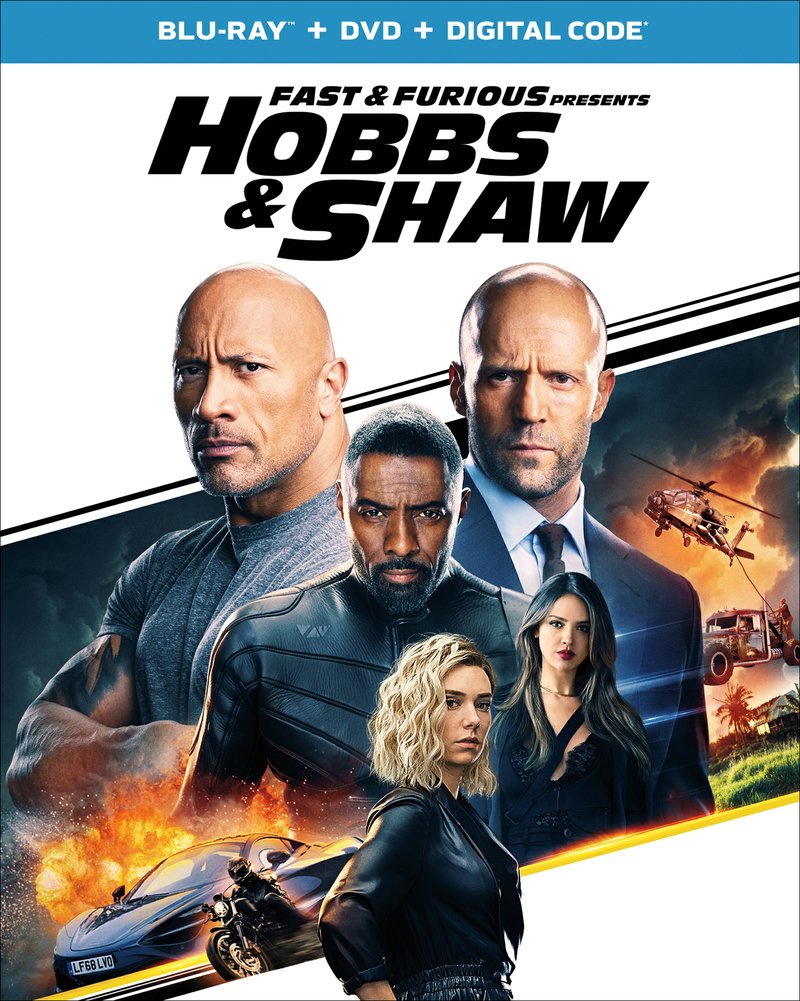 Regular readers know that I'm hopelessly smitten with Dwayne Johnson, which makes it difficult to be judicious about this latest in the Fast & Furious franchise.

Keep that in mind when I tell you that it's great if lightweight fun to watch Johnson as super-cop Luke Hobbs, teaming here with outlaw Deckard Shaw (Jason Statham) to challenge the superiority of a cyber-genetically enhanced bad guy who, as you might expect, is intent on ending the future of humanity.

Oh, I neglected (but did not forget) to mention that the bad guy is played by Idris Elba (The Wire, Luther, Pacific Rim), who's right up there with Dwayne Johnson in my ranking of actors with whom I am smitten. So don't expect any even-handedness here. With Vanessa Kirby (The Crown), Helen Mirren (The Queen, HBO's Catherine the Great).

Memory: The Origins of Alien (Not rated, 1 hour, 35 minutes) A densely layered and fact-laden documentary that discusses the origins of Ridley Scott's Alien, rooted in Greek and Egyptian mythologies, underground comics, the art of Francis Bacon, and the dark visions of Dan O'Bannon and H.R. Giger (who designed the alien). Directed by Alexandre O. Philippe.

The Kitchen (R, 1 hour, 42 minutes) Not all comic book series are destined to star on the big screen; this is one of them. An incoherent and nonsensical story concerns wives of New York gangsters in Hell's Kitchen in the 1970s who continue to operate their husbands' rackets after they're locked up in prison. With an overly qualified cast that includes Elisabeth Moss, Melissa McCarthy, Domhnall Gleeson, Tiffany Haddish, Common; written and directed by Andrea Berloff.

Ambition (not rated, 1 hour, 27 minutes) A so-so, decently constructed psychological thriller in which a confident and self-assured aspiring musician preparing for a competition runs into complications when deteriorating circumstances convince her that forces are working against her. With Sonoya Mizuno, Katherine Hughes, Giles Matthey, Jared Bankens; directed by Robert Shaye.

Scary Stories to Tell in the Dark (PG-13, 1 hour, 48 minutes) Imaginative and occasionally unnerving, this no-frills horror tale employs a mansion on the edge of a small town in 1968 as the setting where young Sarah turned her troubled life into a book of frightening stories, which proceed to leap off the pages into reality when a group of modern teenagers discovers them. With Zoe Margaret Colletti, Troy James, Michael Garza; directed by Andre Ovredal.