Rollback of tariffs said to be deal term 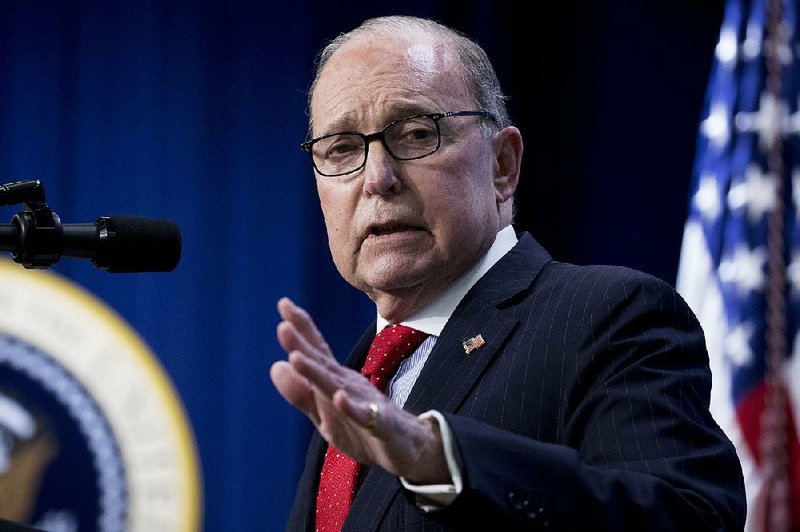 WASHINGTON -- The United States and China have agreed that an initial trade deal between the two countries would roll back a portion of the tariffs placed on each other's products, a significant step toward defusing tensions between the world's two largest economies.

The so-called phase one agreement has not been finalized, and a deal could fail to materialize as it has in previous rounds of negotiations. But if a pact is reached, the Trump administration has committed to rolling back some tariffs, according to people familiar with the negotiations.

The commitment marks the first time the United States has agreed to remove any of the tariffs it has placed on $360 billion worth of Chinese goods. While President Donald Trump canceled a planned tariff increase in October, he has routinely dangled the prospect of additional tariffs if Beijing does not change its economic practices and accede to America's trade terms.

The development suggests the two sides are moving closer to a deal that would provide relief to businesses and consumers that have struggled with the additional costs of tariffs. Trump and his Chinese counterpart, Xi Jinping, are facing increasing political and economic pressure to resolve their 19-month trade fight, which has inflicted pain on both sides of the Pacific.

Gao Feng, a spokesman for China's Commerce Ministry, said at his weekly news conference in Beijing that China was insisting that any deal include tariff reductions and that the United States had agreed to remove tariffs as part of an agreement.

"In the past two weeks, the leaders of the two sides have conducted a serious and constructive discussion on properly addressing the concerns of both sides, and agreed to cancel the tariffs by stages in accordance with the development of the agreement," he said.

Gao did not specify what tariffs might be dropped, or when.

White House economic adviser Larry Kudlow confirmed the advance in negotiations. "If there's a phase one trade deal, there are going to be tariff agreements and concessions," he said. The negotiations are ongoing and a time or place for the signing of any pact is yet to be determined.

Gao's statement that China would insist on canceling some tariffs was a subtle shift from his previous comments, which were somewhat less specific on what China required for an interim agreement.

"If China and the United States reach the first phase agreement, according to the content of the agreement both sides should cancel added tariffs at the same time with the same proportion," he said. "This is an important condition for reaching an agreement."

Nearly four weeks after Trump said the two sides had reached an "agreement in principle," the White House and China continue to haggle over terms. These include the extent to which the U.S. will roll back tariffs on Chinese imports as well as specific Chinese pledges to protect the intellectual property and trade secrets of U.S. companies.

Some other provisions are largely complete, including ones that govern currency moves and the opening of China's financial services market to foreign companies.

"Our understanding is the two sides are very close to an agreement," said Myron Brilliant, executive vice president for the U.S. Chamber of Commerce. "The timing is still to be determined."

Investors have already begun anticipating some type of resolution. Stocks soared Thursday after Gao's comments, but the stock rally faded in the afternoon.

Last month, Trump announced that he would drop his plan to increase tariffs to 30% on Oct. 15 as part of a first-phase trade deal, but made no mention of the tariffs he had already placed on more than $360 billion of Chinese products.

Since then, the United States has begun considering rolling back tariffs put in place Sept. 1 on more than $100 billion of Chinese food, clothing, lawn mowers and other products, according to people briefed on the discussions.

Markets, which Trump pays close attention to, are increasingly optimistic about the chances for a deal and have been rising steadily.

"We can be cautiously optimistic here," said Mary Lovely, a trade economist at the Peterson Institute for International Economics in Washington. "The signals that are coming out are moving in the right direction for a deal."

While markets are booming, farm and manufacturing states continue to struggle under the weight of Trump's trade war, which has included retaliatory tariffs on U.S. goods.

The fight has brought the economies of several farm belt states to a near standstill, data released by the Commerce Department on Thursday showed. From the middle of 2018 through the middle of this year, growth in Iowa, Kansas and Nebraska slowed to less than 1% for the year, well below the more rapid expansions they had enjoyed in the first half of 2018.

While the Trump administration has insisted that Americans are not bearing the brunt of the tariffs, business and farmer groups disagree.

The lobbying group Tariffs Hurt the Heartland released a report this week that found that U.S. consumers and businesses have paid an additional $38 billion in tariffs between February 2018 and September 2019 as a result of the trade war.

"This data offers concrete proof that tariffs are taxes paid by American businesses, farmers and consumers -- not by China," said Jonathan Gold, spokesman for Americans for Free Trade. "This is why removing tariffs must be a part of the phase one deal."

The trade war has inflicted pain on both sides. U.S. tariffs now cover more than two-thirds of the products it imports from China, while Chinese tariffs cover 58% of China's imports from the United States, according to tracking by Chad Bown, a senior fellow at the Peterson Institute of Economics.

The trade war has contributed to a slowdown in China's economic growth, while economists have increasingly warned of the impact on the United States

Previous plans for Xi and Trump to meet on the sidelines of the Asia-Pacific Economic Cooperation summit meeting in Chile in mid-November were also thrown into disarray when the Chilean government canceled the meeting because of street protests.

Trump has expressed a preference for a signing in the United States, but locations in Europe and elsewhere also have been considered. Administration officials say that talks are still proceeding under roughly the original timeline, though the signing could be delayed somewhat.

The United States and China were close to a deal in early May. But when the draft agreement was broadly distributed within the Chinese leadership, its contents provoked worries about the extent of China's concessions. China's trade negotiators quickly demanded extensive changes in the agreement.

Information for this article was contributed by Ana Swanson and Keith Bradsher of The New York Times; by Sybilla Gross of Bloomberg News; and by Joe McDonald and Christopher Rugaber of The Associated Press. 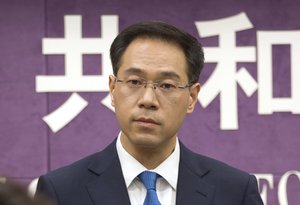 Print Headline: Rollback of tariffs said to be deal term