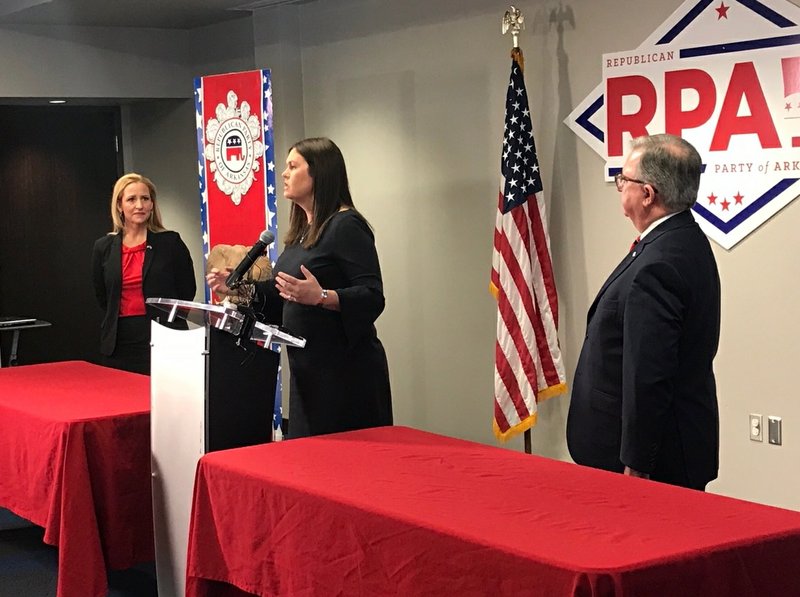 Huckabee, an Arkansas native, said she wished to “convey our strong support of the president” ahead of his reelection campaign.

The Republican Party will officially file paperwork with the Secretary of State’s office to have Trump’s name placed on the 2020 ballot later this afternoon.

Asked if Trump would make a stop in Arkansas for one of his signature rallies, both Rutledge and Sanders said they were hopeful he would — even if his campaign faces a tougher fight in other states.

“He doesn’t have to because this is going to be a state that votes for Donald Trump,” Sanders said.

The only other candidate that has filed for the Republican presidential nomination in Arkansas is perennial candidate Roque "Rocky" De La Fuente.