Arkansas up a bit in safety at hospitals; 4 centers get A grades, 7 get D's 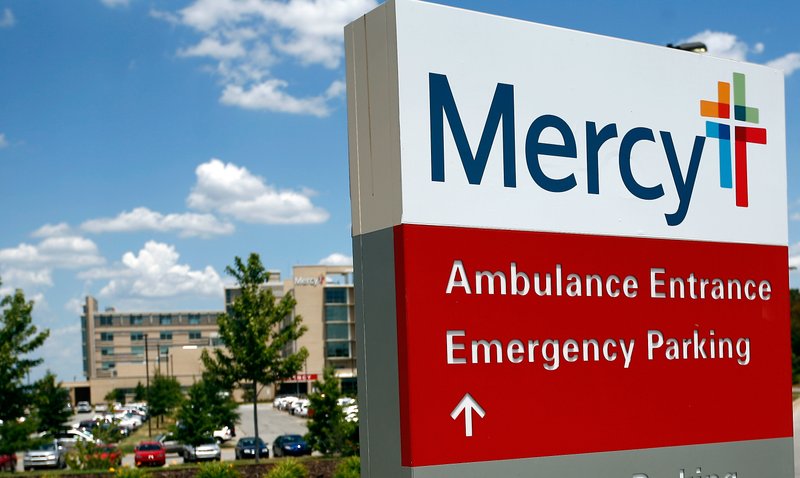 Mercy Hospital in Rogers is seen in a 2012 file photo.

Arkansas' performance edged up on a twice-yearly assessment of hospital safety, jumping from a 45th to 42nd among states.

In a report published Thursday by The Leapfrog Group, a nonprofit watchdog focused on health care safety issues, four Arkansas hospitals earned an A safety grade -- double the number of facilities that earned that grade in May.

Jefferson Regional Medical Center in Pine Bluff, the state's fourth-biggest hospital, slipped to an F ranking. It was the state's only such grade and the facility's first since at least spring 2016, the earliest year for which grades were listed.

D safety rankings also were posted for seven Arkansas facilities, including three in Pulaski County. Hospital grades, what contributed to their scores and state comparisons are available online: hospitalsafetygrade.org.

Brian Thomas, Jefferson Regional Medical Center's president and chief executive, said in a statement that while the hospital wasn't surprised by the results, the grade was not representative of today's care at the center.

"Over the last eighteen months, we have placed renewed focus on quality, safety and the patient experience. We are proud of our progress," he said. "We remain dedicated to the patients in South Arkansas and believe that measuring health care quality is not as simple as applying a letter grade."

According to the report, trouble spots at the 471-bed hospital included worse-than-average scores for blood, surgical site and urinary tract infections; for surgical complications such as breathing problems; and for patient injuries and falls. Data was gathered during different time periods ranging from July 2016 through this year.

The Leapfrog Group's biannual analysis aims to bring "patient safety into the sunlight," with the end goal of curtailing preventable deaths, the nonprofit's report said. The group was formed in 2000 by large employers and other purchasers of health insurance to push for big strides in the quality and safety of U.S. health care, its website says.

Overall, the report tracks 28 safety factors, which have been used to assign grades since 2012.

Data from public sources such as the federal Centers for Medicare and Medicaid Services is used for the assessments, and hospitals can self-report some information, though they aren't penalized if they don't participate in Leapfrog surveys that began in 2001.

It was the first top score for St. Bernards since at least 2016, and hospital vice president of medical affairs, Dr. Kasey Holder, said the hospital was "excited" about the announcement.

"Team members across our organization -- from physicians to nurses to administrators -- made improving our quality and safety processes and outcomes a priority," she said. "Patient safety has always been our number one concern."

Mercy officials also touted the results, saying in a news release that the two A-ranked hospitals joined seven of its sites in Oklahoma and Missouri in earning the best grade. Five Arkansas hospitals are part of the nonprofit group.

"I'm blessed to work alongside so many dedicated and caring people who have a passion to get health care right," he said.

The report was released to coincide with the 20th anniversary of a landmark academic study of medical errors that estimated 100,000 people die every year from preventable mistakes in health care facilities.

That study, To Err Is Human: Building a Safer Health System, argued that the problem was not with individual health care professionals, but with systems that could be improved to keep patients safer.

"In stark contrast to 20 years ago, we're now able to pinpoint where the problems are," said Leah Binder, Leapfrog Group president and CEO.

"Encouragingly, we are seeing fewer deaths from the preventable errors we monitor in our grading process."

Nationally, roughly 92% of hospitals earned an A, B or C in the group's fall rankings. About 8% earned a D and fewer than 1% earned an "F."

In Maine, 59% of hospitals earned an A grade, the most in the nation. There were no A hospitals in Wyoming, Alaska or North Dakota.

A Johns Hopkins Armstrong Institute for Patient Safety and Quality white paper accompanying the report estimates that bringing all hospitals' safety record up to match that at A-graded ones could save more than 50,000 lives each year.

Print Headline: Arkansas up a bit in safety at hospitals; 4 centers get A grades, 7 get D's