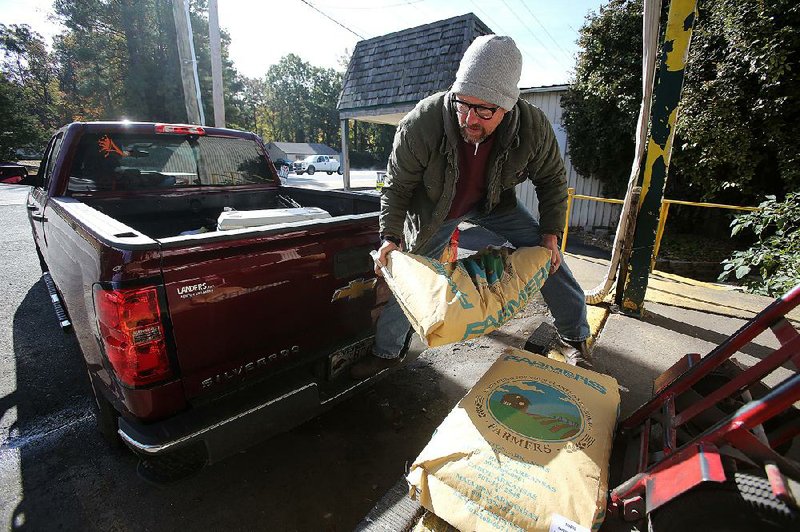 Nearly half a million hunters will go afield today in hopes of bagging a whitetailed deer during opening day of modern gun deer season.

Though best known for its world-class duck hunting, Arkansas is also one of the South's top deer-hunting states for numbers of deer and quality of bucks, or male deer. Opening weekend of the modern gun deer season is also our state's biggest event in terms of participation.

BAG LIMIT Varies by zone. Hunters may kill as many as six deer, but no more than two legal bucks.

LEGAL BUCK Varies by zone. In most of the state, a legal buck must have at least three points on one antler. There are no antler point requirements in Zones 1, 1A, and 2, and portions of Zones 6, 6A, 7, 8 and 11. Button bucks in those areas count as antlerless deer. Check the Arkansas Hunting Guide for details.

SHOOTING HOURS 30 minutes before sunrise until 30 minutes after sunset.

GAME CHECK Hunters can check deer by calling (877) 507-4263, going to agfc.com or with the AGFC’s smartphone application.

DON’T FORGET Hunters are required to wear a fluorescent cap and vest or jacket and must possess a proper hunting license and tags. Hunters who don’t check their deer electronically at the site of the kill should carry an ink pen and a rubber band, length of wire or zip tie so they can fill out their tag and attach it to their deer before transporting. Hunters born on or after Jan. 1, 1969, must be hunter education certified.

Arkansas hunters kill an average of one deer per person annually.

53% of hunters actually kill a deer.

Since 2013, the AGFC has offered certificates for hunters who kill their first deer. You can paste a photo into the certificate document online and print a certificate worthy of framing.

Keith Stephens, chief of communications for the Arkansas Game and Fish Commission, said about 300,000 licensed hunters usually take part in opening day of modern gun deer season. If you include those younger than 16 and seniors older than 65, he said the number is closer to 500,000.

"Opening weekend of modern gun deer season in Arkansas is a historical event," Meeker said. "We will harvest between 35,000 and 40,000 deer on Saturday and Sunday. That's a pretty significant percentage of our total deer harvest, which we expect will be over 200,000."

Hunters checked 210,065 deer during the 2018-19 deer seasons. Of that total, 156,843, or 74.7%, were killed during the modern gun season. According to the Arkansas Game and Fish Commission's 2018-19 Deer Harvest Report, hunters killed 123,422 in November, nearly 60% of the total. Hunters always kill the biggest percentage during opening weekend of modern gun season.

Arkansas schedules its modern gun deer season to coincide roughly with the rut, or the whitetailed deer's breeding period. According to the Game and Fish Commission's rut map, the rut historically occurs from Oct. 28-Nov. 11 across the Arkansas River Valley, parts of the Ozark foothills, and in Saline, Garland, Hot Spring, Yell, Clark, Nevada, Washington and Madison counties.

For the fourth consecutive season, the AGFC will sample large numbers of deer for chronic wasting disease, a fatal, communicable disease to deer that so far is concentrated in the Ozarks region. The Game and Fish Commission encourages hunters to have their deer tested.

Detailed information about chronic wasting disease in Arkansas is available online at arkansascwd.com. The site also lists CWD testing locations and options, as well as veterinarians and taxidermists who are participating in the sampling effort.

For those who don't hunt private land, Arkansas offers more than 3 million acres of public hunting in the Ozark and Ouachita national forests. About 25% of Arkansas' deer hunters pursue their game on public land. Hunters killed 11,827 deer on public land in 2018-19, including 5,538 antlered bucks and 5,573 does.

Deer hunters are required to wear a fluorescent cap and vest or jacket during the modern gun season. They also must possess a hunting license and proper tags, and should carry an ink pen and a rubber band, length of wire or zip tie so they can fill out their tag and attach it to their deer before transporting it.

Successful hunters can check deer using a smartphone with the AGFC's game check application at www.agfc.com, or by calling (877) 507-4263.