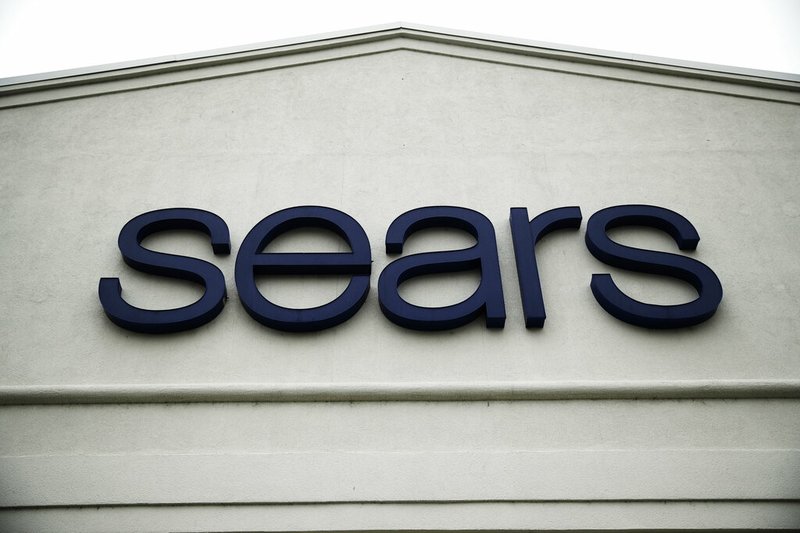 FILE - This Oct. 15, 2018 file photo shows a sign for a Sears Outlet department store is displayed in Norristown, Pa. Multiple media outlets reported early Wednesday, Jan. 16, 2019, that billionaire Eddie Lampert has won a bankruptcy auction after strengthening his bid in several days of negotiations with creditors. Lampert, Sears' chairman and largest shareholder, upped his offer to more than $5 billion and added a $120 million cash deposit through an affiliate of his ESL hedge fund. (AP Photo/Matt Rourke, File)

The parent company of Sears and Kmart plans to close 96 stores by February, including the only remaining Sears store in Arkansas.

That will leave Sears and Kmart with just 182 stores, fewer than half the number remaining when Transformco bought the retailer out of bankruptcy earlier this year. Transformco is controlled by Sears' former chief executive, Edward Lampert, and his hedge fund, ESL Investments.

Transformco also secured $250 million in financing in the run-up to the Christmas season from lenders, including Lampert and his hedge fund, and a third-party investor, the company said in a statement Thursday. Lampert's portion of the financing was significant but less than half the total sum, Reuters reported Thursday, citing people familiar with the transaction who were not authorized to publicly discuss portions of the deal.

The new capital will support efforts to focus on "competitive strengths" while making cuts to pieces of the business that have struggled, the company said in its statement.

"This is an acceleration of the death march that Eddie Lampert began when he combined Sears and Kmart over a decade ago," said Burt Flickinger, managing director of the retail-advisory firm Strategic Resource Group. "It is a classic illustration of how most Wall Street types have a deficient understanding of what's required for a Main Street retail company to be effective."

Sears spokesman Larry Costello confirmed Friday that Sears will close its store in North Little Rock's McCain Mall, the last full-service Sears-owned retail outlet in Arkansas. The company offered no details on the number of employees affected by the shutdown, which is expected by February. A going-out-of-business sale at the McCain Mall store is scheduled to begin Dec. 2, Costello said.

A statement from Transformco, which owns the Sears assets, said that Sears Hometown Stores will continue to operate after being purchased by an affiliate of Transformco. There are 19 Sears Hometown outlets in Arkansas, spread across predominantly rural areas. Those locations are smaller-format Sears stores that focus on home products, appliances, lawn and garden offerings, tools and sporting goods.

The North Little Rock Sears store was a primary anchor in McCain Mall when it opened in March 1973.

Financial troubles experienced by Sears' ownership also have led to the closing of several Kmart stores across Arkansas. The Sears store in Little Rock, at I-630 and South University Avenue, was closed in 2016 and that property has been razed to prepare for development of the District at Midtown, a restaurant and hotel project.

Less than a year ago, Lampert and his hedge fund said they believed Sears could succeed as a profitable company and that their bid to rescue the bankrupt retailer from liquidation would keep stores open and save jobs.

But the company, once the nation's largest retailer, said it has since faced "a difficult retail environment and other challenges."

Transformco said Thursday that it plans to focus on its better-performing stores and its service businesses, and that it expects to "realize a significant return on our extensive portfolio of owned and leased real estate."

Lampert's hedge fund, ESL, can recoup some of its investment in Sears through the sale of properties it closes, but the hedge fund may need some help, according to Jim Sullivan, an equity research analyst at BTIG who follows the commercial property industry.

"To develop these assets and maximize the returns you really need to be working with one of the major established retail real estate developers," Sullivan said.

Sears also said it would benefit from the recent reacquisition of the 400 Sears Hometown stores. Sears sold its interest in Sears Hometown in 2012. The company opened three Sears Hometown stores in May. But in August, it announced plans to close 26 Sears and Kmart stores this fall and said it planned to eliminate about 250 jobs at its Hoffman Estates, Ill., headquarters.

Transformco's statement did not rule out additional store closures.

"We will continue to evaluate our Sears and Kmart footprint, consistent with our overall retail and service strategy," the company said.

Gabriella Santaniello, founder of retail consulting firm A Line Partners, said she's not surprised by the latest round of store closures from Sears, and that it makes more sense for the company to focus on the Sears Hometown chain.

Sears has "lost so much of their footprint and their relevance with the American consumer," Santaniello said. "It's not that crazy of a strategy for them to just focus on" appliances, she said, adding that "in terms of apparel and being a competitor in that space, that ship has sailed completely."

Information for this article was contributed by Andrew Moreau of the Arkansas Democrat-Gazette; by Lauren Zumbach of the Chicago Tribune; and by Eliza Ronalds-Hannon and Lauren Coleman-Lochner of Bloomberg News.