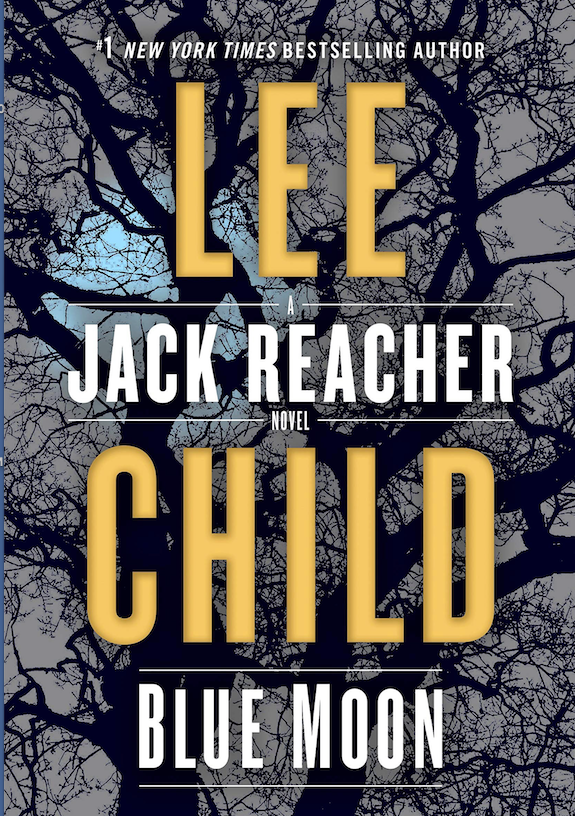 What's more, I don't believe in it, as much as I've seen it done. Most of the novels that end up on the best-seller lists are objectively bad books. James Patterson and David Baldacci and some of the others aren't very good writers.

But not all popular fiction is lousy. I don't read much Stephen King, but I respect him. His On Writing: A Memoir of the Craft is one of my favorites, and one of the very few I think might be helpful to aspiring writers.

John Grisham thinks about what he's doing. I went off on a James Lee Burke kick about 20 years ago. Some of the Scandi-crime guys -- Jo Nesbo, especially -- are all right. Some of the others are just making a really good living. I don't blame them, but don't read them.

But I read Lee Child and his violent Jack Reacher books. Not every one. And, like everyone else, I like them. They go down easy. They pull me along from chapter to chapter. I don't quite understand why.

I can deduce this because I've just read Martin's second book (or meta-book) about Child and Reacher, With Child (Polity Press, $16.95). With Child is about the aftermath of the writing of Make Me, i.e., it follows Child as he goes on various publicity missions and interviews some of the author's most interesting fans about Reacher's appeal.

It's kind of hyperbolic, at times really honest (Child somehow is allowed to review a David Lagercrantz novel that figures to contend with Make Me for the top of the charts; The New York Times somehow publishes Child's "ungenerous" review to the delight of both the author and his Boswell) and allowed me to catch up with one of the most intriguing figures on the periphery of literary universe of the past 30 years or so. (Sam Fussell, who now lives in Montana, hunts his own meat and works as a rescue and recovery diver for a sheriff's department. While there's no reason to believe that Child knows anything about Fussell, if you're looking for a real-life Reacher analog, he may be it.)

Anyway, I treated With Child like airport fiction -- devouring it in two flights. Which is what the author probably wanted, that we read his criticism like we eat ice cream. It was fun, but I'm left with doubts as to whether Reacher novels are really better than -- to use Child and Martin's favorite exemplar of Quality Literature -- Jonathan Franzen, but I'm pretty sure nobody should feel guilty about liking them either. Martin's book is snarky and great fun but obviously pitched to true believers.

What I like about Child's Reacher novels is a certain economy of style; what Child and Martin would probably call a nonstyle. It's all action, very little reflection, and in the most recent issue, Blue Moon (Delacorte, $28.99), Child even dispenses with a sense of place. It's set in a nameless anywhere, the type of small city that Reacher can carry around in his head, that he doesn't need to survey to know. (Because people are such predictable animals and Reacher understands them, even though he doesn't think of himself as particularly bright.)

Reacher is just your average 6-foot-5, 250-pound knight errant, riding the bus to nowhere when he's distracted by a young man eyeing an old man's envelope full of cash. So he gets off the bus in nowheresville when the old man and the kid get off and he stops the mugging (actually he doesn't prevent the mugging, which he could have, simply by clearing his throat at the appropriate time, but that wouldn't have allowed him license to rough the punk up) and becomes involved in the old man's life and troubles.

Which involve Ukrainian loan sharks and a turf war with Albanians.

It doesn't stand up to scrutiny, though Child has an eye for detail and wastes very little. Reacher goes home with the waitress, the way he always does and extracts justice by any means necessary. It's impressive that Child lets this all play out on the literary equivalent of an empty stage, devoid of any significant markers of place.

Sure, it's formula fiction, but maybe it isn't. Child tells Martin he never knows what's going to happen next, that he simply makes it up as he goes along, that there's no twisty ending that he works backward from, no note cards pinned upon a board to be shuffled about. His only rule is to write the fast parts slow and the slow parts fast.

It works, for him at least. Your mileage may vary.