Boom after Obama’s 2014 declaration of detente fades with Trump’s moves by MICHAEL WEISSENSTEIN THE ASSOCIATED PRESS | November 10, 2019 at 1:47 a.m. 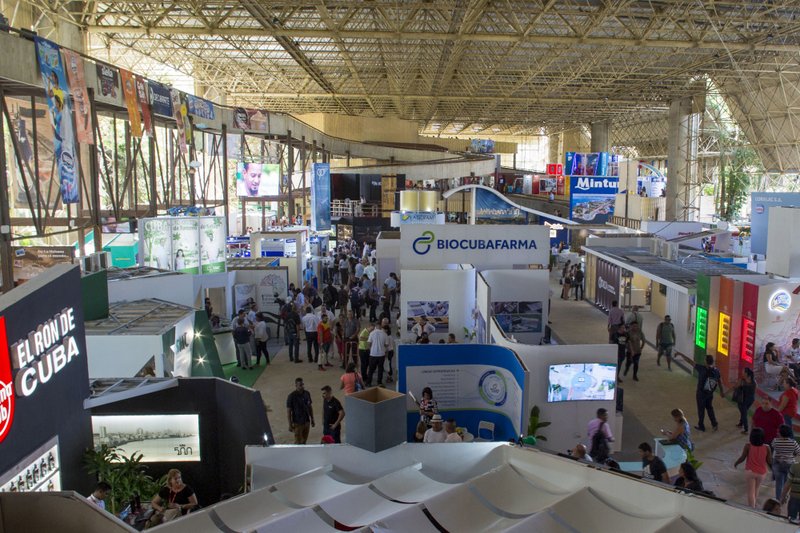 HAVANA -- The Havana International Trade Fair is where Cuba puts the best face on its struggling economy.

There are state-run restaurants stocked with fresh food; shiny displays of electric motorcycles from traders in Panama; dozens of Cuban government companies offering goods from cigars to farmed shrimp.

One dark spot this year was the American section, where the U.S. presence has shrunk from dozens of companies during the Obama administration to a handful today. Some say they may not last another year of Trump administration sanctions.

After President Barack Obama's 2014 announcement of detente with Cuba, the annual trade fair was swarmed with American businesspeople hunting opportunities. There were dozens of U.S. companies, state trade offices and associations, including the U.S. Chamber of Commerce. Cuban-American businesspeople prowled the aisles, discussing the possibility of a return to the island after decades in exile.

The unprecedented boom didn't last long, as companies began to realize the difficulty of doing business in Cuba, where a centralized bureaucracy must sign off on all foreign investment, and American business is particularly sensitive.

But the American presence started shrinking in earnest after President Donald Trump's 2017 announcement that he was reversing Obama's opening to Cuba, followed by two years of increasingly tough sanctions on Cuba and its closest ally, Venezuela.

This year, Cuba has found it harder to do business internationally. The U.S. is pressuring banks to cut ties with the island and sanctioning tankers that provide oil from Venezuela.

There are sporadic shortages of common products, gasoline and diesel, and a perennial government cash crunch has worsened.

Jay Brickman, vice president of Cuba services for Crowley Maritime, a major global shipper in Florida, said the company had seen its business with Cuba drop roughly 20% this year.

An exception in the U.S. trade embargo on Cuba allows American companies to sell food to the communist government, and Crowley moves most of the soybeans, chickens and other agricultural products that travel from the U.S. to Cuba.

Looking out onto the mostly empty American section of Pavilion 7 at ExpoCuba, a 30-year-old fairground and convention center on the outskirts of Havana, Brickman said he fondly remembered his first Havana trade fair, in 2001, after the U.S. legalized the sale of agricultural products to Cuba.

He said there were hundreds of American companies, and even American cows were brought in to sell Cuba on the benefits of U.S. livestock.

With the exception of the Obama years, the past two decades have not lived up to that promise, Brickman said.

"It's a lot more ebb than flow," he said. "The spirit of all that began to fade away."

During Trump's presidency, Cuba has been looking to buy farm products from countries besides the U.S., and Crowley's business to Cuba has been dropping to the point where its sustainability is in question.

"Our commitment is to continue to be here if it's all economically possible," he said.

Thousands of Cubans and foreigners swarmed pavilions with Spanish, Panamanian, Venezuelan and other stands from dozens of other countries. Besides Crowley, the American section of the fair had a couple of small Florida import-export firms, and a Guatemala consultant for the U.S. poultry and egg association.

The highest-ranking U.S. official at the fair appeared to be Virginia Agriculture Secretary Bettina Ring, at the head of a small delegation that she said showed her state's continued commitment to sell modest quantities of soybeans and chicken to Cuba.

Given the uncertainty of international trade, delegation members said, Virginia valued Cuba's regular purchases of farm products from the state.

"Cuba has been a reliable market," spokesman Stephanie Agree said. "We've got to keep the friends we have."