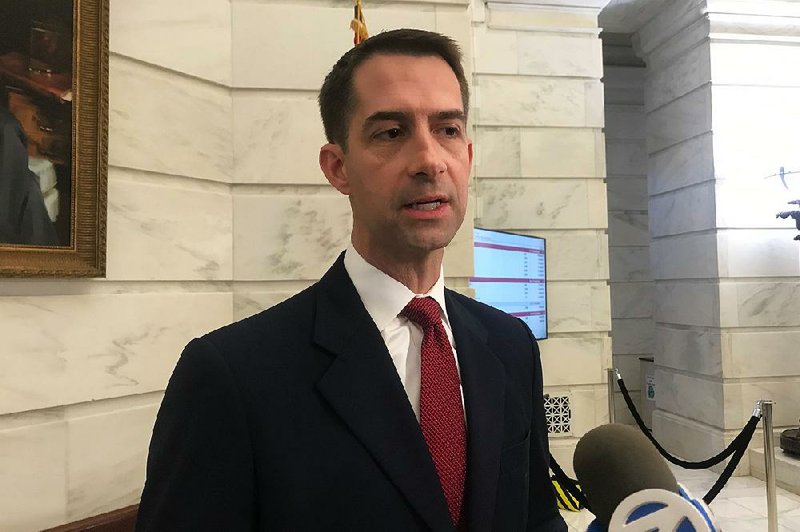 Republican U.S. Sen. Tom Cotton talks to reporters after filing for re-election at the Arkansas state Capitol in Little Rock, Arkansas on Monday, November 4, 2019. Cotton and Democratic challenger Josh Mahony were among dozens of people who made their candidacies official on the first day of filing for the 2020 election.

WASHINGTON -- Thousands of federal buildings were once required to display flags honoring prisoners of war and those missing in action -- but only on Veterans Day and a handful of other occasions.

Soon, the black-and-white banners will be appearing year-round at the Capitol, the White House, the Pentagon and at post offices from coast to coast.

"The POW/MIA flag will now fly at all major federal institutions as a visual and symbolic reminder that we will never forget those who served our nation and have not yet come home," the lawmaker from Dardanelle said in an interview. "I was very pleased to sponsor this legislation in the Senate, and I'm glad that the president has signed the bill into law."

More than 82,000 Americans are still missing in action, Cotton said.

All major military installations, Veterans Affairs medical centers and national cemeteries must now display the banner on "all days on which the flag of the United States is displayed," the law states.

The U.S. State Department and a handful of other federal offices are also affected.

Veterans groups had favored the legislation, which was introduced earlier this year.

Warren and Cotton teamed up on similar legislation last year.

"Even though we have some big differences in Congress, there are still some things that can bring us together, and this is certainly one of them," Cotton said.

While growing up in Oklahoma, Warren watched her family members answer the call to serve.

"All three of my veteran brothers came home safe after their service, but many do not," Warren said in a news release Friday. "This bipartisan law ensures that the POW/MIA Flag is consistently and prominently displayed and that we never forget those servicemembers who have not returned home."

Lawmakers have designated the POW/MIA flag as "the symbol of our Nation's concern and commitment to resolving as fully as possible the fates of Americans still prisoner, missing, and unaccounted for in Southeast Asia."

U.S. law does not require that the flag be flown from a flagpole. It must, however, be displayed "in a manner designed to ensure visibility to the public." At some locations, the law calls for the flag to be kept in a "case of display."

"This is a historic victory for every man and woman who courageously defended this nation and remain unaccounted for," he said. "Today's presidential signing and the daily display of the POW/MIA flag at all prominent federal properties now serves as a daily reminder that these heroes, and their families, are forever etched in our DNA."

The POW/MIA flag, which dates to the Vietnam War, includes the silhouette of a U.S. service member, head bowed, with a guard tower and a strand of barbed wire behind him. The acronyms "POW" and "MIA" hover above him. Beneath him are the words: "You are not forgotten."

Mary Helen Hoff, a Florida mother of five whose husband disappeared in January 1970, came up with the idea for a flag nearly five decades ago.

The Vietnam War ended April 30, 1975, but demand for the POW/MIA flag continued. Today, it is the flag company's second-best-selling flag, surpassed only by the stars and stripes.

Mark Lane Stephensen II, vice chairman of the National League of POW/MIA Families, was among those supporting the legislation.

"For us as families, [the flag] is the ultimate symbol of those who sacrificed and who remain unaccounted for," he said.

Stephensen's pilot father, Air Force Col. Mark L. Stephensen, was listed as missing in action after his plane went down in North Vietnam. His remains were repatriated in 1988.

The sacrifice made by prisoners of war and those missing in action must never be forgotten, the son said.

The obligation to bring them home remains as well, he said.

"We as Americans, I've found, we have a short attention span, and we need to be reminded of these things," he said. 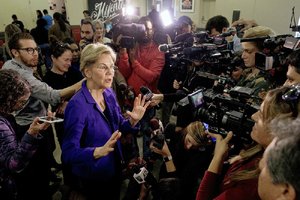